Dems tremble before Alexandria the Great 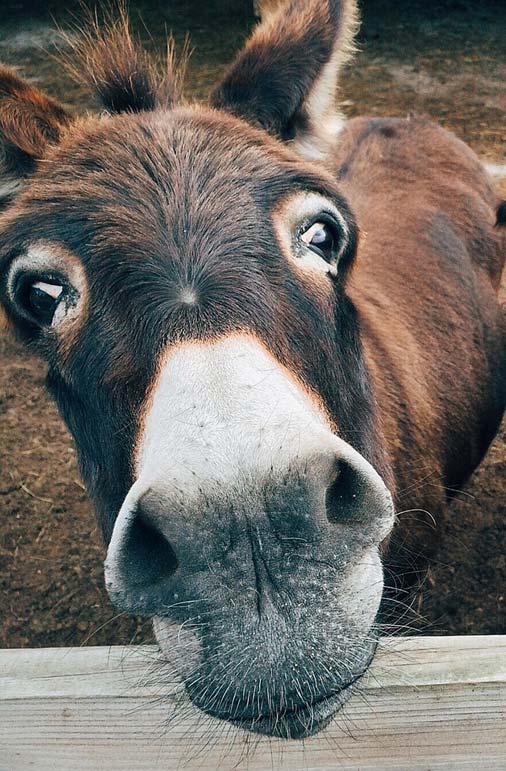 The Democratic political establishment is calcified and shaky on its aging, aching feet, not knowing what to do with Alexandria the Great.

Do they bend the knee? Do they dare oppose her and the movement she represents?

Meanwhile, establishment mock with the same simpering, self-satisfied snickers they once applied to , before he was elected president to kick them in their sensitive parts.

By contrast, establishment understand her. She's the face of an energized hard-left movement pushing them further and further to the left. And there's not a damn thing they can do about it.

They're somewhat afraid of her, now that she defeated 10-term incumbent Rep. of , who was in line for a prominent leadership role until she crushed him in the Democratic primary a month ago.

She's a rock star. She looks good on TV. She's young, and excites young voters who didn't much like the constant hectoring of and the Democratic Party that that rigged the last presidential primary against Sanders, helping to usher in Trump.

And not some wealthy Champagne socialist, but a real one, a organizer, though with a harder edge than old Bernie. He folded rather than push Hillary out of the way. She's not folding. She's herding.

Alexandria is a hard lefty, much farther to the left than the big government elite Democratic Party apparatchiks.

The praise her ostentatiously and hope to use her. But you can hear the trembling in their voices, fearful that Alexandria the Great -- like that little boy in the old "Twilight Zone" episode -- might just wish them off into the cornfield.

"I have three kids, two of whom are daughters," Chairman said recently in an interview with liberal radio host . "One just graduated college, one who is in college, and they were both texting me about their excitement over Alexandria because she really -- she represents the future of our party."

The future of the Democratic Party?


She had a disastrous coming-out on the reboot of "Firing Line," flubbing easy questions on the economy: "Well, unemployment is low because everyone has two jobs." And though she proved she has the left's visceral hatred of , when pressed she said she was "not the expert on geopolitics on this issue."

of The wrote, "Most of the time Ocasio-Cortez opened her mouth only to change feet."

It was a great line. But she'll improve. Her message isn't for , but for the Democratic Party:

Abolish ICE (the bureau) and effectively end enforcement at the border; mandate a national $15 per hour minimum wage; promise "free" health care for all, and "free" college tuition; and drop some hate on .

You may argue that such policy goals are unworkable, unaffordable, maybe even somewhat idiotic and threatening. But that's irrelevant.

It's chant. Those candidates who refuse to sing this chant may find themselves, as Lenin would say, "on the wrong side of history."

For , the great push leftward -- especially the call for what amounts to open borders -- may play well on America's two left coasts. But it won't help woo the working class in , and , which abandoned the for Trump in 2016.

And it may just help Trump in 2020 by ensuring the nominate some looney-tune.

Moderately left of center met in recently for their conference, to argue that a progressive wasn't the way to go. But possible Democratic headliners stayed away. They don't want to be shamed.

Elsewhere, New York Democratic Sen. , who loved the Clintons before the #MeToo movement overwhelmed her support for Bill, now wants to abolish ICE if take in the 2018 midterm elections.

"So, when we flip the House and flip the , I think the first thing we should do is deal with the children who have been separated from their families at the border," she said. "I think we should get rid of ICE."

The revolution so far has not been televised. The American news media, which are overwhelmingly liberal but eagerly wedded to the establishment class, have spent much of their time since railing against Trump.

The shrieking from the helps bind the Democratic tribes against their common orange-haired enemy. But all the wildly emotional virtue signaling has obscured something.

It is the legitimate anger of those on the left as to how they were treated in 2016, when insulated themselves against democracy by rigging the primaries against Sanders, using the leverage of superdelegates for Clinton and taking all that cash.

Sanders voters, many of them young, passionate and idealistic, see the Democratic establishment in much the same way that young libertarians and conservatives viewed the Republican establishment in the last political cycle:

As corrupt, cynically self-serving and in the way.

Those who understand politics know that Trump was a symptom, not a cause.

And so is Alexandria the Great.

To their peril, mock her without understanding. understand but can't help bobbing like corks at sea in the wind.