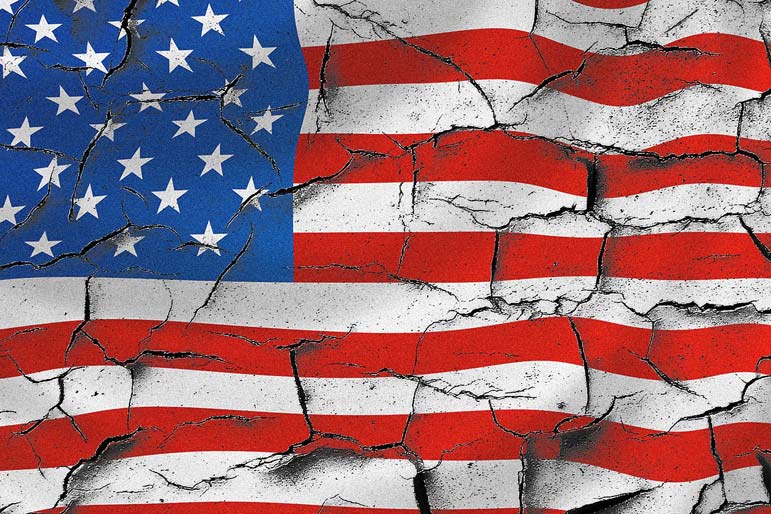 The color purple is in short supply.

There is a "Blue America" and a "Red America" - two banks on either side of a very broad river of disinterested people, with a handful of purple bridges across.

Very few voices belong to individuals trusted by both sides to survey any particular debate and render a thoughtful opinion that might change minds rather than reinforce already set-in-stone conclusions. There are many public-spirited, credible red people and many public-spirited, credible blue people, but they are widely understood as being red or blue. High profile "purples" are few and far between.

Fair-minded reds and blues recognize the talent and intellect on the other bank. As a red, among the "blue electeds" I listen closely to are Sens. Christopher Coons, D-Del.; Tammy Duckworth, D-Ill.; Angus King, I-Maine; and Reps. Seth Moulton, D-Mass.; and Tim Ryan, D-Ohio. I consume a steady diet of blue editorial product. Hopefully blue partisans can similarly name five red electeds and drink from red opinion wells often.

But we are in a purple drought.

President Donald Trump's Cabinet and senior staff are all otherwise red even as President Barack Obama's inner team, save for Defense Secretary Robert Gates, was all blue. Secretary of State Mike Pompeo is a red who is becoming to be understood to be at the edge of purple, the West Point influence showing through, even as Gates's successor, Leon Panetta, was a blue who over time moved to the edge of purple.

We need law enforcement and intelligence agencies to be understood to be purple. If Americans believe the organs of state force and spying are politicized, trust in government plummets.

This is why the scandals swirling around FBI senior management's behavior in 2016 are so damaging to the public's confidence in law enforcement. It is why the barrage of tweets and public statements about the president and politics from former CIA director John Brennan, former FBI director James B. Comey and former director of national intelligence James Clapper Jr. are so deeply destructive.

Trump and his team have begun the much-needed rebuild of our military, repaired our alliance with Israel, dragged much of NATO toward their defense spending commitments, worked the new entente of Egypt, Iraq, Jordan, Saudi Arabia, the United Arab Emirates and Israel into a cohering force against the malignancy of Iran, and ordered the supply of lethal weapons to Ukraine and, in the words of Defense Secretary Jim Mattis, the annihilation of hundreds of Russian "irregular forces" in Syria.

The president has called out Germany's idiocy in allowing Russia's Vladimir Putin a natural gas pipeline to wield over Europe. The president, Senate Majority Leader Mitch McConnell, R-Ky., and Senate Judiciary Committee Chairman Charles Grassley, R-Iowa have saved the courts from falling into a giant dye drum of deep blue. Last but certainly not least, the economy is cooking.

Reds agree with the previous paragraph. Blues choke on it. Purples sort through and say "yes, but," in a tone that is level and venom-free.

No matter what the topic, any political conversation quickly becomes one about the president, and in most of the Manhattan-Beltway media elite gatherings, denunciations of Trump dominate almost all the time. The chasm between 45 percent of voters and 90 percent of journalists has never been greater.

The president goes over the rhetorical top and a high-profile Democrat such as Sen. Cory Booker, D-N.J., quickly follows him from the other trench, shouting in Booker's case that supporters of the president's Supreme Court nominee are "complicit" with "evil."

Yes, Judge Brett Kavanaugh, a dozen-year veteran of the U.S. Court of Appeals for the District of Columbia Circuit, girls basketball coach and server of meals to D.C.'s homeless, is the embodiment of "evil." About Trump's words, we hear lots; about Booker's and other Democrats', little.

It's true that the president throws gasoline on the fire almost daily, but this bonfire was lit long ago. Most commentators and politicians bring their gas cans to the Burning Man that is cable, talk radio and the Internet every day. It is an unstable situation, and our purple famine only makes it worse.