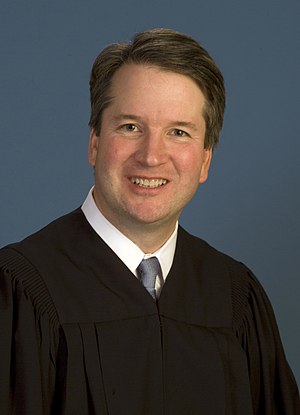 Some conservatives are disappointed with President Donald Trump's nomination of Brett Kavanaugh to the Supreme Court. They can't afford to indulge discouragement. They have to rally.

Kavanaugh is a center-right judge who will, I believe, vote with Chief Justice John Roberts almost all of the time, and who can argue the center-right originalist view as easily and persuasively as the chief justice.

Just as I described another name on the final list, Judge Raymond Kethledge, as "Gorsuch 2.0," I think it is accurate to describe Judge Kavanaugh as "Roberts 2.0."

While I do not know Kavanaugh, Roberts is an old colleague of mine from the White House Counsel's Office in the Reagan administration and I admire him greatly for his character, his intellect, his long view and his leadership on the court. I am one of the few conservatives who appreciate the merits of his decision in the 2012 Obamacare case, and I point out to every conservative who will listen that his record overwhelmingly consists of siding with Justices Samuel Alito, Neil Gorsuch and Clarence Thomas. Kavanaugh will do the same.

Thus when Judge Kavanaugh becomes Justice Kavanaugh, there finally will be a reliable fifth vote to join the other four originalists. That does not mean a "radical court," an "activist reactionary majority" or other Democratic hyperboles.

It means a court that is at least for a time both modest in its understanding of its role vis-a-vis the other branches and also willing to reclaim territory ceded by previous court majorities to administrative agencies. The new majority will not invent new rights, but it will be busy protecting old ones, such as the Fifth Amendment's right not to have property taken without compensation.

It will also be respectful of the states and their constitutionally protected sovereignty.

In particular, Kavanaugh will focus intense scrutiny on the claims of the administrative state, including its propensity to move at the speed of "bureaucracy standard time."

Conservatives can trust, from Kavanaugh's vast record, that he will not become a liberal upon joining the court, as David Souter did. Still, while that record is of often brilliant originalism on the bench, there are also brushes with political controversy off of it, including during the Clinton impeachment proceedings when he was a member of Ken Starr's team and during his service in the George W. Bush White House.

Those jobs will turn hearings that should be devoted to Kavanaugh's qualifications for the Supreme Court into a relitigation of the past quarter-century of American history.

The "terror memos" are back on the table, as are the theories behind the articles of impeachment against Clinton --- theories that Kavanaugh helped draft (though of course only as an employee of Starr).

There is not much political upside to Kavanaugh's nomination, but there is enormous political downside if the Senate does not confirm him.

Conservatives must understand that the president made his choice and that Kavanaugh is eminently qualified to serve on the Supreme Court, and they should get about the business of confirming him. Not winning the battle ahead means risking a reliably originalist majority -- the first in decades -- on the nation's highest court.

In turn, that would demoralize conservative voters and further endanger the GOP's Senate majority in November.

Conservatives should not countenance putting either majority in peril.