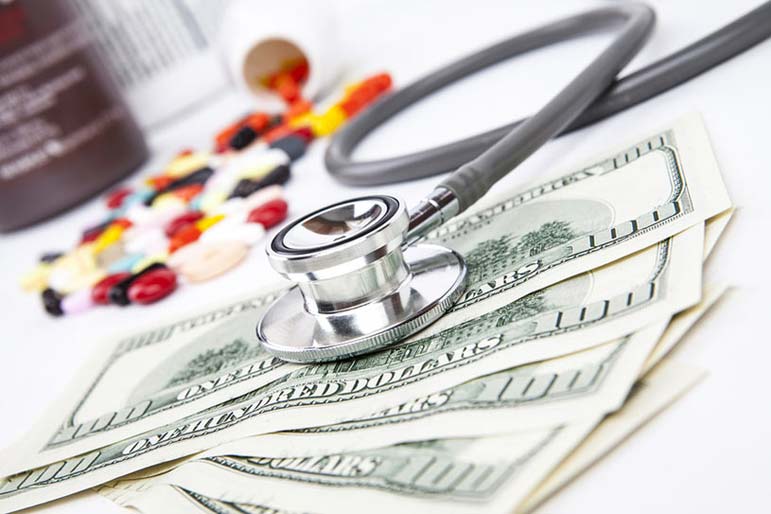 Consumers are flocking to health plans that are pitched as cheaper alternatives to Affordable Care Act plans. But the smaller price tag can come with big risks for those who become seriously ill.

Some of the alternative plans are not insurance at all. Health care sharing ministries, which are groups of people who share each other's health costs, offer no guarantee that members' medical bills will be covered. Other alternative plans are insurance products that cut costs by skirting ACA rules. Short-term health plans, for example, generally provide coverage for no more than three months and don't have to provide the minimum benefits required of marketplace plans.

For early retirees not yet eligible for Medicare and others who need to buy health coverage in the individual market, the alternative plans' lower costs have proved a big draw. says its ministries' membership has roughly tripled since major provisions of the ACA took effect in 2014. And insurance companies and brokers say they've seen a surge of interest in short-term health plans and other lower-cost, lower-benefit insurance products.

An executive order signed by in gave a further boost to non-marketplace plans. The order directed government agencies to look at ways to expand availability of short-term plans, including allowing plans to offer coverage for longer periods.

But the cheaper plans also tend to offer skimpier benefits and sidestep a long list of consumer protections that are built into ACA-compliant plans. Some of the alternative plans, for example, may limit coverage of preexisting conditions, place overall caps on the dollar amount of coverage or deny coverage to sick people--none of which are allowed in ACA plans.

If you're in the market for individual health coverage, check out your options at HealthCare.gov first.

, 52, is a self-described "insurance guy"--he's senior vice president at --yet he has chosen a non-insurance alternative for himself and his family. In 2016, he was paying $1,100 a month for a marketplace plan for himself, his wife and his eight children. (He doesn't participate in his employer's health plan, he says, because of issues with finding providers in his area--he lives in , whereas the company is based in .) When the premium jumped to $1,500 a month, he decided to join a health care sharing ministry, Liberty HealthShare. Given that he now pays $500 a month for the whole family, "it was a no-brainer," he says.

Typically, members must sign a statement of faith (most ministries are Christian). To avoid insurance terminology, the ministries tend to use terms such as "monthly share" in place of "premium" and "unshared amount" in place of "deductible." When a member has a medical bill that's eligible to be shared among ministry members, other members' monthly share amounts may be sent directly to that member or the member's medical provider.

Members of health sharing ministries that have operated continuously since 1999 don't have to pay a tax penalty for going uninsured.

But ministries can also limit benefits in a number of ways that are not allowed in ACA-compliant plans. In some cases, bills related to preexisting conditions are not eligible for sharing until you've been a member for a certain period, such as three years. Some ministries place caps on the dollar amount that can be shared for any single injury or illness. Bills for routine doctor visits may not be eligible for sharing. And if your medical bills stem from behavior that the ministry considers reckless or immoral, you may be out of luck. If a member of the Medi-Share ministry is injured while driving drunk, for example, "that wouldn't be a sharable need," says , spokesman for , which operates Medi-Share.

What's more, because these are not insurance products, there's no regulator to turn to if you encounter a problem with a health sharing ministry, says , research professor at Center on Health Insurance Reforms. With traditional insurance, she says, "you can go to the state department of insurance and file a complaint."

Many early retirees are turning to short-term health plans, says Greene of , which sells the plans. When they reach the end of the term, 30% to 40% of policyholders simply reapply for a new plan, Greene says.

If you don't have any serious health conditions, you can get a short-term plan for about $250 a month, with a deductible of $5,000 to $10,000, says , vice president at insurance broker eHealth.

But short-term health plans often don't cover preexisting conditions or prescription drugs, and they may have a maximum coverage limit, such as $1 million. Because these plans don't comply with ACA rules, you'll still be subject to the penalty for going uninsured, says , president and chief executive officer of Health Agents for America. And you can be denied coverage if you're sick.

As marketplace premiums rise, alternative plans continue to evolve. In November, eHealth launched medical insurance packages that blend products such as short-term health plans, telemedicine benefits and prescription-drug discount plans. A 55-year-old in would pay about $440 per month for a package that includes short-term coverage, telemedicine and prescription-drug benefits, Purpura says.

The growth of such alternative products sends an ominous signal for individual health plans that are following the ACA rules, Corlette says. As healthier people gravitate toward cheaper, limited-benefit alternatives, she says, a smaller pool of sicker people will be left in ACA plans, "and when that happens, you're going to see an increase in premiums."

Eleanor Laise is a Senior Editor at Kiplinger's Retirement Report.