The Dems' abortion war in the Midwest 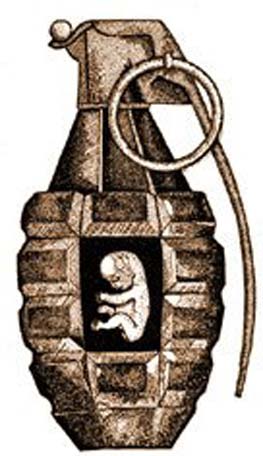 Democrats in the heartland are at war among themselves over choice. As in abortion, yes - but also the choice between purity and popularity.

Missouri's Democrats skirmished at a recent meeting to adopt a party platform. As the committee was putting the finishing touches on its work, an amendment popped up and quickly passed. "We respect the conscience of each Missourian," the amendment declared, "and recognize that members of our party have deeply held and sometimes differing positions on issues of personal conscience, such as abortion."

There was more. Not content merely to recognize differences of opinion, the amendment went on to "recognize the diversity of views as a source of strength, and welcome into our ranks all Missourians who may hold differing positions on this issue."

Abortion rights activists went ballistic. "Sickening," said Alison Dreith, executive director of NARAL Pro-Choice Missouri, speaking to the Riverfront Times of St. Louis. "I think it's a slap in the face to the base voters of the party."

Across the state line, Kansas Democrats are divided over whether to nominate a candidate for governor who was impure on abortion rights as a state legislator. Josh Svaty hails from farm country and has a track record - rare in his party - of winning in stoutly Republican rural Kansas. That could make him formidable in a year when the GOP is split between incumbent Gov. Jeff Colyer and polarizing Secretary of State Kris Kobach.

Svaty maintains that he was representing his constituents in Ellsworth when he cast the renegade votes, including one to define a fetus as a person, more than a decade ago. In interviews and debates, he says if he were governor, serving a broader constituency, he would veto any new abortion restrictions. He cites his abortion-rights-supporting running mate, Katrina Gier Lewison, as proof of his intentions.

Not good enough for Laura McQuade, president and chief executive of Planned Parenthood of New York. Calling Svaty an antiabortion "extremist," McQuade has said: "Our supporters, a list that grows by the thousands each month, will not tolerate any party or candidate whose platform does not advocate for Planned Parenthood and its patients."

Svaty could commiserate with Heath Mello of Nebraska, which shares borders with both Kansas and Missouri. Like his Kansas counterpart, Mello is a young, dynamic Democrat trying to thrive in the political atmosphere of Trump Country. But his strong bid to unseat Omaha's Republican mayor fell short in April after Ilyse Hogue, president of NARAL Pro-Choice America, and others denounced him over a vote he once cast in the legislature.

Democrats at the national level have been debating for years over the precise dimensions of the party's tent and whether it has room for abortion dissenters. In 1992, the party drew a line by refusing to allow Pennsylvania's then-governor, Robert P. Casey - who had recently lost the landmark abortion rights case Planned Parenthood v. Casey in the Supreme Court - to deliver an antiabortion speech at the national convention. Years later, in what was widely viewed as a fence-mending moment, Casey's son, Sen. Robert P. Casey Jr., was given a featured slot at the 2008 convention.

But to let the issue flare up in the Midwest so close to Election Day suggests a lack of focus on the task at hand. Many voters are looking for alternatives to the increasingly harsh and frantic Republicanism of President Donald Trump, and might be willing to take a fresh look at a Democratic Party comfortable with all types of diversity - including diversity of ideas and beliefs.

There's no question that the wedge of abortion divides Democrats from Republicans in a general sense. But what do Democrats gain by sharpening the wedge? It won't help them win back the working-class Catholic voters of Pennsylvania, Wisconsin and Michigan who were so central to Trump's electoral college victory. Nor will it help them hold key Senate seats in otherwise red states such as Missouri, North Dakota and Montana.

Purists argue that the impending retirement of Supreme Court Justice Anthony M. Kennedy will allow Trump and Senate Republicans to create a conservative majority on the court that is more hostile to abortion rights. This means war, the purists apparently believe, and there's no room for dissent in the trenches. However, armies don't shrink their way to victory.

According to the Pew Research Center, on the abortion question most Americans are somewhere in the middle. While 25 percent favor unlimited access to abortion and 16 percent would make all abortions illegal, 57 percent believe it should be legal, but with limits.

The road to new majorities runs through that 57 percent. It's full of voters who understand that abortion is a nuanced and challenging issue, and a fair number of them - perhaps a decisive number - are looking for a party that reflects this truth through open and humane discussion. Perhaps the place to begin reaching them is in the Midwest, where Democrats have so little to lose.