Trump's defense of Western civilization is not alt-right 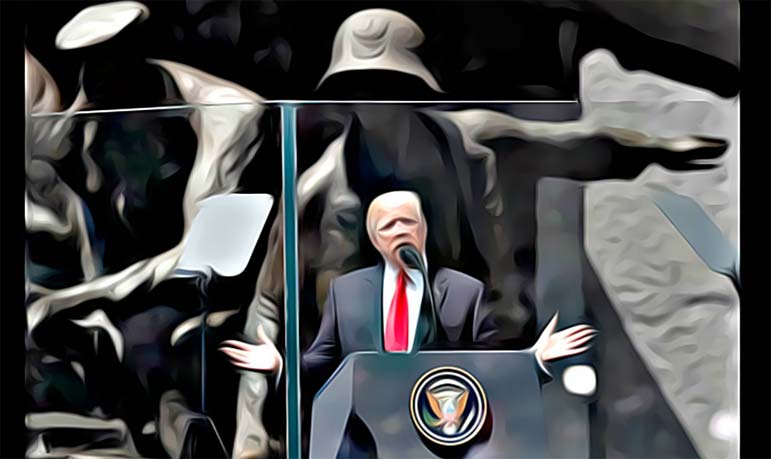 The president heaped praise on Poland as a country "at the center of European civilization" and warned that our shared Western civilization is threatened by "totalitarian forces in the world who seek . . . to further their barbarous assault on the human spirit." He called on the West to defend "the great civilized ideas: individual liberty, representative government, and the rule of law under God" and criticized "the shyness of some of us in the West about standing for these ideals."

The president in question was not Donald Trump, whose recent speech in Warsaw calling on the West "to summon the courage and the will to defend our civilization" has drawn irrational criticism here at home. It was Ronald Reagan, in his famous 1982 Westminster address promising to "leave Marxism-Leninism on the ash-heap of history."

In fact, Trump's words could have been delivered by almost any American president of either party in the past century. They could have been delivered by Harry S. Truman, who in 1952 praised the United States for saving "Western civilization from enslavement by a godless creed." They could have been spoken by John F. Kennedy, who in a 1963 speech in West Germany spoke of "preserving Western culture, and Western religion, and Western civilization" and defending "our common heritage from those who would divide and destroy it."

They could have been uttered by Lyndon B. Johnson, who warned in 1966 of "ideologies . . . that threaten the very roots of our common Western civilization."

They could have been spoken by Bill Clinton, who declared in 1994 his belief that "Western civilization was the greatest of all, and America was the best expression of Western civilization because of its commitment to . . . the belief that the future could be better than the present and that we have an obligation to make it so."

Never mind all that, according to Sarah Wildman of Vox, Trump's call to defend Western civilization "sounded like an alt-right manifesto," as the headline on her article described it.

In the Atlantic, Peter Beinart complained that "Trump referred 10 times to 'the West' and five times to 'our civilization' " and that "His white nationalist supporters will understand exactly what he means" because "The West is a racial and religious term."

No, it isn't. Quite the opposite, Western civilization is founded on ideas that transcend race and religion.

As Yale historian Donald Kagan put it: "Americans do not share a common ancestry and a common blood. What they have in common is a system of laws and beliefs that shaped the establishment of the country, a system developed within the context of Western civilization."

He added that every student should study "the philosophical, scientific, agricultural and industrial revolutions in the West" which allowed human beings "to produce and multiply the things needed for life so as to make survival and prosperity possible for ever-increasing numbers" and gave birth to "the theory and practice of the separation of church from state, protecting each from the other, and creating a free and safe place for the individual conscience."

These ideals are described as "Western" not because they are exclusive to the West, but because of the historical fact that they emanated from the West: the first democracy in Greece under Pericles (which predated Christianity by more than four centuries); to the principles enshrined in Magna Carta; the works of the Renaissance humanists; and the treatises of Enlightenment philosophers that inspired the authors of our Declaration of Independence.

"Western" values are universal values, and Trump affirmed their universality in Warsaw, declaring that "we value the dignity of every human life, protect the rights of every person, and share the hope of every soul to live in freedom."

Since the 1980s, the left has been on a tireless crusade to drum the study of Western civilization out of universities in the name of fighting "Eurocentrism." Now, apparently, they want to drum Western values out of presidential rhetoric. We must not let them do so.

Trump has said many objectionable things, but his eloquent defense of Western civilization in Warsaw was not one of them. It is ironic. The left likes to paint Trump as a threat to democracy. But the real threat to democracy is when the leader of the free world can no longer defend the ideals of the West - which, Reagan told us, "have done so much to ease the plight of man and the hardships of our imperfect world" - without being accused of bigotry.