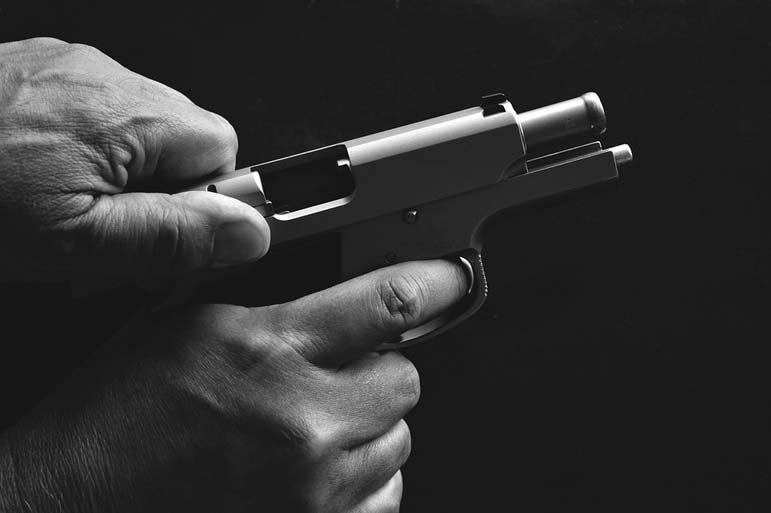 The three perpetrators, Palestinian Muslims with Israeli citizenship, were caught on Israeli police cameras exiting the sacred Al-Aqsa mosque compound, a site that is also revered by Jews, shooting the two officers before darting back inside the esplanade.

The assailants, all from the Arab-Israeli town of Umm al-Fahm, were shot dead at the site by security forces.

Immediately following the incident on Friday morning, Israelis, who refer to the site as the Temple Mount, closed the mosque and prevented worshipers from entering the compound and Old City for the first time since 1969.

The move was condemned by many in the Muslim world, who view the ramped-up security as an attempt by Israel to change the precious status quo at the site, which is often a flash point of violence between the sides.

Israeli police said the measures were a necessary secure the site and ensure there were no other weapons present.

Several members of the Wakf, the Islamic trust that administers the site, were detained by police, suspected of aiding the three attackers or for inciting violence against Israel, local media reported.

He also said that Jerusalem municipal workers had entered the mosque on Saturday to clean up after the police.

In the aftermath of the attack, Israeli Prime Minister Benjamin Netanyahu and Palestinian Authority President Mahmoud Abbas held a rare phone call, with Netanyahu imploring that there would be no change to the current arrangements at the complex and Abbas, in a rare move, condemned the violence and called on Netanyahu to reopen the site.

After holding a security briefing Saturday night, Netanyahu agreed to do so, ordering the mosque to reopen on Sunday. However, by early afternoon, only Muslim residents of the city were being allowed to enter, and all worshipers had to pass through newly installed metal detectors.

"Those three who were killed Friday didn't do anything good for Muslims or for Jerusalem," said Hafez Sublaban, who runs a small grocery store opposite one of the entrances to the mosque. "The only ones who benefit from it are the Jews. They have taken advantage of the situation."

Sublaban, who has run his kiosk there for more than 20 years, said he did not recall a situation where worshipers were prevented from entering the mosque. But, he said, residents of Jerusalem's Old City endure surveillance 24 hours a day, seven days a week from hundreds of Israeli police security cameras that dot the narrow alleyways and monitor the entrances to the holy site.

"This is not the right state of mind for those who want to go and worship," said Sublaban.

"This is our mosque and our place of worship, we are against these ruthless procedures," said Umm Amar, a 53-year-old resident of the Old City, about to pass the newly set up Israeli police checkpoint to reach the mosque.

"We don't really know what happened on Friday, only G0D knows that, but what we do know is that it has made the situation worse," she said. "I was born here in 1964, and I don't ever remember a time that the mosque was closed for worship."

A family from Jordan that had arrived in Jerusalem on Saturday stood nearby. Because of the tight security, Israeli police officers turned them away.

"This is unacceptable," said Jamal Ishtwayeh, a resident of Amman. "It's like someone coming here from the Vatican and discovering that their church is closed."

Until now, Israel has allowed security personnel employed by the Wakf, to take responsibility for security arrangements after pressure from Jordan, which oversees the site in a complicated arrangement dating back to the 1967 war.

Jordanian news agency Petra reported that Jordan's King Abdullah telephoned Netanyahu on Saturday. He condemned the violence and called for the mosque to be immediately reopened.

Speaking to Israel Army Radio on Sunday, Israel's Public Security Minister Gilad Erdan said that it was up to Israel to decide security protocol for the site and that metal detectors would now be installed at all nine gates into the compound. He also said that police cameras should be able to view the public areas around the mosque.

Previously: 07/13/17: Those Islamic virgins will now come with a hefty price tag

• 05/26/17:> Trump's controversial visit to the Western Wall and why it was so important to Jews

• 05/10/17: Did the 'Palestinian Nelson Mandela' just squander his, ahem, 'moral authority' for a handful of kosher cookies?

• 11/30/15: How EU's forcing the labeling of products from disputed Israeli territories may actually backfire

• 10/19/15: Her dad was stoned to death by Palestinians just weeks ago. Now, she's saved a suspected stabber's life