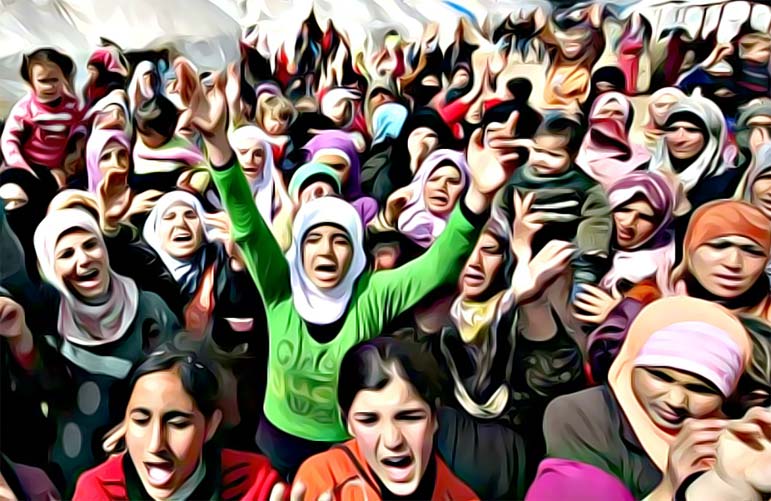 After taking in more refugees than any other European nation over the last three years, German doctors and activists warn that inhumane traditions with foreign origins are on the rise.

A German NGO, Terre des Femmes, said Tuesday that 13,000 underage girls living in Germany are at risk of being forced to undergo genital mutilation.

The number increased by 4,000 in comparison to last year because most of the affected girls had only recently moved to Germany from countries like Iraq, Somalia, Eritrea or Ethiopia, where genital mutilation is common among parts of the population and is considered an important step toward adulthood.

Described by UNICEF as a violation of girls' "right to be free from torture and cruel, inhuman or degrading treatment," female genital mutilation nevertheless continues to be a common tradition across much of Africa and parts of Asia.

The continuous influx of refugees from northern Africa has overwhelmed a country where female genital mutilation has so far been only a minor concern. Within only one year, the number of women who are believed to have suffered through the brutal procedure has risen by about 20 percent in Germany, from an estimated 48,000 to 58,000.

Across Europe, there are at least 500,000 victims of the practice and 180,000 more girls who are at risk of becoming victims, according to the most recent estimates by the European Parliament in 2009. The numbers have likely risen in recent years, as well.


Most of the mutilations affecting girls living in Germany take place in the approximately 30 African countries where the tradition is common, often when families are visiting their home countries. Some genital mutilations have reportedly also been conducted in Paris or several British towns. Although female genital mutilations are illegal in France and Britain, human rights organizations have collected evidence of repeated violations there which have often gone unreported to authorities.

Both France and Britain have historically had more migrants from northern Africa and Asia than Germany. Authorities in both countries said in 2012 that about 20,000 girls were at risk of genital mutilation.

Whereas British authorities have largely refrained from prosecuting circumcisers or involved families, German officials vowed to take a harsher stance this year. In February, government officials announced a crackdown on genital mutilations, primarily targeting families consenting to such practices.

After recent changes to the country's legislation, German law enforcement officials have gained more options to intervene than authorities in most other countries. Since 2015, female genital mutilation has also been illegal if carried out abroad, and authorities are now able to take parents' passports away in case they suspect that families are departing the country to attend mutilation ceremonies. In an indication of how seriously Germany is taking the rise in at-risk girls, teachers across the country have recently been asked to report suspicious trips abroad to local authorities.

"(Female genital mutilation) is a serious breach of a person's human rights. It causes unbelievable physical pain and psychological damage," Ralf Kleindiek, a state secretary in the Family Affairs Ministry, said in February.

Charlotte Weil, a female genital mutilation expert with Terre des Femmes, said tougher laws alone will not be sufficient to eradicate the practice.

"The key to ending (female genital mutilation) is education. We need to interact with the communities involved in such practices, to explain the background and the consequences. Most of the time, those involved don't know about the psychological and physical repercussions," said Weil.

Terre des Femmes argues that mutilation practices often disappear when families and girls become assimilated in a host country. But it is a process that can take years or decades, especially amid the bureaucratic strains the influx of hundreds of thousands of refugees has put on German authorities.
Previously:
• 07/25/16 Germany has some of the world's strictest gun laws, yet illegal weapons remain a threat
• 07/11/16 Leaked document says 2,000 'Middle East' men allegedly assaulted 1,200 German women on New Year's Eve