Trump is his own communications director but appoints another anyway 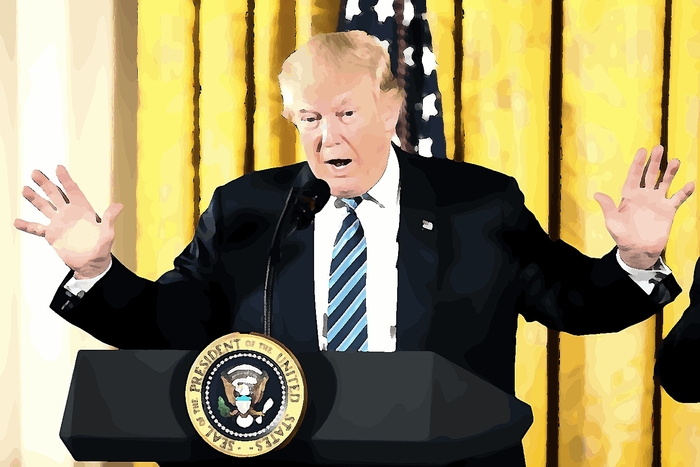 President Trump almost made it through an entire week driving a positive administration jobs message - Made in America.

But Friday morning comes. He couldn't control himself until Monday. So, out comes Trump with a major White House appointment that prompts Sean Spicer, the embattled PR face of an embattled administration, to resign. And that ignites yet another media firestorm of coverage about White House turmoil that incinerates another week's painstakingly-orchestrated policy message.

Ironically, the latest communications turmoil was caused by the appointment of Anthony Scaramucci to - wait for it - run Trump's troubled White House communications operations.

These operations are troubled - chaotic is another word - because Trump knows he knows more than his communications professionals, which makes their team messages garbled and incomprehensible and their jobs untenable. Not only does he know more, he tells others he knows more and bad-mouths his own senior aides. Ask Jeff Sessions.

While Trump staffers are out dutifully explaining one of his recent decisions, unbeknownst to them, he's explaining it differently to others. Media gleefully describe the glaring disparities, maybe even exaggerate them, and probe for delicious inconsistencies. The story then becomes, who said what when, who's telling the truth? See, Shifting Trump stories on James Comey's firing, among others.


And Trump, not being much of a Sherlock Holmes, becomes confounded and angry. He wonders why the White House message isn't getting out clearly. The obvious solution: Talk about firing someone.

We suggested months ago that the person Trump should first fire as his spokesman is Trump. Think of what all would not be happening today - including the very existence of the special counsel and his broadening investigation of all things Trump, Russia and who knows what else - if this president had followed advice to pick another time to dump Comey, do it differently or give a better reason than cockamamie "showboating" - and stick with it.

Scaramucci is a 53-year-old businessman and hedge fund operator from - oh, look! - New York. He was a fundraising chair for the short-lived presidential campaign of Gov. Scott Walker and last year posted some unTrumpian tweets, now deleted. Yet another Goldman Sachs alum, he has no professional qualifications whatsoever for his new job, much like his boss. But he is very confident.

What makes the new Comms Czar highly qualified is Trump likes what he's seen of him aggressively defending the president on TV. Scaramucci has a genial, convincing air like an older brother, if Donnie Brasco had one. He even has a street name, "Mooch."

Scaramucci's brief debut appearance before media was poised and smooth, as befits a veteran TV talking head. He also had a Fox Business show.

Scaramucci says he'll report directly to Trump, which is huge in D.C. Just that perception gives considerable clout and access. But will Trump listen?

Starting next month Scaramucci will be charged with overseeing message development and delivery for each day and week, coordinating that with departments, selecting surrogates and making his own media appearances, among other duties.

We'll see how long Trump and Mooch can stay on the same page.

But spare the violins for Sean Spicer. He walked the plank in fine form, thanking POTUS for another opportunity to serve the country (He's a commander in the Naval Reserve.) And Trump said nice things about him, at least on that day.

As you know, the East takes care of its own, even when fallen and even when they're nice guys. Free of second-guessing and beratings for a change, the 45-year-old New York native will be in keen demand for national media appearances.

He can go on the well-paying lecture circuit, perhaps write a book like George Stephanopoulos with yummy inside stories about politics in the 2016 campaign, within White House walls and his well-regarded tenure as strategist and communications director for Reince Priebus while redirecting the Republican National Committee after 2012.

Best of all for Sean, what D.C. office wouldn't want to consult someone fresh from the gold-tinted confines of this White House? Someone smart like Spicer to at least try to explain how the 45th president thinks and decides.