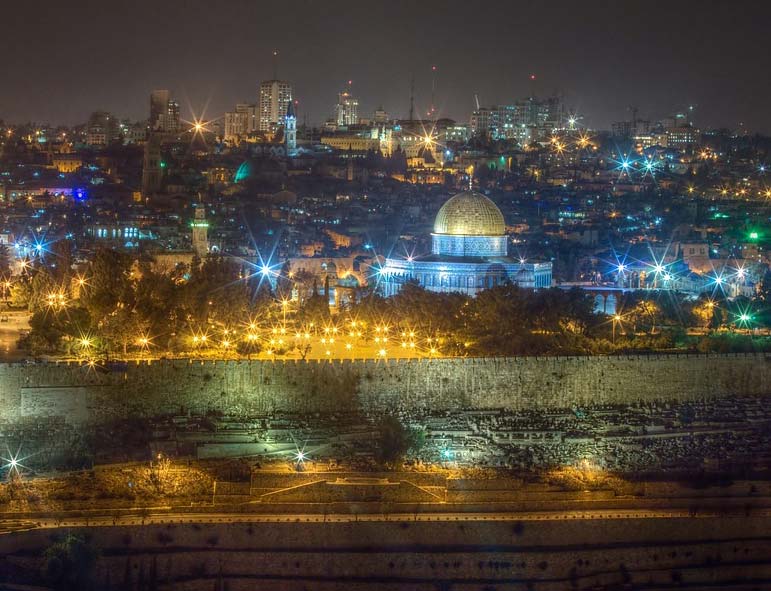 For years, the most delicate dispute in the Israeli-Palestinian conflict has been the status of the Temple Mount in Jerusalem. The Al Aqsa Mosque sits on the spot from which Muslims believe Mohammed ascended to heaven. At its base are the remains of the outer wall of the second Jewish Temple.

This is why last Friday's terror attack on this sacred ground is so important.

It's hard to think of a worse debasement of a holy place than for armed gunmen in the middle of a shooting spree to flee to it for sanctuary. Add to this the fact the Jerusalem police now say there were guns hidden in the Temple Mount complex at the time.

All of this challenges a prevailing Palestinian narrative about the Al Aqsa Mosque: that Jews are a threat to its preservation. You hear it in the speeches of Palestinian president Mahmoud Abbas, in which he falsely claims Jewish settlers are building tunnels underneath the Temple Mount. He complains of "dirty feet" stepping on this holy ground.

When former Prime Minister Ariel Sharon visited the Temple Mount in 2000, Palestinians [used it as an excuse to spark] the second intifada. Later that year, Yasser Arafat formed a militia called Al Aqsa Martyrs Brigade to kill Jews at random in the name of reclaiming the holy site.

Now it should be said that Al Aqsa Mosque, believed to be built in 690, has endured the crusades, British colonization and Israeli statehood. In the 1980s, a group of Jewish terrorists plotted to blow it up, but they never followed through. When Israel won the land that includes the Temple Mount in the 1967 Six-Day War, it decided to allow a religious trust called the Jordanian Waqf to remain the administrators of the site.

Now we have an atrocity that threatened the mosque's worshippers. The real threat to the Mosque on Friday did not come from Jewish settlers, but from Israeli Arabs. So it's important to examine the response from Palestinian leaders.

Let's start with Abbas. He was forceful in his condemnation of the act, noting that there is no room for violence in such a holy place. Other members of his party, Fatah, were also quick to denounce. And Ayman Odeh, the head of Israel's largest Arab political party, condemned all armed struggle from Israeli Arabs against Israel in the wake of the attack.

That's pretty good. But by Monday the old patterns emerged. Fatah called this week for a "day of rage." Was this to protest the gunmen who entered the noble sanctuary or those mourning their deaths? No. This protest is aimed at Israel for erecting metal detectors at the entrance of the Temple Mount compound after the shootings.

The most telling response, however, came from Hamas, the Muslim Brotherhood-affiliated group that rules Gaza. A spokesman for the group, Sami Abu Zuhi, said on Friday the attack "was a natural response to Israeli terrorism and their defilement of the Al Aqsa mosque."

Now there are many things one can say about Hamas. They are killers, of course. They are also fanatics. Hamas favors the imposition of Islamic law on the people of Gaza. The group was responsible for changing the tenor of the Palestinian national liberation movement in the 1980s and 1990s, from largely an anti-colonialist struggle to a kind of holy war to reclaim Jerusalem.

In light of the group's response to shootings at the mosque, let's add a new descriptor: frauds. Yes, how can any thinking person take the professed pieties of Hamas leaders seriously if they rail against "defilement" of the site yet praises gunmen who fled to it in a shooting spree?

As Martin Kramer, a historian at Shalem College in Jerusalem, told me this week, the attack at the Temple Mount broke a taboo. "The usual Islamist claim is the danger to the mosque and the shrine is from Jews," he said. "Here there was an actual conspiracy to smuggle weapons into this holy place and Hamas does not condemn it, they praise it. Who poses the greater danger to Al Aqsa?"

It's an excellent question. The answer is that the greater danger to one of Islam's holiest place these days comes from the Palestinian fanatics who claim to be fighting for its reclamation.