Can you date a Democrat without shame or bring home a Republican without fear? 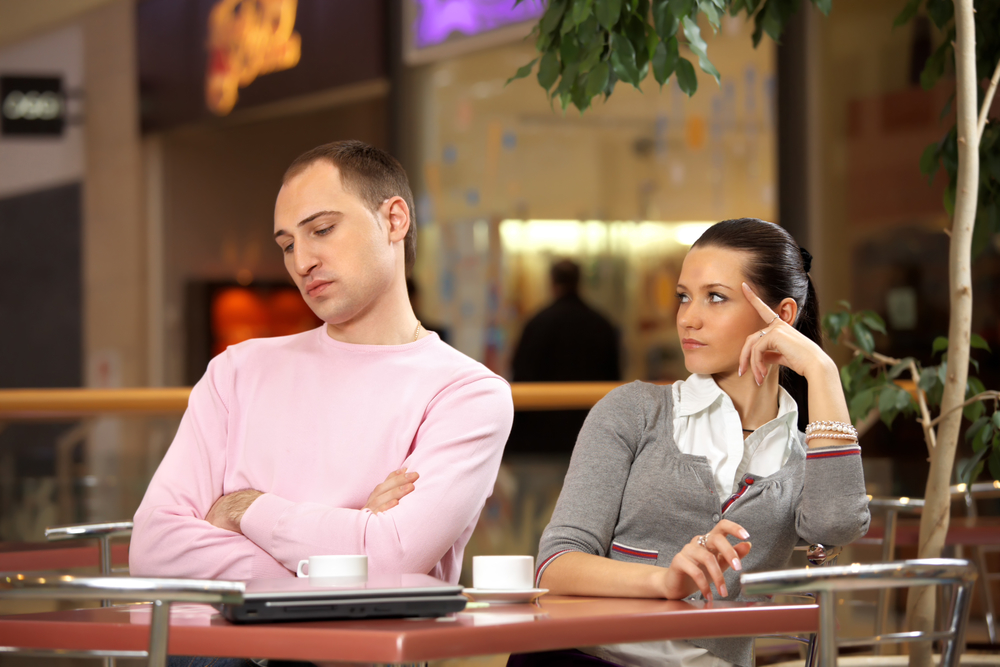 If there's one thing you can be sure of, it's that in a few months, you'll be overwhelmed by news stories with headlines like these:

"She's a liberal Democrat -- maybe a commie! -- can I bring her home to meet my parents?"

"I just married a conservative, and my friends dropped me."

"I just married a liberal -- her friends let me pick up the check, but they still hate me."

"I'm libertarian, so will I ever find someone?'

Whatever would we do without those stories on political biology in Sunday lifestyle sections?

How can we live without advice columns calming the turgid panic surrounding the American political mating rituals?

You've seen them. They're all about hand-wringing over dangerous liaisons between men and women who find themselves ideologically opposed.

Often, they involve guilt, a liberal woman dating a paleo conservative and not knowing how to tell her friends the terrible news. They'll drop me from the book club!

And sometimes, they're not tales of forbidden political love, but obnoxious humble brags about how she married a conservative out of pity and was surprised to find that he treated her with respect and knew how to use a knife and fork.

Whether you like it or not, in coming months such themes will be pushed on you, relentlessly -- the way stories about bitcoins and Esperanto were pushed on you -- despite your loudest inner screams.

Your eyes will skim some. Talk show hosts will use them as program fodder. Can you date a Republican? Can you marry a Democrat without a prenup?

Soon we'll understand that our species is not long for this earth. Because what's natural is natural. And letting politics divert you from staring into her eyes and holding her hand is unnatural.

But politics doesn't care about what comes naturally. Politics has a mission.

Politicos may fight about tax cuts or Russian spies in our closets, but with the midterm elections coming in 2018, the sociopolitical herding will be on the increase. And shame is the goad of ruthless political herdsmen.

So there will be more studies and stories and polls asking, "Can I date a Republican and not get a disease?" or explaining, "How to hide your Democratic lover from your family," and so on.

And because the media leans left -- don't even try to argue otherwise, that's like being a wild-eyed science denier -- most political mating stories will reflect a certain antipathy toward "those people," meaning .

So gather around, let me put on my favorite cardigan, fill my pipe and pour myself a mug of mulled wine, and I'll tell you of ye olden days.

Back then, "mixed marriage" had nothing to do with politics. It meant Episcopalians dating Methodists.

Now the divide is politics, because politics is our new secular American church. There's much evidence of this already. Read or listen to the hysteria in the media. It has the ring of a crusade.

Each sect or denomination has its own particular catechism, dogma, priests (politicians) and stern bishops (pundits) who shepherd the faithful away from the temptations of those odd libertarians.

Over on the news site -- yeah, I visit to find out what liberals are really thinking -- I found a story about political dating sites, one for , another for liberal .

"There's more activity now than ever," said the liberal dating site boss. "I knew liberals would only find comfort in each other's arms." The conservative dating site guy sounded the same.

Don't ask me for statistics. The internet is full of surveys. Some say that almost half of America wouldn't date someone with opposing political views. Others say that young don't want young in the same college dorm. Or at least I heard that on a talk show, so it must be kind of true.

If these surveys are in fact true -- and right now I don't care if they are -- anyone who lets politics interfere with romance is probably too idiotic to raise children and should probably be chemically altered for the greater good.

Some of the more ridiculous dating advice I've seen includes talking about your politics on your second or third date, "to get it out of the way."

You're going to talk tax policy on a date? Loser.

Happily, not everyone feels this way. Right now I bet there's some generic young Republican college student reading The Nation, just so he gets the buzzwords right so he might date that girl in with the big brown eyes.

And there must be a liberal young woman going back to school in , in the fall, thinking about gender studies, yes, but also about that boy who shocked her with his .

Politics is so small compared to love, but you wouldn't know it sometimes with all the stridency aimed at guilting people apart.

Betty and I have been married for more than 30 years. She was a modern dancer marching in no-nuke parades. I admired . We're still together. We still hold hands.

It's a good thing there was no social media then. She might have been shamed out of our second date.