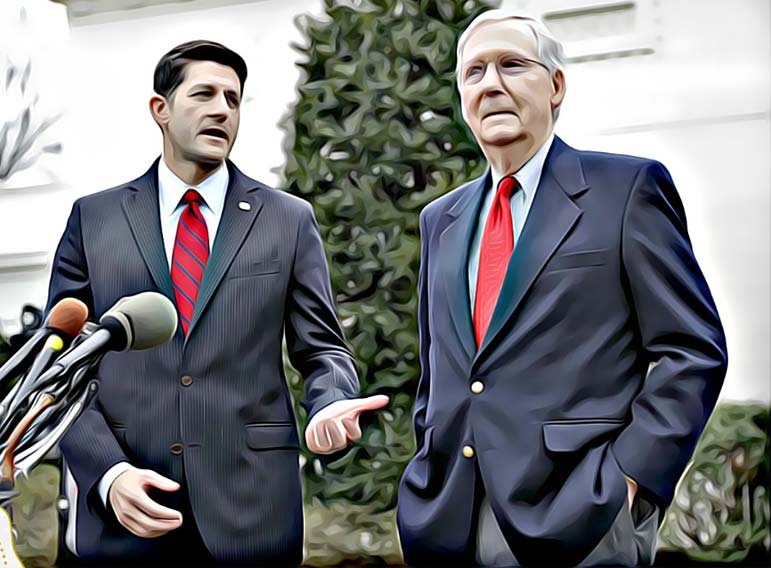 They and their lieutenants could decide to pivot from health care to racking up small victories and awaiting reinforcements from the 2018 elections.

Or they could go for a big deal with Democrats.

It's a tough choice for Ryan and McConnell, but I'm hoping they opt for the latter. Putting off fixing the disaster that is Obamacare is risky, though not impossible.

If Republicans score enough small victories between now and November 2018 - cutting corporate taxes and confirming all Court of Appeals judges and perhaps next summer another member of the Supreme Court - it may be possible to hold both houses of Congress.

Sen. Dean Heller (R-Nev.) is a dead man walking for his role in pulling the first thread that led to the unraveling of "repeal and replace," but McConnell (Ky.) might calculate that wins in Florida, Missouri and elsewhere may leave him in a stronger position in January 2019 than he was at the start of this year.

Ryan (Wis.) is in more dangerous terrain, as every member of his caucus "owns" the failure to repeal and replace - especially the Freedom Caucus, which threw the process into disarray only to retreat (too late) with a fig leaf - and as a result the carnage of the collapsing Obamacare experiment.

A "watch it fail" approach to Obamacare, when the crisis is real and the consequences for poor children are so enormous, is not just bad politics; it is also immoral.

The alternative to waiting for 2019 is a bipartisan approach - if Democrats will have it. A health-care deal could be done, leaving the fringes of both party caucuses on the outside looking in. Devolution of authority over Medicaid to the states, and repeal of the insurance mandate and absurd taxes such as the medical device tax, are the GOP must-haves. The Democrats will have their list.

Odds of success increase if the parties go big at the start by removing the sequester's limits on defense spending and adding immigration reform to the deal: appropriations for President Trump's wall paired with legalization of the law-abiding, undocumented population but no path to citizenship.

A truly ambitious "go big" option could also include a settlement of the judicial confirmation wars, because the more moving parts, the better the chances of success. McConnell, Ryan and Democratic leaders Charles E. Schumer (N.Y.) and Nancy Pelosi (Calif.) could get together with a half-dozen of the smartest members from both parties to work on an expedited basis and go big.

The GOP Congress has failed. Unless there's a Lazarus-like resurrection of the health-care bill, the session is effectively over.

Tax reform isn't likely going to do any better than health-care reform, especially with Wall Street Journal ideologues demanding the end of the state and local income-tax deduction and the capping of the mortgage-interest deduction.

The GOP must get its appelate court nominees through the Senate, or the party wipeout could expand to seats previously thought safe.

The 2018 prospects look bad for both parties: The GOP lacks policy victories, thanks to imprudent Freedom Caucus members and scared moderates. The Democrats are lost in Trump hatred to the point where a large part of the country thinks that they and the mainstream media are deranged.

Both parties have cause for concern. We are at a crisis point where citizens are giving up on representative government en masse. So why not swing for the fences?