As the culture of short-sightedness grows ever more entrenched 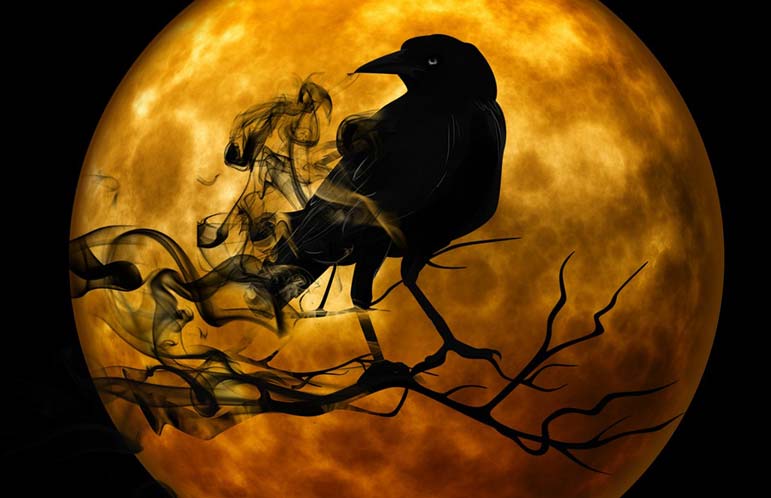 What can we learn from ravens? Everything we need to know

If you're fed up with the politics of tweeting, maybe it's time to trade in your Twitterfeed for raven song.

New research shows that corvids -- a variety of raven -- are more adept than chimpanzees at solving puzzles, recognizing symbols, using tools, and preparing for the future. Most significantly, corvids are able to delay gratification, forgoing immediate pleasure now for bigger rewards later.

If this sounds eerily familiar, it should. The now-famous Stanford Marshmallow experiment that began in the 1960s demonstrated that higher levels of self-control in nursery-school-age children foretell a lifetime of dramatically greater success in academic achievement, professional success, and psychological well-being.

So we should be asking ourselves: if ravens can learn from experience and plan for their future, why aren't humans doing a better job of it?

Massive deficits to fund blossoming entitlement programs might feel good now, but what's going to happen when the birds come home to roost and the bills come due? Partisan posturing and government gridlock might provide talking points for the next campaign cycle, but how does it serve the national interest to point fingers instead of finding solutions for our problems? Watered-down and politically-correct school curricula may buoy self-esteem and promote social agendas, but what will happen to the next generation when they have to compete in a world that won't cater to their feelings?

As the culture of short-sightedness grows ever more entrenched, it becomes more urgent for us to start changing our thinking now. As Robert Redford quips to his secretary in Spy Game: "When did Noah build the ark, Gladys? Before the rain, before the rain."


Speaking of Noah and the ark… perhaps we can find a new lesson in that very old story.

After the ark came to rest on Mount Ararat, Noah released the raven, and then released the dove. However, a careful reading of the verses reveals something curious: where Noah sent forth the dove to see if the waters had abated, scripture gives no reason at all for why he sent out the raven.

FAR AS HUMAN EYE CAN SEE

The classical commentaries offer a variety of explanations to resolve these contradictions. But let's engage in a bit of creative interpretation for the sake of political allegory.

What if Noah had a different reason for sending forth the raven? What if he recognized that the raven possessed a more profound faculty of insight, not merely to report on the present status of the earth but to extrapolate beyond the superficial conditions of the moment? Might the raven symbolize mankind's obligation to project its inner eye forward? Might the moral of the story be that we must hold ourselves accountable so that we never again to sink to a level of corruption that brings about global devastation?


The sages of the Talmud teach that everything follows the beginning. If we start with the end in mind, then the road to success carries us where we want to go. But if we set off in pursuit of our own gratification, then we are likely to wander into oblivion.

The greatest accomplishments of human history were set in motion by visionaries who imagined futures no one else considered possible. Nelson Mandela endured 27 years in prison rather than renouncing his convictions, eventually breaking the hold of apartheid on his country. Mohandas Gandhi devoted his life, and ultimately gave his life, for the ideal of human rights and non-violent revolution. The Framers of the Constitution envisioned a society of freedom and equality, risking their lives and their fortunes to bring democracy into the world.

Greatness requires vision and self-sacrifice, both of which are in short supply. But if we're wise enough to learn from ravens, then we'll soon find ourselves soaring like eagles.