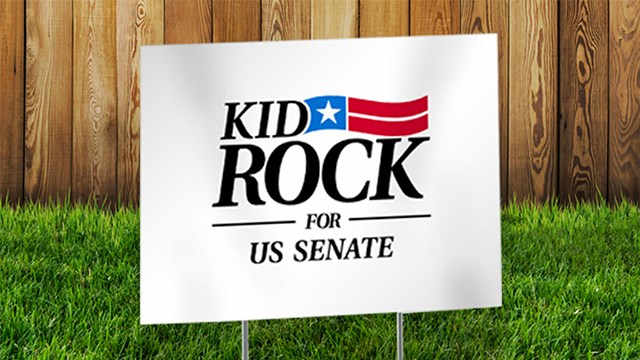 Kid Rock? Mitt Romney? What type of person does the Republican Party need in the Senate?

I admit I've never been a big Mitt Romney fan, but I thought it would be great if he were in the United States Senate. I was legitimately excited about the prospect of him running in Utah in 2018. A distinguished leader with great experience and expertise, Romney would be a Republican everyone in the GOP could rally around and be proud of. He has the distinguished demeanor, sober judgement and sound wisdom required of a senator.

On the other hand, I have always been a huge fan of Kid Rock. But the idea of him as a senator doesn't sit well. Yet, Kid Rock's potential run in Michigan for United States Senate is being seriously discussed among Republicans everywhere.

As early as February 2017, Roll Call reported, his "name came up as a possible candidate at a Michigan Republican Party convention." And more recently, some say Kid Rock - real name is Robert Ritchie - is already the strong front-runner for the Republican nomination.

With that said, I will admit to being somewhat fickle and uncertain.

Last week, Kurt Schlichter persuasively argued in an article, "We Must Elect Senator Kid Rock," that the singer's bid for Senate would "drive the liberals insane." But Schlichter also struck a chord in criticizing some Republicans who "started tap dancing the second they got the opportunity to vote to repeal Obamacare while we had a president who would actually sign the bill. Up until then, the people Conservative Incorporated had vouched for had looked in our faces and lied." After reading Schlichter's piece, I was totally convinced that the time for Kid Rock has come.

But then I read Jim Jamitis's piece in RedState, "ARE YOU NOT ENTERTAINED? Mixing Celebrity And Political Power Is Bad For America," and began to worry that Kid Rock running for the Senate - much less being in the Senate - would diminish the seriousness of our politics at a time when we are desperately in need of seriousness.

Further agonizing Republicans like me is that if you were to put us on a lie detector and tell us to say who would be the best senator for a struggling Michigan today, either Kid Rock or his opponent - Sen. Debbie Stabenow, D-Mich. - a lot would choose Kid Rock.

Kid Rock's demeanor may be unbecoming for the United States Senate, but Stabenow is a perfect example of the problem in Washington. Her vote is completely taken for granted by the Democratic Party leadership. She has represented Michigan for 20 years in Congress. I have been in Washington that entire time and yet I have never heard anyone say, "Stabenow is important, what does she think?"

Stabenow has done little in Congress aside from watch Detroit's sad decline. Not surprisingly, little is written about Stabenow. The Federalist's P.H. Guthrie recently likened Stabenow to a "scolding aunt who might inspire fights over who has to sit next to her at Thanksgiving dinner."

So, the question remains, should Republicans support Kid Rock for Senate? I think so. Maybe Kid Rock isn't the model candidate and maybe he isn't everything we want in a senator, but running a traditional GOP candidate against Stabenow probably won't cut it in 2018.

Kid Rock will certainly be better than the status quo, and who knows, he could be just what Republicans need to take back Michigan.