We were warned. Get ready for more terror attacks, folks 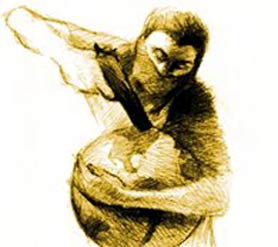 If Thursday's terrorist attack in Nice, France, was shocking, it shouldn't be - because we were warned.

The attack seems to have been ripped out of the al-Qaida playbook.

In 2010, two American terrorists,Anwar al-Awlaki and Samir Khan, published a series of articles in the al-Qaida magazine Inspire on what they called "Open Source Jihad." They described it as "a resource manual" for carrying out terrorist attacks against the West that allowed Islamic radicals "to train at home instead of risking dangerous travel abroad." All that is needed, they said, "is the willingness to give one's life for Allah."

One of those articles, published in the fall 2010 issue under the name of a terrorist trainer identified as Yahya Ibrahim, was called "The Ultimate Mowing Machine." It described what ultimately happened in Nice in precise detail.

"Here is one idea of how an individual Muslim may [wage individual jihad]. It is a simple idea and there is not much involved in its preparation," the article said. "The idea is to use a pickup truck as a mowing machine, not to mow grass but mow down the enemies of Allah."

"Pick your location and timing carefully," it continued. "Go for the most [crowded] locations. Narrower spots are also better because it gives less chance for the people to run away. . . . To achieve maximum carnage, you need to pick up as much speed as you can while still retaining good control of your vehicle in order to . . . be able to strike as many people as possible in your first run. Keep in mind that as soon as people realize what you are up to, they would scatter and run in every direction looking for cover. They would look for areas where the vehicle cannot reach them. Therefore, it is important to study your path of operation beforehand."

The article further advised that "The ideal location is a place where there are a maximum number of pedestrians and the least number of vehicles. In fact if you can get through to 'pedestrian only' locations that exist in some downtown (city center) areas, that would be fabulous. There are some places that are closed down for vehicles at certain times due to the swarms of people."

"If you have access to firearms, carry them with you so that you may use them to finish off your work if your vehicle gets grounded during the attack," it concluded, adding "This idea could be implemented in countries like Israel, the U.S., Britain, Canada, Australia, [and] France."

This is what happened Thursday night. The driver, identified as 31-year-old Mohamed Lahouaiej Bouhlel, took a truck, found a crowded location in the city center reserved for pedestrians, where thousands were gathered for a fireworks display. He picked up as much speed as possible and drove for more than a mile down the promenade, mowing people down. The driver then got out and started shooting people, before he was shot by police. At least 84 people were killed and dozens more injured.

It's not known yet whether Bouhlel was following an al-Qaida script, or whether his allegiance was to that or the Islamic State or another jihadist group. But if terrorists are following this "Open Source Jihad" manual so closely, what other kinds of attacks does it suggest? In the winter 2010 issue, al-Qaida published a detailed guide for "Destroying Buildings," with advice on the "best gas to use" and instructions on how to find "the center of gravity . . . the points in the building that if destroyed would cause the fall of the building." A spring 2013 issue provided a detailed guide for "torching parked vehicles" and "causing road accidents." More recently, the spring 2016 issue included a detailed manual for "Home Assassinations" with step-by-step guides on how to build parcel bombs, magnetic car bombs and door-trap bombs.

So how do we stop them? The answer is not gun control. France has some of the strictest gun-control laws in the world, yet that did not stop Bouhlel in Nice from obtaining the weapons he used. And most of those killed in France were not shot; they were run over. The terrorists have plenty of ideas for how to kill us that don't involve guns.

The answer is to take away their caliphate - to win the fight over there, so we do not have to face them over here. When the Islamic State was "decimated" after the 2007 surge in Iraq, its members were not carrying out terrorist attacks across the world. They had, according to CIA Director John Brennan, only about "700 or so" adherents left. They were focused on survival, not external operations. Their current campaign of violence only started after President Obama withdrew all U.S. forces from Iraq, took our boot off their necks and allowed them to establish a haven in Syria - which they then turned into a Grand Central Terminal of jihad, bringing in tens of thousands of foreign fighters from more than 100 countries across the world. They then used their Syrian haven as a base from which to reconquer large swaths of Iraq, declare their radical Islamic caliphate and spread their deadly tentacles across the globe. And we think it is a coincidence that since then, they have carried out 126 attacks in 23 countries outside of Iraq and Syria that have killed more than 1,700 people.

When will the carnage stop? When the terrorists are defeated again. Until then, expect more attacks like the one in Nice.