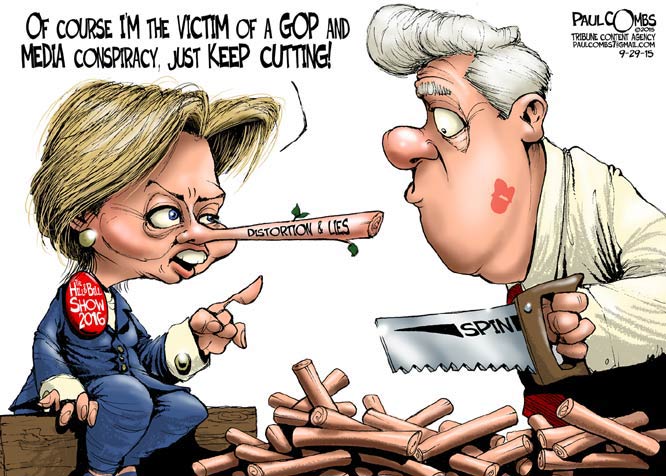 When FBI Director James Comey publicly revealed his recommendation to the Department of Justice last week that former Secretary of State Hillary Clinton not be prosecuted for espionage, he unleashed a firestorm of criticism from those who believe that Clinton was judged by different standards from those used to judge others when deciding whether to bring a case to a grand jury.

The FBI investigation had a bizarre ending to it. FBI recommendations are never made public as this one was. Attorney General Loretta Lynch had been compromised by her politically disastrous but legally consequential meeting out of the view of the media with Bill Clinton just one week before Comey's announcement. Whatever they discussed, the overwhelming public impression was such that Lynch removed herself and her senior aides from the case, effectively leaving the FBI to have the final say. This is unheard of in the post-Hoover FBI.

The Comey announcement itself gave two reasons for recommending against indictment. One was that "no reasonable prosecutor" would take the case. That is not a judgment the FBI gets paid to make. The FBI's job is to gather, present and evaluate facts and evidence, not predict what prosecutors might do with it. The other stated reason for recommending against indictment was that though Clinton may have been "extremely careless" in handling state secrets, she was not "grossly negligent," which is the standard required by the espionage statute.

Yet Comey also acknowledged that Clinton sent state secrets to nongovernmental colleagues who lacked national security clearances, that those people were hacked by hostile intelligence services and that she used her numerous non-secure mobile devices recklessly while inside the territorial borders of those hostile governments. If all that is somehow extremely careless but not grossly negligent, then many who have done far less than Clinton — and have been prosecuted and convicted — were wrongly prosecuted.

Since Comey's announcement last week, several new factors have come to light. One is that the DOJ never presented any evidence to a grand jury. It never sought subpoenas from a grand jury. This is unheard of in major criminal investigations because the FBI alone has no subpoena power and needs a grand jury to issue subpoenas for it.

The absence of a sitting grand jury also makes one wonder about the circumstances under which and the purpose for which the DOJ obtained immunity for Bryan Pagliano, Clinton's internet technology adviser. She paid him $5,000 to migrate her public and her secret State Department email streams from the government's secure servers to her own non-secure servers. Immunity, which is essentially the pre-indictment permanent forgiveness of criminal behavior, cannot be given lightly and can only be given in return for testimony — usually to a grand jury or a trial jury. Strangely, that was not the case here.

Nevertheless, Clinton's persistent problems with personal honesty have brought her face to face with three more criminal investigations. One is for public corruption. The second is for perjury. And the third is for misleading Congress.

The public corruption investigation has been underway for a few months. The allegations are that she exercised the powers of her office as secretary of state to enrich her husband and herself. The evidence here is ample. There are dozens of documented instances in which foreign governments and individuals received beneficial treatment from her State Department — usually exemptions from compliance with American laws or regulations — and then collectively gave hundreds of millions of dollars to the Clinton Foundation at a time when it was not a registered lawful charity.

The second investigation Clinton faces is for perjury. This arises out of a Freedom of Information Act civil lawsuit during which she swore in writing and under oath, citing the phrase "under penalty of perjury," that she surrendered all of her work-related emails to the State Department. When she left the State Department, she effectively took all of her emails with her. Then, when the FOIA cases began, she returned about half of what she had taken, claiming that the other half was personal.

The FBI found that she failed to return thousands of work-related emails, some of which she and her lawyers attempted to destroy and some of which they succeeded in destroying. Who ordered the destruction?

Finally, Clinton will most likely be confronted with charges of misleading Congress. Misleading Congress consists of intentionally creating a false impression in response to material congressional questions. She did this when she denied to the House Select Committee on Benghazi that she had sent or received emails via her home servers that contained state secrets.

The FBI found 110 emails in that category, at least two dozen of which were at the highest level of protection that the government accords its secrets. She also told that same committee that she had surrendered all her work-related emails to the State Department.

Former New York Yankees pitching great Roger Clemens was tried twice (after a trial that ended with a hung jury, he was ultimately acquitted) for misleading Congress when he was forced to speak to a House committee about the contents of his blood and urine as a baseball player. Clinton has misled Congress about her lawful obligations as secretary of state, and she skates free.

Back in the Whitewater days, when the propensity of both Bill and Hillary Clinton to lie routinely and naturally first became apparent to the media and the public, the late, great New York Times columnist William Safire referred to Mrs. Clinton by a moniker that enraged her husband. He became so fearful of the truth and so furious with Safire that he publicly threatened to punch Safire in the nose.

Safire called Hillary Clinton a congenital liar. He was right. That was 20 years ago. Some people never change.