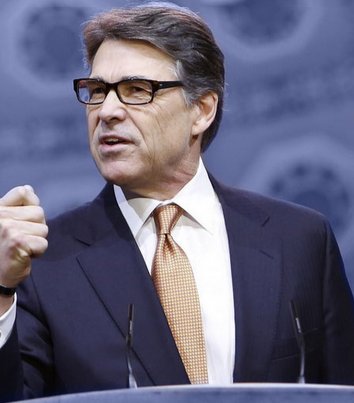 Check out what Rick Perry recently said about better serving needy African-Americans and you'll find something inspiriting — a persuasive analysis of what works and a signal of Republican concern. Next look at what he did along these lines during 14 years as governor of Texas. The record is beyond inspiriting. His policies made a powerful difference. Lives became better.

The occasion of Perry's remarks was a speech at the National Press Club in Washington and it's doubtful anyone in the audience was expecting what was heard. This presidential candidate admitted his party had dodged racial issues and that his own state of Texas had deplorable incidents in its history. He told a story of a 1916 lynching that was nothing less than horrifying. He spoke as well of the legacy of slavery and segregation that still needs to be addressed.

Perry made it clear that Republicans need to step forward but was hardly hesitant in criticizing Democratic strategies that too often consist of spending, spending and more spending to no avail. He pointed at how President Barack Obama has increased Medicaid spending by billions while health has gotten better in no noticeable way. And he observed that the federal government now spends nearly a trillion dollars yearly on poverty that then shrinks scarcely a nickel's worth.

The conservative approach he outlined includes trashing trivial lawsuits and keeping taxes and regulations under control to make it less expensive to do business. That's an accomplishment that can lead to lower prices highly helpful to the poor, he said. He talked about putting students above teachers unions and keeping schools accountable. He said it was crucial to cut down on incarceration rates that wreak human ruin when rehabilitative alternatives could achieve human rescue. He urged cheaper college tuition to enable more educational opportunities for everyone.

Did he then brag a bit about what economically sprinting Texas has done? Yes, and it's OK to back up theories with evidence. He said the best welfare is jobs of the kind Texas has created and that African-Americans have rushed to the state to get. The cost of living is low. The high school graduation rate during his administration went from 27th in the nation to 2nd and to first for blacks. Crime rates are way down and he has closed three prisons, saving billions of dollars. There are 13 Texas universities offering four-year degrees for a total tuition cost of $10,000.

On the federal level, Perry said, he would like welfare to be transformed into a system in which states get grants they can administer to suit the particular needs they face. He wants the income tax credit that goes to low-income workers to be boosted high enough to get people over the poverty line. He wants less spending, not more, and tax reform. He wants to cut back on regulations some say are now costing about $1.88 trillion a year, or $15,000 per household.

In outlining this plan, this self-rejuvenating politician was not saying what some Democrats have been saying about precious few advances being made over the years in race relations. He believes the country has a more embracing attitude toward minority groups than ever before. But he is saying, too, that it is time for Republicans to regain moral stature as the party of Lincoln, to start working hard to help African-Americans and, by the way, to win more of their votes.

Here is hoping that not just a few of his fellow Republicans are listening and waking up and deciding they will also do their best no just to win black votes, but to deserve to win black votes. Here is hoping, too, that African-Americans will give such messages a chance. Conservative principles can work to their advantage, as Perry has shown in Texas.