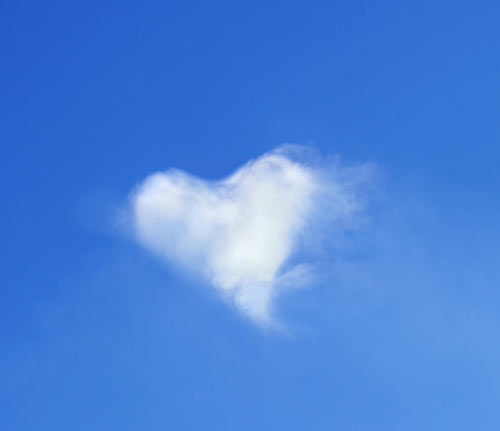 From the United States Constitution to the French Revolution, from the Emancipation Proclamation to the 19th Amendment, from the Civil Rights Act to last week's Supreme Court decision affirming the right to gay marriage, the world has taken (by a vote of 5 to 4) another great step forward on the road to universal equality and justice.

That's what the pundits would like us to think. Except that it wasn't a step forward.

And, more important, it was never about the right to marry.

It wasn't a step forward for jurisprudence, since a handful of judges followed the spurious example of the Massachusetts Supreme Court by changing the definition of a hallowed institution and retroactively declaring it a right. By doing so, as Justice Antonin Scalia so passionately articulated, the highest court in the land circumvented the rule of law and created a precedent by which it can now grant itself potentially limitless power.

It wasn't a step forward for children, who benefit emotionally, psychologically, and developmentally from growing up in the nurturing environment of one male and one female parent. Of course, there have long been single-parent homes and gay adoptive parents. But those are hardly the ideal. By institutionalizing a home life that denies children the advantages of a one-mother/one-father home, we encourage the kind of domestic chaos that has already rendered so many children and young adults dysfunctional. Watch for statistics to bear this out over the next decades.

And it wasn't a step forward for society as a whole, for it has torn down what remained of perhaps the most fundamental cultural bulwark against moral anarchy and social disintegration.

THE FOUNDATIONS OF CIVILIZATION

The institution of marriage has always rested upon three pillars: biology, psychology, and morality. Virtually all of these have now been demolished in our relentless campaign to enshrine "freedom" as the highest ideal of humankind.

Biology. For most of human history, simple biology served as the bedrock of the institution of marriage. It took one man and one woman to produce a child and to raise a child; the man was best suited to the demands of physical labor necessary to support a family, and the woman was best suited to the childbearing and childrearing necessary to raise children to become healthy adults.

In the last two generations, however, a changing world made other models possible. Inevitably, our entitlement culture declared every alternative a choice every possibility a "right."

Psychology. Men really are from Mars, and women really are from Venus. Marriage is hard work, precisely because men and women are so different from one another. But as in any cooperative system, partnerships succeed when partners complement one another's abilities, with each taking up the slack left by the other's deficiencies. This model of cooperation is part of the reason why children benefit from having a mother and a father, but it also benefits the couple themselves, for marriage becomes a training ground for all aspects of life. Only by learning to accommodate people different from myself can I become a productive, integrated member of society.

Then, a generation ago, the new wisdom asserted that males and females are essentially the same, albeit with different moving parts. By the time unisex ideology was soundly discredited, gender confusion had taken root and would never let go.

Morality. The statutes that govern a pluralistic society should be purely utilitarian. Passing traffic laws that mandate driving on the right side of the road, levying taxes to pay for highways and utilities and law enforcement, appointing inspectors to oversee matters of public health -- these are all societal necessities and the proper job of lawmakers public servants.

But no society will survive if its citizens are concerned only with the letter of the law. Every rule can be circumvented with sufficient creativity, and passing more complex laws to plug every loophole only creates more loopholes.

Civilized society will endure only with a collective commitment to the spirit of the law as well as the letter of the law. Citizens need a common reference point to define who they are and what they believe. "Freedom" is too abstract a concept to do the job. "Rights" is too self-serving.

That is why the cornerstone of civilized culture has always been marriage.


TWO FOR ONE, AND ONE FOR ALL

As an institution, marriage created a moral structure upon which all other moral structures found purchase: Partnership, self-sacrifice and, perhaps most critically, respect for the natural boundaries and limits imposed by the design of the universe in which we live. Human beings took for granted the imperative to conform to nature's laws and nature's plan. Individual desire and ambition learned to submit to a higher reality and universal truths. Personal gratification was not the ultimate arbiter of right and wrong in a society that required cooperative spirit and collective commitment to ideals that extended beyond oneself.

The most contemptible fallacy in Justice Anthony Kennedy's reasoning is that marriage "focuses almost entirely on the happiness of persons who choose to marry." This embarrassing, almost infantile perspective trivializes the most sanctified and morally exalted institution in human civilization. It is also the reason why so many marriages fail today. If the relationship is all about my happiness, the moment I'm no longer happy the marriage contract is, by definition, void.

Needless to say, the system was never perfect, just as human beings are far from perfect. There was tension, there was abuse, there were tragic accidents, there were deviations from the norm. Marriages sometimes failed, which is why divorce was an inevitable companion of marriage. But divorce was a last resort, the nuclear button of the nuclear family, reserved for those situations when there was clearly no hope of restoration or reconciliation.

And by exhausting every other possibility first, most couples found that their differences could be resolved and that their marriages could be preserved, not only for the sake of the children but for the ideal of the home that represented the ultimate stabilizing influence within human society.

But the rebellion of the sixties led to the "Me Generation" of the seventies, which produced no-fault divorce and, more significantly, an acceptance of all behaviors as "lifestyle choices." When people had to hide their counter-culture behavior behind closed doors, the values of society could survive a rebellious minority. But when that conduct was thrust upon a public incapable of insulating itself from the images of moving pictures and pop-culture, the erosion of moral boundaries accelerated a thousandfold.

Which brings us to the second point: It was never about marriage.

If it were only a question of rights, proponents of gay marriage would have been satisfied with civil unions, which were already available just about everywhere. Tax benefits, inheritance rights, access to medical records, and adoption opportunities were all in place before last week's decision by the Supremes.

But none of this was about rights. Rather, it was all about ideology. It was about forcing the establishment culture to abandon its most deeply-rooted definitions of morality. It was about imposing upon those still committed to traditional values an ultimatum of concession or persecution: Recant what you believe or suffer retaliation through force of law. In a macabre irony, the same legal principles manipulated in the name of freedom will now be wielded to coerce people of conscience into, at best, silent acceptance and, at worst, participation in that which their moral values cannot abide.

But wait and see. The progressives are not finished. Polygamy will be next, and then incest, and after that we can only imagine what will come. For, as one candid activist admitted, the endgame is not to broaden the laws of marriage but to destroy the concept of marriage altogether. Only then will we all be truly "free."

The recent decision handed down by the high court does not take us forward. It takes us one step further away from the ideals of the Framers and one giant leap closer to the moral anarchy of the Roman Empire. Perhaps the pendulum will swing back. Or perhaps it's too late to avoid the precipice that lies ahead.