Trust the Experts! Lessons from the front lines 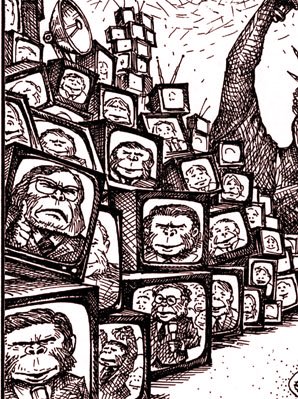 We should all be deeply troubled by what appears to be plummeting confidence in experts. This is an alarming trend that can only have devastating consequences, and it must stop.

I say this as an expert. In what? Ethics, that's what, which gives me moral standing to pass judgment on matters large and small. You want credentials? I have been on TV many times, identified by words beneath my name as an ethical expert — including twice on Oprah. And how did I achieve such lofty stature without ever having so much as taken an ethics course in college? Esquire enlisted me to write a column on the subject.

So what if the job came as a kind of booby prize, since I'd been petitioning the magazine to let me do a humor column? Never mind that, by dint of both inexperience and total lack of interest, my initial response was incredulity. "Don't worry," assured my editor, "just write your humor column, then throw some kind of ethical point at the end. We'll call you Shecky Spinoza."

When my then-girlfriend, a philosophy major in college, tried to get me to bone up on Plato, Kant, and Baruch, I laughed. After all, who needed those guys? By then, I'd been at it a few months, and had already picked up Lesson #1 to success in the expertise game: attitude.

It doesn't necessarily matter if it makes much sense, or even if the expertise on offer proves dramatically wrong. Say it with enough confidence and command, and you're in. Look how long Lyndon Johnson kept listening to his experts on Southeast Asia, or Enron to "the smartest guys in the room"; or consider who Andrew Cuomo has been listening to.

In my case, the gimmick was to dredge up some ethical dilemma from my or some friend's past — not hard, since we were all 1960s-era vets adept at rationalization — kick it around for 600 or 800 words, then reach the obvious, Ten Commandments-wise, conclusion.

The mail came pouring in from admiring readers, many seeking ethical guidance. As night follows day, there came invites from the morning shows needing five minutes of expert insight into some sticky moral situation in that day's news. Who else was a harried producer to call when, say, Penthouse hit the stands with photos showing newly named Miss America Vanessa Williams doing scandalous things than, as I'd then been dubbed, Mr. Ethics? One group of midwestern acolytes produced tee shirts reading, "What would Harry Stein Do?"

I found this congenial and entirely appropriate because, Lesson #2: You've got to believe it yourself. Which, trust me, isn't hard once you receive enough daily reinforcement. Indeed, my only problem in this regard was that, having married the ex-philosophy major, my ethical stature was regularly under sharp — and sometimes mocking — challenge at home. Had I taken it more to heart, this might have threatened our family's financial well-being.

Was I ever in doubt? No, it's not in the job description. L'audace, l'audace, toujours l'audace, as Danton had it; except in the wide world of expertise, fearless provocation won't get your head looking up from a basket, but instead talking with authority on CNN. Once you've gotten yourself media-vetted, it's almost impossible to lose your expert card. How long has it been since Paul Ehrlich guaranteed there'd be mass worldwide starvation — 50 years? Remember all those experts warning that AIDS was about to overwhelm the straight community? Wasn't Anthony Fauci one?

Happily, we experts in the media are especially free from irritating second-guessers, since we also make the ground rules. As Matt Taibbi points out, we see it as our right to "tell millions of people what to think about the complex issues of the world."

As a confused friend recently asked: "Wasn't it just a couple of months ago you were all constitutional scholars?" He added: "How'd you all get to be epidemiologists?"

But being an expert means never having to say you're sorry. What are the naysayers going to do — point out the distance between what we say and how things really are? Expose us on Facebook or Google? Let's not forget, we're the experts there, too.

Harry Stein is a contributing editor of City Journal, where this first appeared, and the author of No Matter What . . . They'll Call This Book Racist and the comic novel Will Tripp, Pissed-Off Attorney-at-Law.