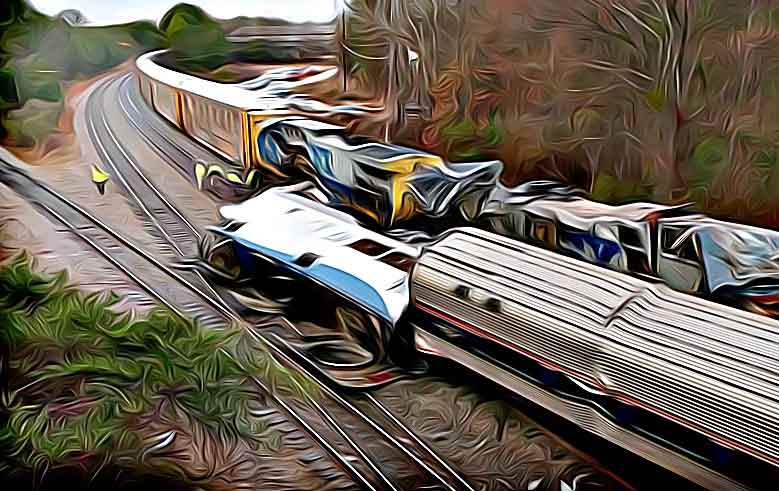 Donald Trump and Joe Biden agree on one thing — the other side is trying to steal the election.

Trump told a gathering of students in Phoenix on Tuesday that this "will be, in my opinion, the most corrupt election in the history of our country."

He amplified the point, a constant theme of his, in a tweet: "RIGGED 2020 ELECTION: MILLIONS OF MAIL-IN BALLOTS WILL BE PRINTED BY FOREIGN COUNTRIES, AND OTHERS. IT WILL BE THE SCANDAL OF OUR TIMES!"

The president of the United States actively undermining faith in the electoral process is gross and unprecedented, but he's not alone.

Joe Biden doesn't tweet in ALL CAPS, yet asked by Trevor Noah of "The Daily Show" whether he worried the election would be rendered "moot" by his supporters being prevented from voting, he replied: "It's my greatest concern. My single greatest concern. This president is going to try to steal this election."

This wasn't an isolated comment. "Mark my words," he warned in May, "I think he is going to try to kick back the election somehow, come up with some rationale why it can't be held."

It's not just Biden floating fevered scenarios about November.

Jon Bateman of the Carnegie Endowment for International Peace asked in a column in POLITICO, "If federal troops remain activated in the lead-up to the 2020 election, what assurances do we have that Trump will not somehow maneuver them into influencing the outcome?"

Democratic lawyer Marc Elias told the New York Times that Trump might try to keep people in urban centers from voting by calling out the National Guard, declaring a state of emergency or banning gatherings of more than 10 people.

Yes, if there is one thing everyone can now agree on, it's our dubious ability to pull off a free and fair election.

We are probably headed to the ugliest electoral smashup since 1876, when the contest between Republican Rutherford B. Hayes and Democrat Samuel Tilden went into overtime, with each party claiming it had won Florida, Louisiana and South Carolina.

Perhaps a handy victory by Biden or, less likely, Trump will take the edge off the postgame acrimony, but it is going to be ugly regardless. If the election is close, the aftermath will be a norm-busting extravaganza of conspiracy theories, lawsuits and, at the very least, threats to take it to the streets.

If there is one thing we know about Donald Trump, it's that he is not one to accept defeat with high-mindedness and dignity. If he loses, there's unlikely to be a concession phone call — one of the little grace notes of our democracy — and he will argue that he was undone by Democratic cheating.

Heck, he won in 2016 and still maintained he'd been cheated.

The transition would surely be unlike any we've ever seen, with the incumbent routinely insulting his soon-to-be successor. The chances would be better that Trump would live-tweet Biden's inauguration from Trump Tower than he'd honor the tradition of attending in person.

And if he wins, it could be even even worse.

There were protests in the streets after he won in 2016. In the supercharged atmosphere of 2020, we shouldn't be surprised by riots. After once again believing he'd inevitably lose and facing another intolerable four years of President Trump, the left's shock and despair would be unlike anything either side in our politics has experienced in memory.

How this sentiment plays out would be unpredictable, but one thing is certain: It's not going to lead Trump's opposition to conclude, "Oh, well. We ran another flawed candidate and got overconfident again. We'll retool and see you in 2022 and 2024."

One of the ironies of the 2016 election is that Democrats rightly scolded Trump for preparing the ground not to accept the election result. Then, when he won, they resisted accepting the result themselves.

The theory of Russian collusion — in which the Democrats, the media and a segment of the government invested so much — was driven by a belief that the election had been stolen with the assistance of a foreign power.

A close election will obviously magnify feelings on both sides. The Florida vote controversy of 2000 was the height of recent domestic contention over a presidential election. Looking back , though, it was remarkably tame.

With control of the presidency hanging by a thread in Florida, there were no large-scale demonstrations, let alone violence. The legal briefs flew fast and furious and both George W. Bush and Al Gore wanted to win and distrusted the legal and electoral maneuvers of the other side.

Yet there were things that neither of them would say in public and both of them were willing, if it came to that, to concede with grace. Both men were shaped by the post-World War II consensus in American politics. They had absorbed its standards and reflexively honored its guardrails.