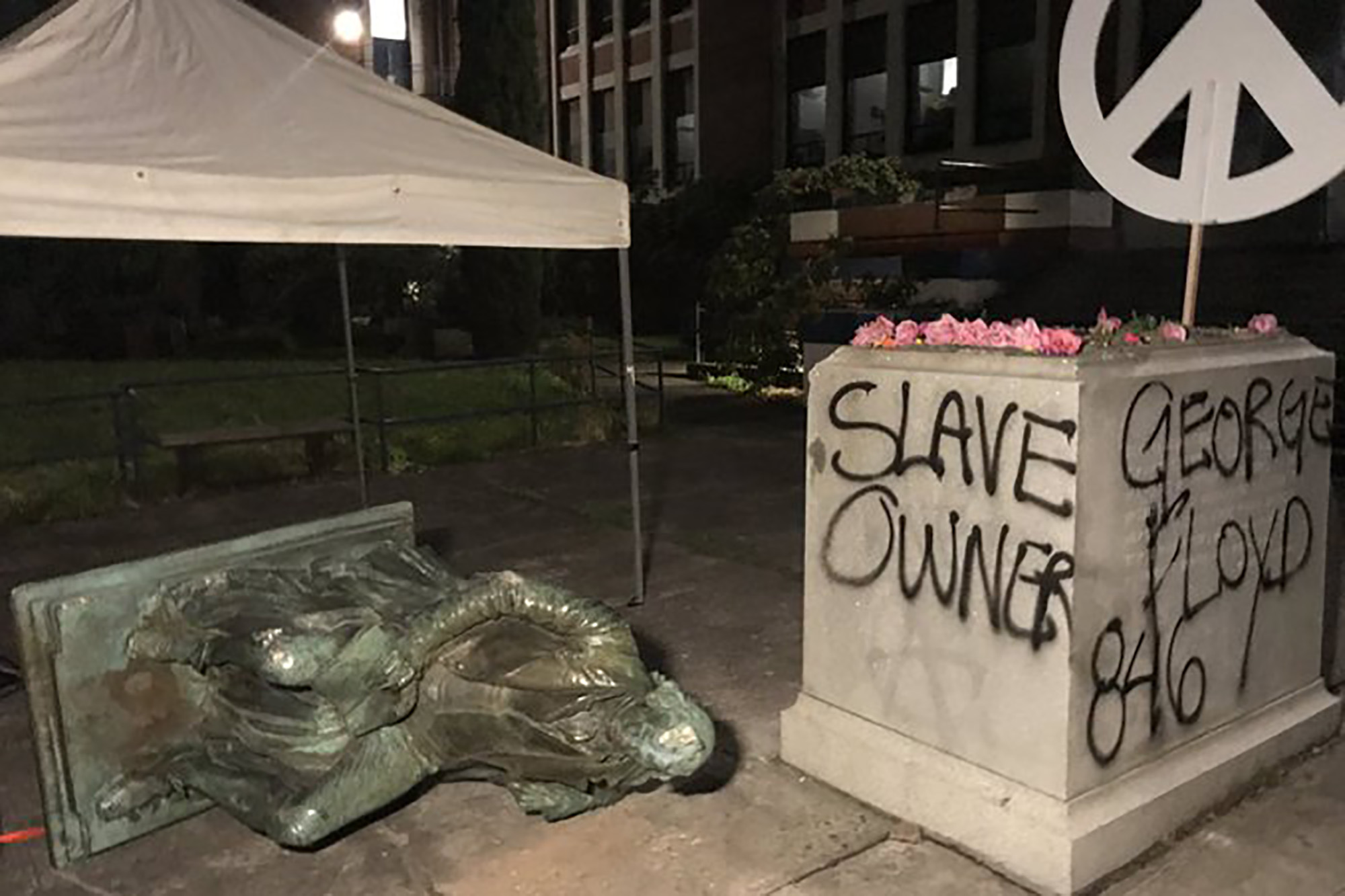 They're coming for Thomas Jefferson.

This was always obvious, but now it's even more plain. Protesters in Portland used axes and ropes to topple a statue of Jefferson. The New York City Council is agitating to remove a statue of the author of the Declaration of Independence from its chambers.

At this rate, the Sage of Monticello will be lucky if the Jefferson Memorial isn't bulldozed and if he isn't effaced from the nickel.

Jefferson is, to use the argot of the day, the most "problematic" of the Founders. The Virginian was a slave-owner who, despite his high ideals, never jettisoned an attachment to the Peculiar Institution that was a hideous injustice and, in the fullness of time, nearly destroyed the country. But that isn't what we honor him for.

Thomas Jefferson isn't memorialized on the Mall in Washington, DC, and elsewhere around the country because of the racist things he wrote in "Notes on the State of Virginia."

Jefferson doesn't have a place of honor in American history because of his — now widely accepted by historians — sexual relationship with one of his slaves, Sally Hemings, who was the half-sister of his wife. He isn't held up as among our most exalted Founders because of his fear of slave revolts and his ever-closer association with the slave South as he grew older.

No, Jefferson is on a pedestal for achievements that still define the country today — for the better.

He wrote the ringing lines in the preamble of the Declaration that eventually took on world-historical importance and were used as a rhetorical and philosophical cudgel against the slave system and white supremacy by the likes of Abraham Lincoln and Martin Luther King.

He was a theorist, champion and able practitioner of what we know as Jeffersonian democracy, "government of the people, by the people, for the people," as Lincoln famously put it at Gettysburg.

He wrote the Virginia Statute for Religious Freedom that became a model for the First Amendment and worked to abolish feudal relics such as entail and primogeniture.

As president, he doubled the size of the country in a stroke with the Louisiana Purchase.

He was a man of the Enlightenment, with incredibly wide-ranging interests from architecture to natural history and, in addition to serving as president, secretary of state and governor, founded the University of Virginia.

All of this speaks to his greatness — but none of it is to deny his miserable human failures and his woeful hypocrisy.

Hypocrisy, though, cuts both ways. Would we have preferred that all of America's 18th-century slave-owners were intellectually consistent and hewed solely to the doctrine of white supremacy? Or do we demand that all our heroes be spotless, uncomplicated and without sin? There are such people, but most of them have not been notable statesmen.

That Jefferson was deeply compromised by the slave system and yet rose above his own sectional and selfish interests to enunciate timeless principles should be considered an accomplishment, not a reason to relegate him to the ash heap. He always maintained that slavery was unjust and early in his career tried to abolish slavery in Virginia and prohibit the introduction of slavery in new Western lands.

He could have been John C. Calhoun, the South Carolinian who poured himself into discrediting Jefferson's defense of natural rights and justifying the South's coming secession. Instead, he was a much more complex, praiseworthy and consequential figure — tragic and flawed, to be sure, but unquestionably an adornment to his country.

The woke philistines who are targeting him are incapable of thought or discernment and want to jettison much of the country's heritage. A historian once said, "If Jefferson was wrong, America is wrong."

Those who want to grind his memory to dust clearly accept both parts of that formulation — and indict not just Jefferson, but the America he helped define.