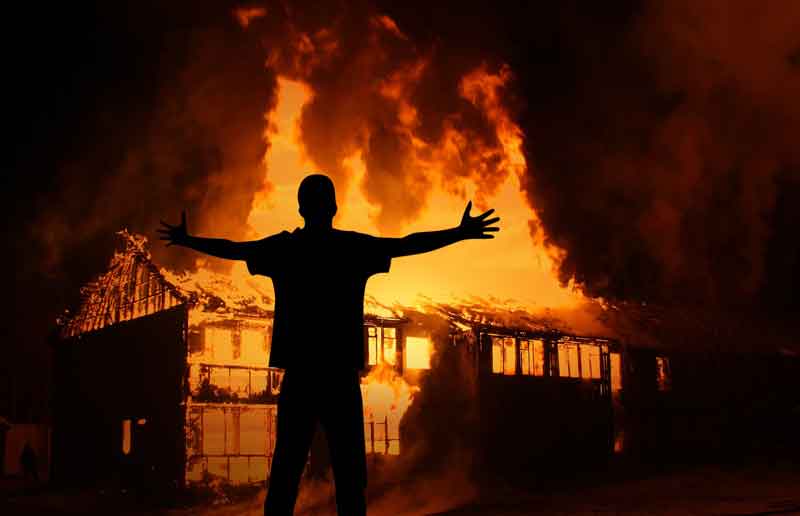 It's weird that this needs to be said, but here we are.

Then again, the pundit who reprehensibly claims that destroying property "is not violence" risks nothing. She agitates for revolution from the safety of her apartment. Much the same, I suspect, most of those excusing the destruction of our cities — either contending that businesses "have insurance" or peddling false choices about life being "more valuable than property" — have never built a business themselves.

Nor have I. Yet, I do know that having a business destroyed can be devastating, and "having insurance" won't make victims whole.

My parents were immigrants from Hungary. My father, who'd worked as an industrial chemist in the old country, ended up in New York's jewelry district in the 1970s learning how to set diamonds. Learning a new craft takes patience and hard work. My mother, pregnant with me and unable to speak much English, would take the F-train from Rego Park to Manhattan to bring home necklace-beading work.

Like millions of Americans, after years of plying a trade, saving money and taking out loans, my parents opened a small business in a strip mall in the suburbs.

As a kid, I often walked the mile and a half from my elementary school to spend time at our small jewelry shop. I was no different from the kids in the neighboring liquor or Chinese food stores, where parents toiled away for endless hours.

In those days, it was more common to see children helping out in family-run businesses, or at least that's my recollection.

One day — on a half-day of school, as my luck would have it — our shop was robbed. The fact that the strip mall was situated on a busy road, or that it was the middle of the afternoon, didn't deter the thieves. Three men, two inside and one outside, pulled out guns and demanded the combination to the safe. They cleaned out the place.

Seeing a sawed-off shotgun pressed against a family member's head is not an experience I recommend. Yet, in 1981, many people in the metropolitan area had been either mugged, robbed, threatened or had their cars stolen. That year, New York City reported more robberies than in any year in its history — over 120,000 — and over 2,100 murders.

Anyway, my parents had insurance. They were lucky enough to be reimbursed for the things that were stolen, but they would never see a penny for the years of preparation, exertion and sacrifice. I suspect thousands of Americans who have built business — given up time with their kids, spouses and parents — will end up in a similar circumstances due to the inability of our elected officials to stop criminals and cosplay revolutionaries.

While it's sickening to watch an Obama bro grouse that there's too much media attention being paid to devastated communities, it's unconscionable to see the attorney general of Massachusetts, the top law-enforcement officer in her state, say, "Yes, America is burning, but that's how forests grow."

Is the forest growing in Minneapolis, where George Floyd was murdered? Doesn't sound like it:

The riots and arson that followed protests of George Floyd's death have devastated organizations and businesses that serve communities of color. Destruction from the south side's Lake Street to West Broadway Avenue in north Minneapolis has hit immigrant- and minority-owned businesses already struggling amid the pandemic-induced shutdown. Now, ethnically diverse neighborhoods are grappling with the loss of jobs, services and investments.

Riots may excite the keyboard revolutionary, but they won't bring racial equality. The opposite, in fact. Not only are the anarchists who burn and loot stores subjecting many of their neighbors to a dehumanizing experience, they are destroying poor and minority neighborhoods.

Big businesses might be able to afford to fix the smashed windows and ransacked supply room, but family-owned ones are going to struggle. Chain stores have insurance, but the individuals and smaller manufacturers who depend on them for their livelihoods also are threatened.

The big stores themselves will be paying higher insurance rates, and some of them may decide to never come back to these poorer neighborhoods.