These Dem Presidential Debates Have An NBA Problem 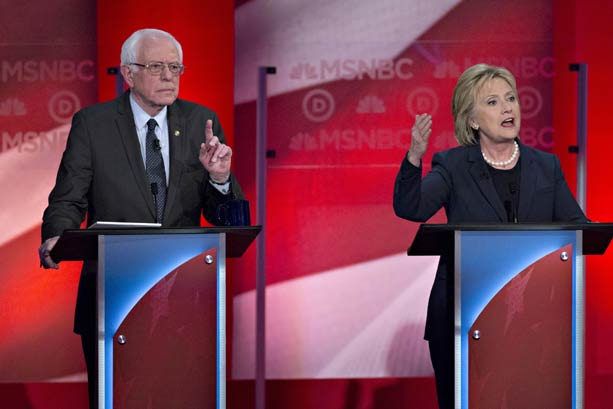 If you plan to tune in to the Democratic presidential debates later this week (who said there's nothing on tv at this time of the year other than bad reality shows?), here's what to expect.

On Wednesday night, the following contenders (listed alphabetically) will take the stage in Miami:

And on Thursday night:

First, the Democratic National Committee, which randomly chose the two nights' lineups (the eight candidates with polling averages of at least 2% percent were drawn first, followed by the 12 remaining candidates), failed to give us the best storylines: Biden and Warren, who don't much like each other, jousting over policy; and Sanders and Warren competing for the title of anti-establishment.


Sure, the two nights will have their moments: Biden and Sanders have never faced off on a debate stage; it'll be telling to see if Delaney and Hickenlooper, the two realpolitik candidates in this field, can talk their more prominent rivals off the socialist roof — and how effectively the other Democrats dismiss their attempts at pragmatism.

The other problem: these debates are woefully out of proportion — like a strongman who does nothing but bicep curls . . . on only one of his two arms.

Based on a compilation of 23 polls, Thursday night's debate features the first- (Biden), second- (Sanders), fourth- (Harris) and fifth-ranked (Buttigieg) candidates. The previous night's debate offers only the third- (Warren) and sixth-strongest (O'Rourke) Democrats in this vast field of hopefuls.

It's a problem that plagued the National Basketball Association for many seasons, prior to this year's playoffs. The league's Western Conference would be stacked with talent; the Eastern Conference was LeBron James and the Little Sisters of the Poor (before this year's final, only two Eastern Conference teams in the past two decades that didn't have James on their roster managed to win a title (Boston in 2008 and Detroit in 2004).

In the past, I've turned to the NBA for ways to improve the presidential selection process (for example, I think we should hold a lottery, ala the NBA, to decide the order of states' primaries and caucuses).

My proposal for improving the Democratic presidential debates: do something that's been suggested, in the past, for professional basketball: seed the entire field of rivals top to bottom, then play it off.

Under my plan, the Democratic debate field would be trimmed from 20 to 16. That means saying goodbye to Delaney, Bennet, Swalwell and Williamson (as I live within earshot of Swalwell's Bay Area district, I can do without his sanctimony for one night).

If we now take the remaining candidates and seed them, 1-16, based on polling strength, here's how the new lineup would look (from strongest to weakest):

*Though Gillibrand and Gabbard are tied in this poll compilation, the former has a stronger Real Clear Politics average)

**de Blasio got in last, so I'm punishing him for his characteristic laziness.

What do we get from this lineup that the actual one lacks?

For openers, you get the Sanders-Warren dynamic — plus a chance of Hickenlooper telling both they're nuts. Thursday's panel of Biden, Buttigieg and Klobuchar would offer some welcome civility (maybe) — with the exception of the two nettlesome New Yorkers in the race (de Blasio and Gillibrand).

Moving forward, the Democrats could turn to other sports-inspired innovations for shaping their debate fields — for example, a "play-in" debate among eight lesser candidates after which the four best performers (based on polls and online voting) would share a debate stage with the field's four strongest candidates.

Maybe all of this wouldn't provide the fireworks and theatre we came to expect any time Donald Trump took the debate stage in 2016, but the Democrats would get credit for innovation.

And we wouldn't be complaining about the stacked deck coming our way from Miami.