Haven't met your significant other's family or friends? You're being 'stashed' 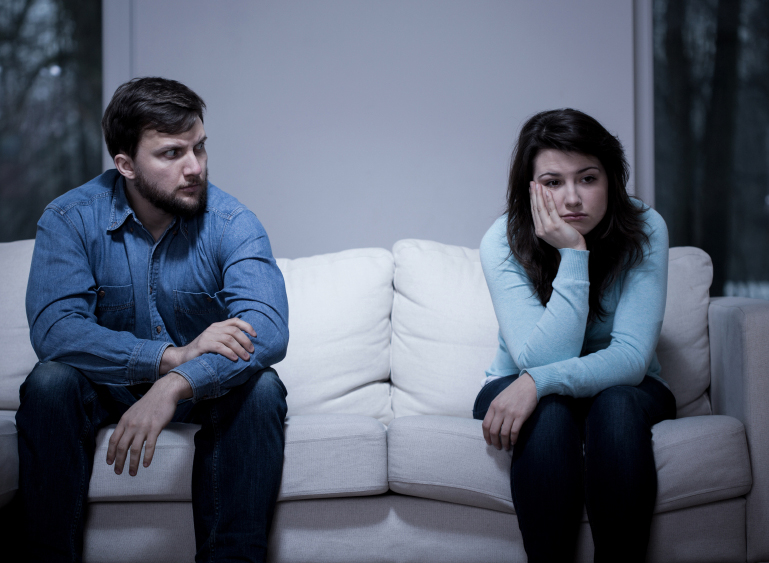 "I never met a single person in his life."

That's how Chelsea Clyde, a government worker in Connecticut, characterizes her eight-month relationship with a guy who was "stashing" her.

What's "stashing"? It's a new term for an old phenomenon: When the person you're seeing doesn't introduce you to their friends or family. And there's no sign of your relationship on social media.

"There was zero context for who he was outside the relationship," Clyde said of her ex, whom she met on Bumble. He had met her closest friends and family, but never made any reciprocal introductions.

She saw his apartment and they spent nearly every weekend together, so "I don't think he was married with three kids," Clyde jokes. But here's why their isolation mattered: She had no idea what he was like outside their relationship. Did he make inappropriate comments about women with his friends? How did he treat his mother?

"I didn't get to see any of that," Clyde said recently. "It's fine that he was respectful with me, but how did he act with other people?"

Clyde and her ex were never Facebook official, but that didn't bother her. It was the IRL part of the stashing that hurt. "I think he just wasn't invested in me or us enough to put that forward to his friends and family," she said.


Her instincts seem to be spot-on.

Social media silence is less of a red flag; after all, research finds that obsessively posting about your so-full-of-love relationship is often a sign that it's not so secure. Plus, posting about your new boo just invites more questions if and when you break up: "If you want the likes and the heart eyes, you just have to be prepared for the 'What happened?! You looked so happy,'" says dating coach Francesca Hogi, who prefers dating without inviting strangers to speculate on the strength of her relationship.

"If you see anything about my love life on social media, I'm getting married," she said. "I have been in a serious relationship and posted about it. It just makes it all the more complicated when you break up."

But keeping a new partner from your friends and family IRL is more serious.

Shasta Nelson, the author of "Frientimacy: How to Deepen Friendships for Lifelong Health and Happiness," suggests making those intros sooner rather than later. "We bond more with our partners when we meet their friends," she said, adding that a big party or group event can be more comfortable than a one-on-one interrogation with your bestie.

Nelson also stressed that it's important for your friends to meet the person you're dating even if you're not serious. "We get to see: Does our friend light up more when she's with this guy? ... Is she acting like herself?" she said. A relationship, she added, "is not a part of your life until you're integrating it with the other parts of your life."

True, but "stashing" may not be about you --- the person who hasn't met her partner's friends. It could be more about those friends.

Amy Van Doran, a matchmaker in New York, notes that, in an age of oversharing, stashing can be smart. "You're keeping the relationship a quiet sanctuary away from the opinions of friends or exes," she said. Maybe the person you're dating doesn't like their family, or doesn't have a good relationship with them. Maybe they're going through a divorce and there's a complicated alimony situation, or they don't want to catapult an ex into a spiral of social-media stalking.

Van Doran said she sees more men than women hiding their partners from their social circles. Women, she said, "care more about the Facebook status," whereas, in general, men date with one eye open toward what else might be out there.

According to Van Doran, women are more likely to wonder: Is he just sleeping with me, or is this a relationship?

In some cases, there can be a cultural piece as well.

Van Doran works with a lot of Jewish and Indian clients whose parents strongly prefer that their children marry someone of a similar background, so she says a person might stash a partner because "they want to make sure the relationship is legit before going into the battlefield."

This dynamic was at play in the rom-com "The Big Sick," when Kumail (Kumail Nanjiani) was reluctant to introduce his white girlfriend, Emily (Zoe Kazan), to his Indian-American parents.

The only way to know why you're being stashed is to ask your partner - in a curious but nonconfrontational way - why they haven't introduced you to any friends. Van Doran admits to stashing her own partner away from her friends at times, for innocent enough reasons. "It's only because I don't think they're going to have anything in common," she said, adding that she also doesn't want her partner to see how trivial she can be around her friends.

However, if someone is stashing a partner because they think the relationship isn't going anywhere or they're holding out for someone better - those are the moments when compartmentalizing can signal a larger problem. "If that's the reason you're being stashed, I would drop that relationship immediately," Van Doran said.