Progressives should be glad they lost the Supreme Court 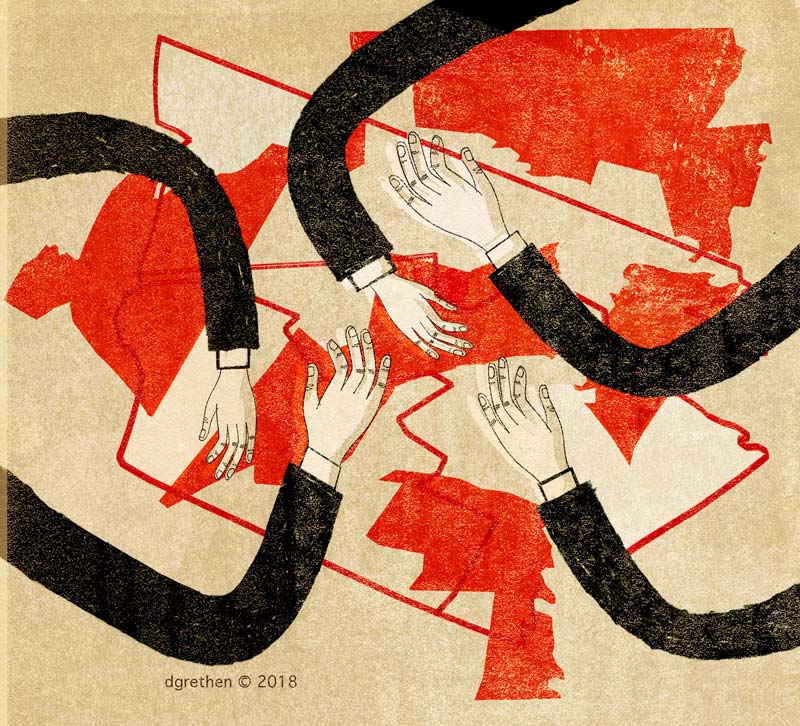 A great puzzle of the past couple of years' worth of political and constitutional debate has been that so many people, mostly progressives, have continued to insist on federal-court supervision of partisan gerrymandering long after it became clear that the ultimate arbiter would be a five-member Supreme Court majority of conservative, Republican-appointed justices.

Supposedly the same institution that brought us the judicial-electoral train wreck known as Bush v. Gore, which effectively threw the 2000 election to Republican George W. Bush on the basis of threadbare legal reasoning, could be trusted to manage congressional elections forever.

Thursday, in declaring nonjusticiable the question of how much partisan gerrymandering is too much, Chief Justice John Roberts and his fellow conservatives on the court have renounced a power to manipulate U.S. politics that they could have used quite mischievously if the justices were indeed the partisan hacks their critics claim them to be.

The latter set of risks include: unprincipled judging by federal courts; inconsistent and incoherent attempts to distinguish between arcane statistical measures of "excessive" partisanship; and, most of all, the mutation of the Supreme Court into a national redistricting commission, which would turn the judicial confirmation process into a de facto vote on the future shape of congressional districts all across the United States.

Progressives launched the litigation campaign for a federal ruling on partisan gerrymandering at a time when it seemed that Hillary Clinton would win the presidency in 2016, ensuring a sympathetic majority on the Supreme Court thereafter.

Now that that strategy has played out, they should be breathing a sigh of relief or thanking the chief justice, not bemoaning the court's supposed complacency.

In fact, the results of the 2018 election - Democrats won a majority of the popular vote, and a majority of House seats, despite contesting the races on a GOP-gerrymandered map - showed that the practical need for a court ruling was overblown in the first place.

The Cook Political Report's David Wasserman and Ally Flinn had previously found that redistricting explained only 17 percent of the decline in competitive congressional districts between 1997 and 2017.

Gerrymandering was not destiny; and, even without the justices' involvement, it is not being allowed unchecked by other institutions of government, especially those at the state level. Ohio, Michigan, Colorado, Missouri and Utah approved referendums in 2018 that will reduce partisanship in redistricting after the 2020 Census.

The issue is now in the hands of voters at the grass roots, which is where it should be. A great danger - the corruption of the federal courts by repetitive intervention in sordid partisan fights - has been averted.