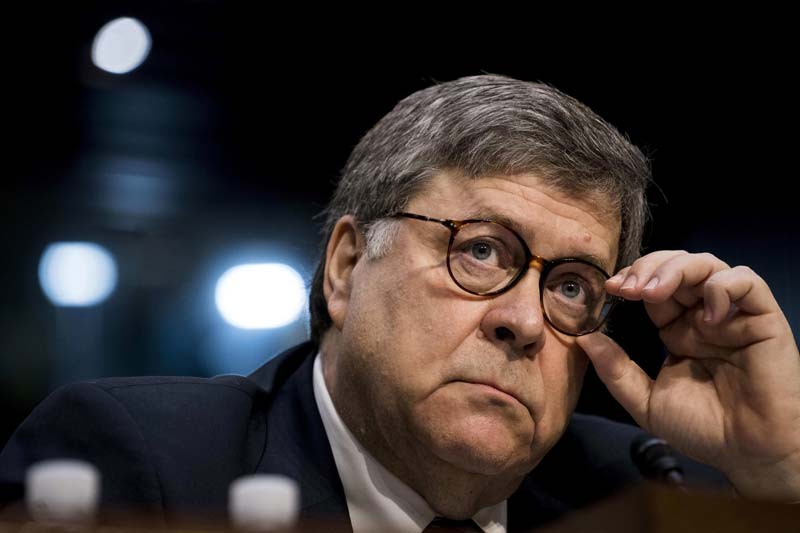 With so much political noise in the air, with President and AOC calling their partisan bannermen to political war, it's almost impossible for Americans to hear themselves think.

But there are two questions we might ask of ourselves:

What does the republic have in common with the ?

And what happens if Attorney General is thwarted in his investigation of the investigators of the popular (yet now discredited) theory that President colluded with the Russians to deny the 2016 election to ?

"If you want to see what happens to institutions that try to cover up and don't come clean and don't really clean house, all you have to do is look at the Catholic church," political scientist and professor emeritus said on my podcast, "."

We weren't talking about modern Catholicism and the cover-up of priests sexually abusing children. We were talking about the health of our republic

"They (church leaders) are now doing the right thing, but for years, they didn't," Lipson said. "You need to expose them from the outside, they need to put new people in, however painful that is."

And if they're not exposed?

"If you don't do it, the ordinary people who sit in the pews don't have confidence that their priests, their parish, their bishop, their archbishop have the integrity that they've counted on for generations."

The republic doesn't require complete faith in government. A healthy skepticism will suffice, and that's not only expected, but welcome.

But if the people lose complete faith in their institutions, if they believe that federal law enforcement and the intelligence services are rigged, the way police were rigged as political enforcers years ago by , that becomes a problem.

And if they believe the story won't be fairly told by many in the media who put their thumbs on the scales, what happens then?

History is full of such stories. They all sound the same. They end with lamentations, then silence.

Church attendance and donations are voluntary. I suppose being an American is also voluntary, we're free to leave the way liberal actors often threaten to leave (but don't) if are elected.

Yet there are millions upon millions of us who aren't liberal thespians, and we don't plan on voluntarily leaving the country any time soon.

We are at a critical time: The country is divided, its institutions are weakened if not failing, and mincing bureaucratic cynics run for cover.

The center collapsed, first on the right side of the center circle, and now most definitely on the left.

Trump isn't the cause of this. He's merely the symptom. And those who are too witless to understand, or pretend witlessness so as to herd others for partisan reasons, do no service to their nation.

Most of us need quiet to think things through, but that's almost impossible in this 24/7 news cycle with cable TV news barking like a pack of angry dogs.

We lurch toward armed conflict with as Trump, a pugnacious Republican but no conservative, announces his re-election campaign even while threatening mass deportation of people in the country illegally.

And scream for impeachment while refusing to abandon their precious yet discredited theory that Trump colluded with ; even while ranting hysterically over the president's attempts to control the porous southern border with .

Chief among these is the stylish socialist spice girl herself, Rep. of . AOC compares immigration policy with the Holocaust.

And through all of this, Barr and his , including prosecutor and Inspector General , are investigating allegations that senior leadership of the and the intelligence community launched a politically motivated probe into the 2016 Trump campaign from the Obama White House.

And for this, Barr has been mercilessly trashed by the .

Much of the media doesn't seem all that intent on getting the answers or getting to the bottom of things.

Journalists were once rabidly interested at even the whiff of misuse of federal power by the CIA and . And now? The studied indifference is revealing.


But it must be of great comfort to the Kemalists in the deep bureaucratic state.

When Barr was an intern at the CIA some 50 years ago, during the civil rights and era, rules were put in place to protect American civil liberties from what we now politely call the "intelligence community."

"The attorney general's responsibility is to make sure that these powers are not used to tread upon First Amendment activity, and that certainly was a big part of my formative years of dealing with those issues," Barr told of in a recent and riveting interview.

"The fact that today people just seem to brush aside the idea that it is OK to, you know, to engage these activities against a political campaign is stunning to me, especially when the media doesn't seem to think that it's worth looking into," Barr said.

"They're supposed to be the watchdogs of, you know, our civil liberties."

And when they're not, they might as well be preaching to their own choir, in an empty church, with empty pews.