Lock HIM up? The Dems' fantasy of seeing Trump 'in prison' 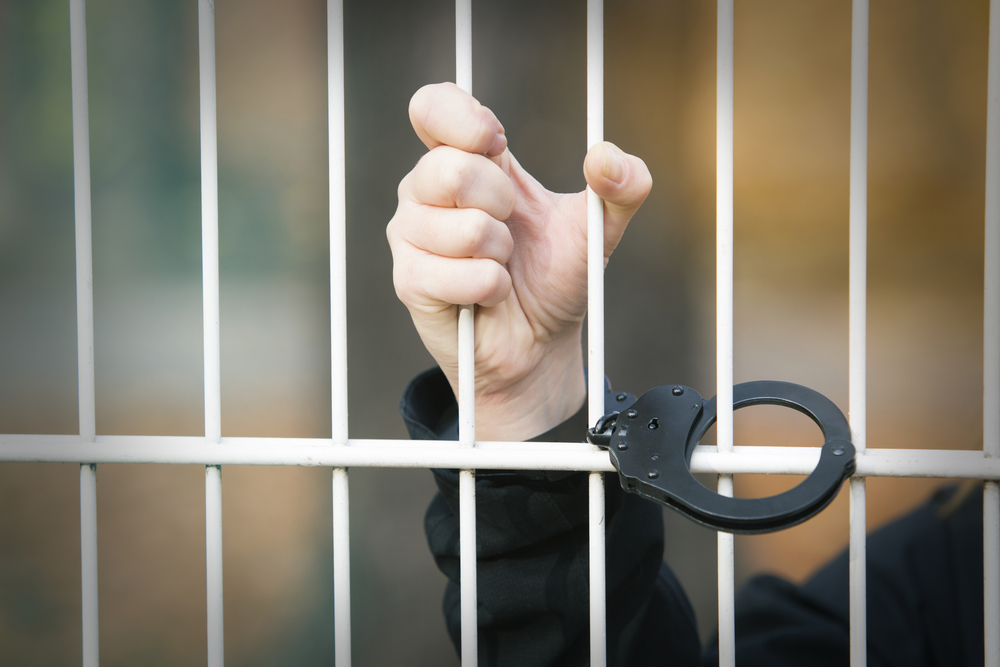 Confronted with an increasing number of Democrats - including leaders - pushing their party toward impeaching President Donald Trump, House Speaker Nancy Pelosi, D-Calif., is tossing them a bone. This bone is thin gruel.

As the New York Times's Glenn Thrush noted, this is rather clearly the latest in tactics by Pelosi to buy time and hold off the impeachment hordes. The more she ups the tough talk about Trump, the more she hopes she can draw this out - and ultimately stave off a process she has repeatedly said she wants to avoid. The closer we get to the 2020 election, the more she can say, "Let's let the voters decide." And what better way to mollify people than to borrow a page from Trump's own red-meat playbook? "Lock him up," Pelosi is practically saying.

But even to the extent she means it or is hoping it's true, it's difficult to believe it's anything close to a likelihood.

Democrats have salivated over this possibility for a while. We knew long before special counsel Robert Mueller issued his report that he would abide by long-standing Justice Department policy that says you can't charge a sitting president.


But that has never foreclosed the possibility that Trump could be charged once he's out of office. Mueller himself explicitly acknowledged that possibility in his report. He wrote that a sitting president "does not have immunity after he leaves office" and added that his investigation aimed to "preserve the evidence." Some have perhaps wishfully viewed that as a conspicuous inclusion.

Speculation about the possibility has also increased. Over at Politico, former federal prosecutor Renato Mariotti suggests it's likely Trump would be indicted if he's not reelected and lays out the charges that could be brought against him. Some have even suggested it's possible Trump could already be indicted under seal, with the indictments being unsealed and pursued once he's out of office.

I'm skeptical any of this will come to pass.

The first problem with banking on Trump eventually being indicted is that it might not even be possible. There is a very realistic chance he will be reelected come November 2020, and the statute of limitations on many of the relevant potential federal crimes here, including obstruction of justice, is five years.

That would mean it would have run by the time he was late in his second term - assuming he doesn't commit crimes moving forward or that there isn't some exception made, given the DOJ policy. So right there, that's perhaps a 50-percent chance (depending on your view of his reelection hopes) that prosecutors never have the chance to indict him.

As to whether they would indict him if they could? There's no guarantee that prosecutors actually would pursue charges. The most obvious candidates for that would be obstruction of justice and/or the campaign finance violations involving his former personal attorney Michael Cohen. Mueller seemed to regard the evidence for obstruction as compelling, having laid out five instances in which Trump's actions seemed to satisfy the three criteria for obstruction charges.

But these matters involve complex questions about executive power, and prosecutors must decide whether there is a reasonable chance of earning a conviction.

Trump has also been implicated in Cohen's campaign finance violations involving payments to women who alleged affairs with Trump. Trump is referred to in court papers as "Individual 1." But despite many labeling Trump an "unindicted co-conspirator," that's not technically true, and it's not even clear prosecutors in the Southern District of New York believe Trump's actions were illegal. Trump, for his part, has maintained he trusted Cohen to handle the hush-money payments in accordance with the law.

And then there are the very practical political and societal concerns. Were he to lose reelection, Trump will be out of office, in his mid-70s, and likely still commanding the devotion of a large portion of the country. A prosecution at that point would almost undoubtedly throw the country into the kind of divisive infighting that Pelosi has warned would result from impeachment - perhaps even multiplied, given Trump's ability to play the victim and attack the justice system.

The winners of elections generally have an interest in turning the page and "letting the country heal." Even after he was elected, Trump professed to wanting to move on from his desire to prosecute Hillary Clinton in the name of coming together. (We found out in the Mueller report that he didn't exactly hold to that at all times.)

If you're Pelosi in 2021 and you have a new Democratic president, almost definitely a Democratic House, and potentially a better situation in the Senate, are you really going to want to bother with holding a former president accountable? It's not really up to her, but it's not difficult to see the likes or her and other top Democrats urging that we all turn the page.

We have, of course, seen a similar situation play out. After Richard Nixon resigned in 1974, Vice President Gerald Ford succeeded him and pardoned him in the name of moving forward. Early polls showed the decision was unpopular, but not overwhelmingly so. And over time, people warmed to it, even as Ford clearly paid a personal price.

Of course Ford was, like Nixon, a Republican. But were Trump to lose reelection, he wouldn't even necessarily have to count on his successor to pardon him or the Justice Department to take it easy on him. As a lame duck, he could attempt to pardon himself, which he has explicitly claimed the right to do. Experts disagree about whether he could actually do this, but it's never been tested in the courts. If he did so successfully, he would not be immune from state charges, but most of the possible criminal charges are federal crimes.

In other words, there are many reasons and ways in which this would never come to pass. And for a Democratic Party increasingly insisting on accountability for Trump, it's far from a guarantee that they'd ever get it via this wishful method. I doubt Pelosi has too many illusions about that, either.