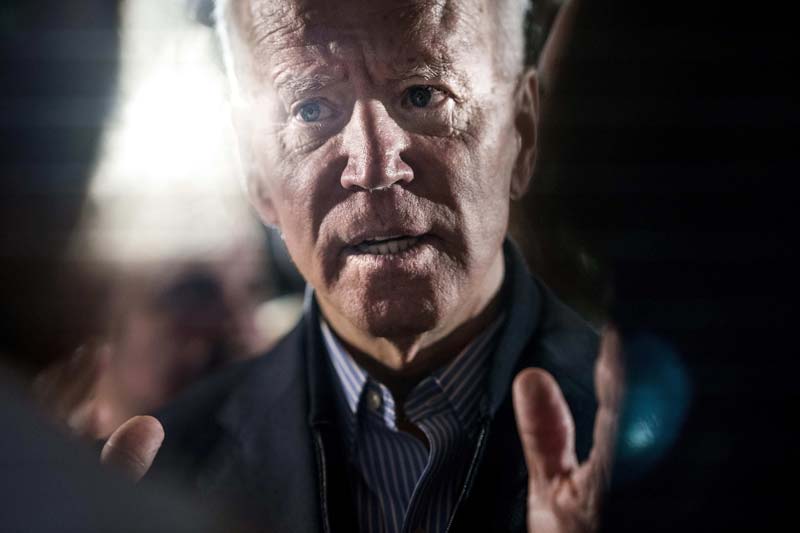 In a dramatic reversal, Democratic presidential candidate Joe Biden said Thursday he no longer supports a ban on federal funding for abortions, known as the Hyde Amendment, a move he announced after a day of sharp criticism from campaign rivals and key Democratic interest groups.

The former vice president announced the change during a speech at the Democratic National Committee's African American Leadership Council summit in Atlanta, telling the crowd that, in an environment where the Roe v. Wade decision on abortion is under attack in Republican-held states, he could no longer support a policy that limits funding.

"We've seen state after state including Georgia passing extreme laws," Biden said. "It's clear that these folks are going to stop at nothing to get rid of Roe."

"Circumstances have changed," he said.


On Wednesday, his campaign issued a statement confirming that, unlike much of the rest of the field, Biden was not calling for a repeal of the Hyde Amendment, which dates to 1976, when Biden was a young senator.

Because of the amendment, poorer Americans reliant on Medicaid do not generally have access to abortion via federal assistance. The amendment allows for exceptions only in the case of rape, incest or to save the mother's life.

Biden would back repealing the amendment "if abortion avenues currently protected under Roe were threatened," his campaign explained this week to NBC News, referring to the 1973 Supreme Court decision, which legalized abortion nationwide.

Many Democratic primary candidates used Biden's support for the decades-old amendment to call for its repeal, drawing a stark contrast between him and the rest of the party.

When Sen. Elizabeth Warren, D-Mass., was asked about Biden's position during an MSNBC town hall on Wednesday night, she described it as an issue of inequality, because of the impact of the amendment on low-income women on Medicaid.

Lawmakers and liberal activists, including a host of abortion rights groups that are highly influential in the Democratic primaries, balked at the news that Biden would maintain his support for the ban.

After Biden reversed his position, Ilyse Hogue, the president of NARAL Pro-Choice America, tweeted: "At the DNC event in ATL just now, @JoeBiden just said he *does* support the REPEAL of Hyde. Appreciate his willingness to listen and understand that Hyde is discrimination plain and simple. All women--regardless of financial status--have the right to control our own bodies."

After Biden announced his change of view, his campaign released a statement reaffirming "that he supports Roe and the right to choose. And, he will continue to fight to protect a woman's right to make her own personal decisions about her health care."