A perfectly legal way to bribe a government official 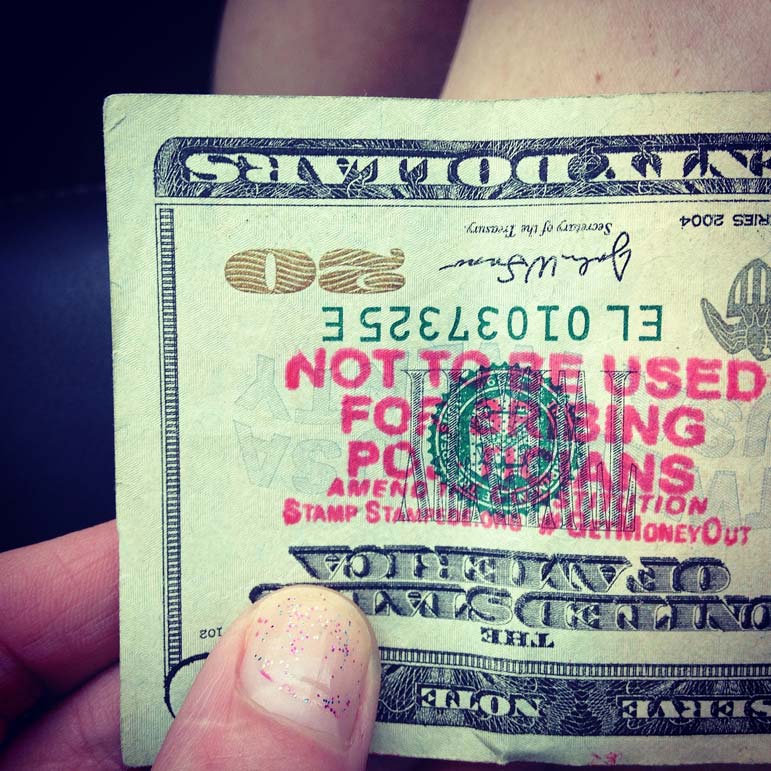 Imagine there was a completely secret, perfectly legal way to bribe a government official. Well, let's not say "bribe": Let's imagine that you could channel money to this official - large amounts of money - and never have to reveal your name.

Imagine that this official could accept this money, and then use it to make more money, without ever revealing that fact to the public.

Actually, there is no need to imagine such a thing, because it already exists.

The thing is called an "opaque offshore vehicle." Although that sounds like a motorboat with blackout curtains, this one is in fact a kind of bank account, based in the Cayman Islands, a tax haven where business deals are legally shrouded in secrecy.

According to a report this week in the British newspaper the Guardian, Goldman Sachs, the investment bank, uses an account like this to funnel money from unnamed investors to a company called Cadre. Cadre, to oversimplify slightly, pools investments in real estate. One of Cadre's co-founders is Jared Kushner; another co-founder is Kushner's brother. Cadre's headquarters are in a building in Manhattan owned by Kushner's family real estate company.


Kushner - the United States' prime envoy to the Middle East, to Mexico and to much else - seems to be nervous about Cadre. When he joined the White House, he resigned from the board and reduced his stake to less than 25 percent, though his holding is, according to the Guardian, now worth between $25 million and $50 million.

When he filled out his first disclosure form, he somehow forgot to list Cadre, though later, under pressure, he added the company's name.

His forgetfulness is unsurprising: Other investors in the company include George Soros, a hate figure of the right. The company is already the subject of a conflict of interest complaint because it benefits from "Opportunity Zones," part of a new tax law - a program that was specifically advocated by Ivanka Trump.

Now the Guardian reports that $90 million has come into Cadre via the opaque offshore vehicle. But from where? According to the report, which has not had much of an echo in the United States, at least $1 million has come from an unnamed Saudi investor. Other investments have arrived from an anonymous fund based in the Virgin Islands, another tax haven where business deals are shrouded in secrecy. Who is the real owner of this fund? We don't know.

We don't know and, thanks to the extraordinary system of tax havens and shell companies that we have allowed to flourish all around the world, we may never know. Shell companies can be owned by other shell companies; opaque offshore vehicles are carefully designed so that regulators can't identify who is using them; with the right accountants, they can be set up quickly and easily.

As Oliver Bullough puts it in his book, "Moneyland," "You can wrap a paper chain of paper people around the world in an afternoon, but it will take investigators years of patient detective work to unpick it, and years more to prosecute."

It's perfectly possible that Kushner, who has not commented on the Guardian report, himself has no idea who put this large sum of money in his company's opaque offshore vehicle, which is what Goldman Sachs is claiming. But it's also possible that, privately, he has a pretty good idea.

The fact that we don't know, and may never know, points to yet another deep conflict of interest inside the Trump administration. More important, it points to a major flaw in Western capitalism.


By some calculations, more than 10 percent of the world's wealth is held offshore, in places such as the Cayman Islands.Some of this money is obtained illegally, which is why it is hidden; some of it is just money that is not taxed to pay for the schools that educated its owners or the infrastructure that was used to build their companies. This is money that can be used for political purposes or simply for the excessive spending - on yachts, mansions, jewelry - that has contributed to so much anger and ill will around the world.

There is nothing inevitable about this secret, offshore world. It is not a fact of nature: Our laws created tax havens, and our laws can also end them.

We could forbid Goldman Sachs from owning opaque offshore vehicles. We could prevent companies such as Cadre from accepting anonymous investments. Not only that, my guess is that the politician who decides to do so will discover that this is a popular cause, among not only those fighting inequality on the center-left but also those promoting entrepreneurship on the center-right.

There is no reason a completely secret, perfectly legal way to channel money to a government official, or anybody else, needs to exist at all. The fact that we have come to accept this as "normal" is one of the symptoms of a deeper democratic disease.