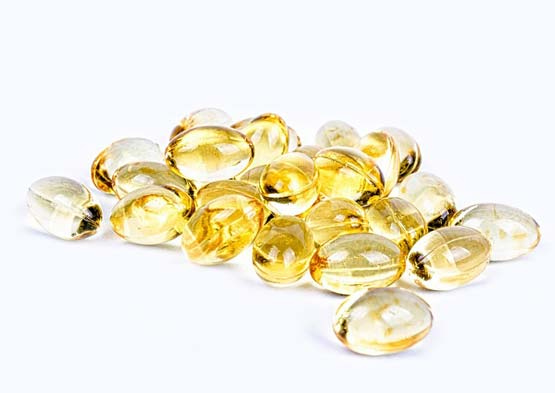 Higher concentrations of vitamin D circulating in the bloodstream are linked to a lower risk of colorectal cancer, according to a large international study published Thursday.

The researchers said the results strengthen the evidence that the vitamin may play a protective role against the disease, which is the third-most common cancer in the United States, killing more than 50,000 people a year. Previous studies exploring a possible link were inconclusive, they said.

The latest research, which appears in the Journal of the National Cancer Institute, was conducted by scientists from NCI, the American Cancer Society, the Harvard T.H. Chan School of Public Health and 20 other medical centers and organizations around the world.

They concluded that "optimal" levels of the vitamin for colorectal cancer prevention are greater than those recommended by the National Academies of Sciences, Engineering and Medicine, which are based only on bone health.

"Our study shows that having higher levels above bone-health ones are associated with lower colorectal cancer," said Stephanie Smith-Warner, a Harvard epidemiologist and one of the senior authors of the article.

The researchers found that people who had lower levels of vitamin D than recommended by the National Academies for bone health had a 31 percent higher risk of colorectal cancer during a follow-up period that averaged five-and-a-half years. Those with levels above the recommended concentrations had a 22 percent lower risk, they said.

But JoAnn Manson, chief of the division of preventive medicine at Brigham and Women's Hospital in Boston, urged caution about the results, saying the "jury is still out" on whether high vitamin D levels can decrease the risk of colorectal cancer. Manson, who was not involved in the study, was on the committee that developed the existing vitamin D guidelines in 2011.

The new research is an observational study that does not prove cause and effect, she noted; for that, large-scale, randomized clinical trials are needed. Manson, who is leading such a trial, also said blood levels of vitamin D can be affected by outdoor physical activity, obesity, overall nutritional intake and other factors.

How much vitamin D people should get has been a subject of controversy for years. Authors of the new paper said one problem with past studies was substantial differences in the tests used to measure 25-hydroxyvitamin D, the most widely accepted measure of the vitamin's concentration in the blood. The few previous randomized trials on vitamin D supplements and colorectal cancer didn't show an effect, perhaps because of their size or compliance issues, the authors said.

The new study addressed many of the gaps and problems of earlier studies, according to Smith-Warner. It used a single, widely accepted test for vitamin D measurements and standardized the data that already existed. The analysis included 17 prospective studies.

Sources of vitamin D include exposure to the sun, fatty fish such as salmon and trout, foods such as milk and orange juice fortified with the vitamin and dietary supplements. Experts say diet is the best way to get vitamin D because sun exposure raises the risk of skin cancer.

This latest study is designed primarily to guide policymakers in setting dietary and nutrition guidelines. "Currently, health agencies do not recommend vitamin D for the prevention of colorectal cancer," said Marji McCullough, an American Cancer Society epidemiologist and another study author. But official recommendations might change at some point, the researchers said, given the study's conclusion that the recommended levels may be too low to protect against colorectal cancer.

Manson urged consumers to "err on the side of moderate intake" until more information is available.