The hidden dangers of 'shake it off' parenting 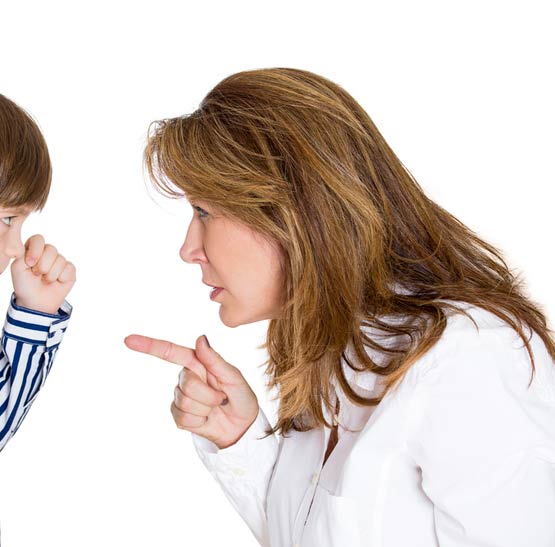 Recently, my son took an unexpected ball to the face during his soccer game. This is frequent in U7 (under 7) soccer, but it hurts just the same. He walked off the field with his head in his hands, fighting back tears that poured from his blue eyes the moment his head found my shoulder. At 6, he needs comfort when something hurts.

"Shake it off! We need you out there!"

The words, from the mouth of a mother I don't know at all, cut straight through my heart. I tried to catch his gaze, to reassure him, but I was too late. The embarrassment already took hold of him and he averted his eyes to the ground as he picked up his pace to get to me.

I did what I always do. I ignored the comment, wrapped my arms around him and empathized. Soccer balls are hard. It hurts when you take one straight to your eye. It's OK to cry, feel frustrated or just need a minute to hit reset.

I've never been a "shake it off" kind of parent, nor do I engage in public humiliation of little kids. That's what it is, after all. When a child is hurt and a parent yells, "Shake it off!" in response, what the child hears is, "You're not tough enough - be stronger."

We tell kids to be kind to others. We want them to show empathy when others struggle. We want them to offer and hand. We want them to grow into caring and responsible citizens. But then we tell them to "shake it off." We also rely on such gems as "no blood, no tears" or "don't cry, you're fine."

"Shake it off" parenting sends mixed messages to young children. How can we expect to raise kind and caring kids when we are quick to dismiss our own children in the heat of the moment? Since when does the size of a cut or the amount of blood trickling down represent the level of pain and need for comfort?

The results of a lifelong study recently published in the Journal of Positive Psychology found that people who perceived their parents as more caring and less controlling were likely to be happier and more satisfied throughout their lives.

Given this research, it makes sense to tap into positive parenting strategies and teach things like empathy and kindness. That doesn't seem to be the case in the current climate of parenting, though. Kids today hear a different message.

According to data collected in a Making Caring Common survey by Harvard University's Graduate School of Education, nearly 80 percent of youth report that their parents are more concerned about achievement or happiness than about caring for others. Participants in the survey were also more likely to rate things like hard work above fairness.

Parents might think they offer lessons in kindness and empathy, but what kids hear is work hard and win at all costs.

"Shake it off" parenting seems to be gaining steam as parents try every trick in the book to avoid being labeled the dreaded "helicopter parent." No one wants to be depicted as the neurotic hovering parent who refuses to let the child fail, so they pull a razor sharp U-turn and throw empathy to the wind, even when their kids need it.

That's a mistake. The truth is that parenting is a balancing act. Sure, there are times when we need to stand back and watch them struggle. If we don't, we rob them of the opportunity to grow and learn. But we also need to be there for them when they're down. Unconditional love and emotional support can't possibly be conveyed through statements like "shake it off," and sometimes our children need the comfort and caring of those who love them.

The hidden dangers of "shake it off" parenting can have lasting effects on our children and here's how:

1. Empathy fades away. When we dismiss the thoughts and feelings of our children, they learn that the thoughts and feelings of others aren't important. They internalize the message that the end results are more important than the emotions experienced along the way. We show them that we don't really care, and they turn around and show that lack of warmth to someone else.

While we can't protect our kids from the hurts of this world, we can give them the tools to cope with the ups and downs that life has to offer and, in doing so, plant the seeds of empathy.

2. It fosters unhealthy competition. Competition is a part of life and kids learn a lot from competitive sports, but "shake it off" parenting reaches beyond the playing field. Part of stepping back and resisting the urge to hover includes allowing our children to fail on their own terms. It's perfectly normal to experience frustration and sadness in the face of failure. In that case, a child should seek emotional support from a loved one.

"Shake it off" parenting lacks emotional support and forces kids to just keep competing - just keep climbing the ranks. They learn to step over others because they are, apparently, strong enough to shake it off and move on. Until they're not. Then they fall apart.

3. Humiliation shatters self-confidence. Social media erupts in hot debates when parents use public shaming via Facebook or Instagram to correct behavior, as well it should. But parents use humiliation to shame their children on the field, at the playground, on the way school and in the home often and that goes unchecked. Humiliation hurts and negatively impacts self-confidence whether it's done out in the world or behind closed doors. It breaks trust and leaves them feeling empty.

It's time to stop negative parenting strategies. It's time to build our kids up, give them the space to learn and grow and be kind, compassionate and caring people. They'll thank us for it one day. That much I know.

Katie Hurley is a child and adolescent psychotherapist and parenting educator in Los Angeles, and the author of "The Happy Kid Handbook: How to Raise Joyful Children in a Stressful World." (Buy it in paperback at a for just $11.52! by clicking here. Sales help fund JWR. )

Previously:
• You can't protect your kids from stress, but here are ways to teach them to cope