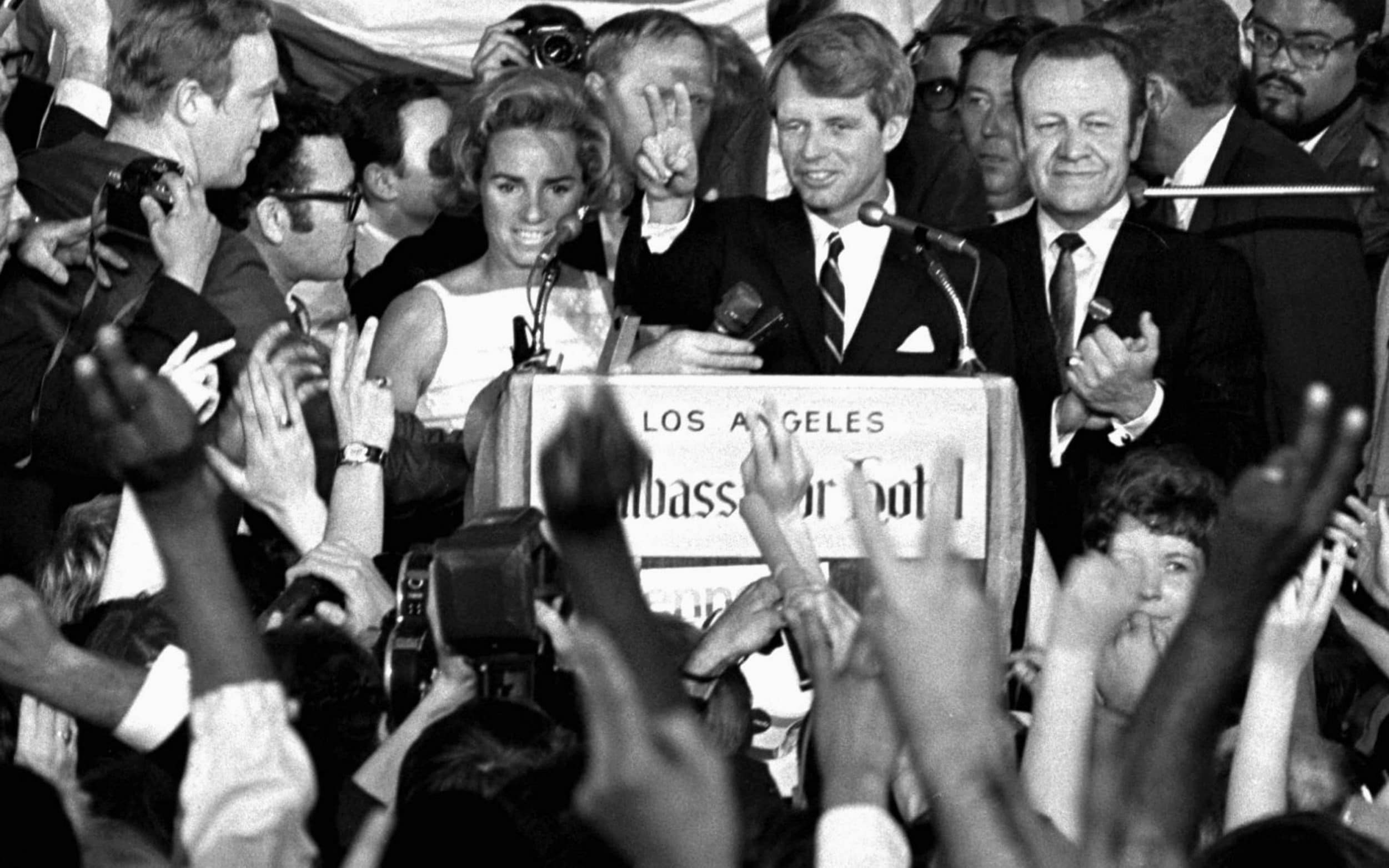 My memory of the events 50 years ago this week is gauzy but powerful. There was great shock at my house, because someone had shot Robert F. Kennedy. My father had put his career on hold to work as one of the New York senator's presidential campaign aides, traveling to far-flung locales such as Nebraska and California for the primary campaigns. By June 5, he was back home in the D.C. suburbs, watching the news from Los Angeles on our black-and-white television and, according to my memory, crying.

RFK lingered about 24 hours before he died. In that interval, my older sister and I took red, white and blue nylon campaign banners emblazoned with the name "Kennedy" and stood outside our house in the D.C. suburbs, waving them at passing cars.

I recall the sun was shining, incongruously, but I do not remember what we kids hoped to accomplish.

My parents probably admired RFK for the same reasons others did. As attorney general, he helped his brother President John F. Kennedy manage the Cuban missile crisis and force Gov. George Wallace of Alabama to admit the state university's first black students. As a senator, he picketed with the United Farm Workers. As a presidential candidate, he promised to end the war in Vietnam.

A quoter of Aeschylus and Yeats, heir to his brother's legacy, RFK spoke of uniting the country, of seeking to "do better." He forged a coalition of liberal white professionals, blacks and Latinos, anticipating the one Barack Obama would assemble 40 years later. Film from 1968 shows near-delirious crowds swarming Kennedy, clutching, grabbing and tugging until his minuscule security detail finally pushes them away.

To his fans, charisma excused a multitude of sins - negated the ambitious, ruthless Bobby who had made common cause with Joseph McCarthy, authorized FBI wiretaps of the Rev. Martin Luther King Jr. and pursued a bitter feud with President Lyndon B. Johnson.

It is likely but by no means certain RFK would have won the Democratic nomination against Johnson's vice president, Hubert H. Humphrey, the favorite of a still-powerful party establishment. He might or might not have beaten Republican Richard M. Nixon in the second Kennedy-Nixon battle of the decade.

A President Robert F. Kennedy might have exited Vietnam sooner than Nixon did; or, as a liberal more vulnerable to criticism from the anti-communist right than Nixon, he might not. Could Bobby Kennedy have gone to China?

There would have been no Watergate, no Woodward and Bernstein. Sen. Sam Ervin of North Carolina, the avuncular Southern Democrat who warmed liberal hearts at the Senate Watergate hearings with his pithy paeans to the Constitution, might be remembered instead as the segregationist who, in 1963, lectured RFK that his "love" for the founding document precluded his backing the Kennedys' civil rights bill.

Even if RFK had lost the 1968 nomination, he probably would have run again; at the very least Bobby, not his younger brother Ted, would have led the forces of Kennedy-style liberalism through the 1970s, 1980s and beyond.

To ponder the contingency of these events is to trace them all, perhaps, to the moment 70 years ago when Arab nations refused to accept the partition of Palestine, fighting erupted between the new state of Israel and its neighbors, and a Palestinian Christian family, the Sirhans, fled war-torn Jerusalem to Jordan. In 1956, the United States admitted them as refugees, sponsored by American church groups.

How different Sirhan Bishara Sirhan's life might have been if he had stayed behind, as he wanted, or returned to the West Bank with his father when the family patriarch gave up on the Southern California life about a year after arriving.

As it is, a 22-year-old Sirhan, gun in hand, drunk and seething over Kennedy's support for Israel on that anniversary of its triumph in the 1967 Six-Day War, hovered near the kitchen of the Ambassador Hotel in Los Angeles, just at the moment when the candidate paid an unscheduled visit to the cooks and dishwashers.

The mortally wounded senator's last words, spoken to a busboy, Juan Romero, were: "Is everybody okay?"

Inevitably, perhaps, conspiracy theories about RFK's assassination still circulate a half-century later, spun from anomalies in the police investigation despite the fact that Sirhan was captured at the scene literally holding a smoking gun. Sadly, the senator's 64-year-old son, Robert Jr., has recently embraced such thinking.

Conspiracy theories impose a kind of order on the actual rush of human events, which may be why otherwise reasonable people sometimes fall for them.

We all wish history made more sense, both as it happens, and afterwards. Maybe someday it will.