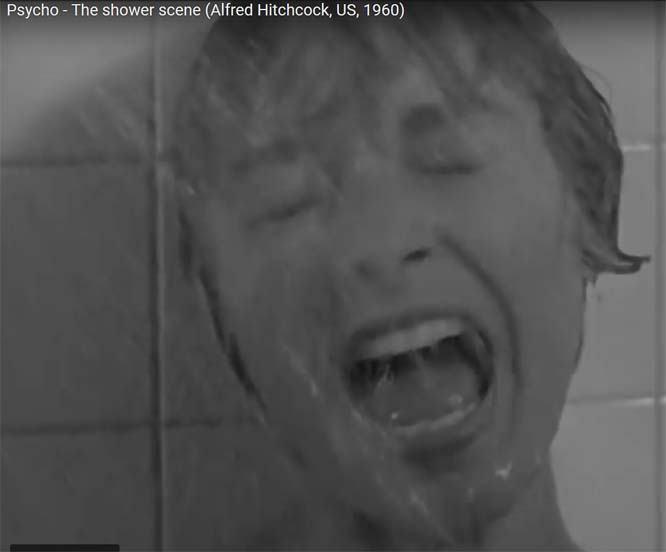 When Hollyweird shreiking actually made sense.

Last weekend, I happened across the 1957 film "No Down Payment," which has to be one of the worst films ever made.

The film is supposed to be a glimpse into the lives of four married couples living in the fictional post-World War II "vetville" suburb of Sunset Hills, located in sunny Southern California. In the opening scenes, cheerful but campy billboards advertise the new subdivisions popping up alongside bustling highways as the newest locales for the American dream. But director Martin Ritt wants his audience to know from the get-go that this is just a cheap facade with a seamy underbelly.

Ritt tries to reveal a darker side of 1950s America by bludgeoning the audience with heavy-handed stereotypes: Sunset Hills is a whites-only subdivision; the homes are cookie-cutter cardboard boxes so close together that their owners can hear each other's toilets flush.

And the characters have no more depth than the buildings: there is the perfunctory obnoxious used car salesman; the pretty-but-ignorant country bumpkin; the WWII vet who seethes with resentment about "college boys" taking his job prospects; the shallow housewives obsessing over their meatloaves while their (otherwise ignored) children stare glassy-eyed at westerns on black-and-white TVs; the upstanding Christians who seem more concerned about the neighbors' opinions than about loving thy neighbor. The four couples' social interactions consist of drunken barbecues, halfhearted attempts at infidelity and gossip.

And of course, there are the "dark secrets" and character flaws: the engineer feels like a failure because his young wife wants him to make more money as a salesman; the used car salesman's wife despairs because her husband is broke and an alcoholic; the country bumpkin pines for her first baby, who she placed for adoption because her husband didn't believe the child was his. The film's dramatic climax takes place when the angry veteran, in a drunken stupor, rapes the prim-and-proper wife of the young engineer (who happens to be out of town on business).

The violated wife runs to her neighbors rather than to the police. But the rapist-veteran — who is also a car mechanic — is conveniently killed when a car he's working on falls and crushes him. His young widow leaves town, everyone emerges smiling from church (for his funeral?) and all is right with the world again.

By the end of the film, the ridiculousness of these caricatures was actually— albeit unintentionally — funny.

As the film's credits rolled, I was struck by the commonality between Hollywood in 1957 and in 2018. Now, as then, there seems to be a strong contingent of people in the entertainment industry who think that creating characters who reflect Hollywood's worldview makes that worldview the truth. And this has reached a fever pitch with Donald Trump as president of the United States.

Trump-haters in the entertainment industry have become so lost in their own narrative — their "script," if you will — about Trump that they are not only willfully oblivious to facts that discredit that script, they are dissociating themselves from the very things they claim to value. And in so doing, they are reduced to caricatures.

Hollywood — like so much of the professional left — purports to care about the economic prospects for black Americans but ignores that the black unemployment rate has hit record lows during Trump's presidency.

They purport to care about job opportunities and the incomes of working people but disregard the latest positive jobs report or the many instances where companies have passed along tax cuts to their employees in the form of higher wages or bonuses.

They clamor constantly about the poor but pooh-pooh the economic growth that is translating to fewer people on food stamps.

And they say they care about world peace and a future without the fear of nuclear war but have nothing good to say about Trump's efforts to neutralize the threat of North Korea, or the monumental signing of an accord with Kim Jong Un in Singapore this week.

There are those who get it. Frank Bruni wrote in The New York Times this week that Bee's and De Niro's profane outbursts are missed opportunities to provide better examples, and that constant outrageous comparisons to Hitler are false and counterproductive. Both, he argues, increase the likelihood of a second Trump victory in 2020. But Hollywood has shown little interest in information that's not in keeping with their narrative.

I don't know whether the film "No Down Payment" seemed as ridiculous to audiences when it was released as it does 60 years later. But Hollywood's current anti-Trump hysteria doesn't need the benefit of historical hindsight to appear absurd.