The beauty tip most women will ignore 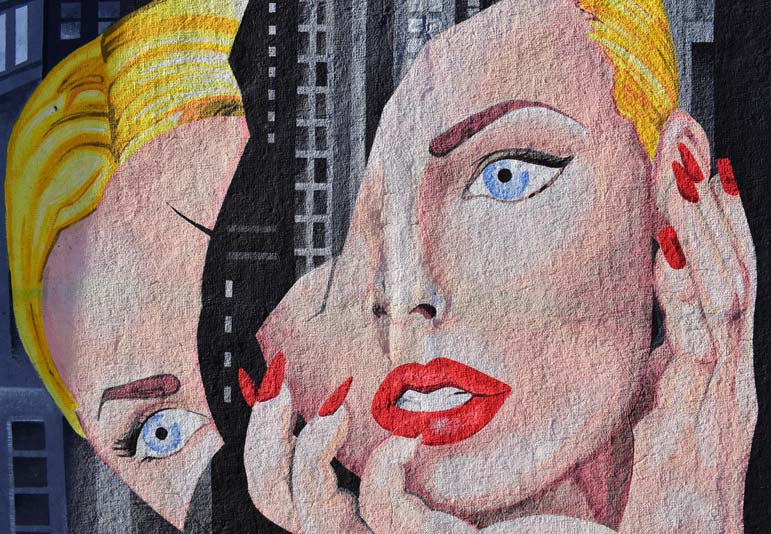 Like eliminating the swimsuit competition from the Miss America pageant.

Yes, I'm joking. But in truth, the decision is a watershed, reflecting further fallout from Hollywood's Harvey Weinstein debacle and the resulting #MeToo movement. It also raises the question of whether there remains a market for beauty pageants — or whatever their successor iterations might be. Miss America chairwoman Gretchen Carlson — a former Miss America and Fox News anchor — told The New York Times that the new event will be a competition that will "focus more on the contestants' talents, intelligence and ideas."

It will be interesting to see how this plays out, whether the public will have any interest, and whether such a competition reflects a cultural sea change.

Some observers still have their doubts. New York Times columnist Bari Weiss is among them.

Weiss authored a witty piece this week titled, "The Bikini Contest is Over, But We Are Living Inside the Beauty Pageant." Like much clever writing, there is poignancy behind the humor, and larger lessons. But I'm not certain that Weiss is aware of all of them.

As is clear from the title, Weiss' primary argument is that, swimsuit competition or no swimsuit competition, women in our society will still be evaluated on how they look. She states, "Getting rid of the bikini contest won't stop judges — and the rest of the world — from critiquing contestants' outer beauty. As all women know, that happens even if we are shuffling down the block in old sweats."

No doubt she's right, and many of the points she makes in support of her position are (literally!) painfully accurate and well-taken. Weiss cites instance after instance of the lengths to which women will go to achieve contemporary standards of beauty. But many of these are further evidence of how far removed the movers and shakers are from the rest of the country.

For example, a lot of women DON'T:

—Wear stiletto heels to work, much less traipsing across the city to the office. It is possible to wear heels that aren't weapons of podiatric destruction (or as Weiss refers to them, "medieval torture devices").

—"Shell out hundreds of dollars" for tiny vials of mysterious elixirs. Those of us chasing beauty and agelessness here in flyover country are at the drug story picking up Oil of Olay. Or — if you're a Midwesterner or New Englander — smearing our faces in the winter with Bag Balm. (Hey, if it works for chapped cow teats...)

—"Hold our thighs open for strips of burning hot wax." Good God, no. Thank you, Gillette: the best a middle-class woman can get. (Wanda Sykes has the funniest ever standup routine about waxing.)

—"Study the social media accounts of women infinitely wealthier than we are to see how we might approximate their lives." Um, no. But in fairness, Weiss is 20-plus years younger than I am. And once you hit 50, you've read enough about the bankruptcies, drug problems, overdoses and stints in rehab, chronic infidelities, divorces, broken families, serial spouses and devastated children — as well as the publicists' pablum that accompanies these tragedies — to know that all is not what it seems on Facebook or Twitter or Instagram or Snapchat (or People magazine, for you older folks and social media Luddites).

—"Muss our hair and pout our lips" for selfies. Honestly, if you're still doing this over the age of 19, we need to talk.

—"Give ourselves shots in the stomach ... so that one day we can become the boss of that office and have a kid alone at 50 with our frozen eggs." This one makes me sad. There's more packed into that one sentence than I can tease out in an 800-word column. So I'll just say this: Ladies, ignore people like Sheryl Sandberg who tell you that you can do and be and have it all. You can't, and that's actually OK.

Finally, Weiss dances around but doesn't really come out and speak the truth that the more honest — or perhaps the more experienced — among us know: All of this preening and primping and agonizing is really caused by and for the benefit of other women, not men. Men — at least heterosexual men — aren't reading fashion magazines. They aren't scouring social media pages to find perfect women against which they can compare the women in their lives. They're not even comparing us to the Miss America contestants in their bikinis.

Men — especially if they love us — are generally both more appreciative and forgiving of our appearances than we ourselves are.

The Harvey Weinsteins and other predators behind the #MeToo movement notwithstanding, women tend to be each other's harshest judges. If we truly want a cultural change, we can start by lightening up on ourselves and on each other.