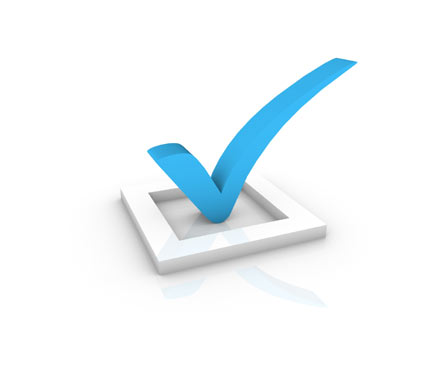 As a middle-aged rock fan, I have a problem many of my peers would relate to: Every year, more of my favorite musicians die, and every year, the list seems to get longer. If you've been listening to them for decades, every death is a painful blow.

I'm not sure, though, that I'm down with the way some innovative companies are trying to fill the void.

I understand the economics behind last year's European tour by the hologram of onetime Black Sabbath singer Ronnie James Dio and the recently announced holographic resurrection of Roy Orbison. But I wish both tech entrepreneurs and the musicians' estates allowed stars to rest in peace.

For my generation, the live gig industry -- which remains the biggest source of revenue for musicians -- is how we reconnect with our youth. So for dead rock stars' heirs, the idea of reviving the musicians and sending them on tour holds a particular appeal. The same goes for record companies trying to boost catalog sales.

The first attempts to have dead people perform live, in the early 2010s, were more gimmicky than realistic. Now the technology -- which purists wouldn't call holography in the strict sense -- is ripe for commercial exploitation.

Companies such as Eyellusion, which was behind the Dio tour, or BASE Entertainment, which put on the Orbison show, create computer models of the artist from available footage and photographs.

They obtain live recordings of the voice and create a strong illusion of a live performance by projecting the model onto thin film (the effect is known as "Pepper's ghost") while a rock band or an orchestra actually plays live. Thanks to progress in the modeling and projection technology, it's not that easy anymore to tell that the singer isn't there in the flesh.

So, after Dio's well-attended tour, audiences are about to be treated not just to Orbison but also to Frank Zappa and (in a nod to the more classically inclined) Maria Callas.

The holographic tours are just one example of how tech entrepreneurs are trying to abolish death.

In 2016, Evgenia Kuyda, a Russian entrepreneur in Silicon Valley, created a bot to commemorate a dead friend. She fed their numerous text messages to an artificial intelligence so the bot could talk back as the friend could have done.

Last year, a South Korean firm developed an app that allowed people to talk to realistic-looking avatars of their dead relatives -- and even to take selfies with them.

I have no problem with anyone making and selling anything legal that people want to buy, but I can't help that these innovations creep me out, singly and collectively. And it will only get creepier.

By combining the technology behind the gigs with that behind the commemorative apps, it's technically feasible to "interview" Maria Callas. Or have Kurt Cobain discuss his suicide on a TV show.

One could have 50 Johnny Cashes play shows in every U.S. state, the way unscrupulous producers in the late 1980s and early 1990s would send dozens of versions of a big-name pop band to cities across the former Soviet Union, the lead singer endlessly reproduced with copious amounts of makeup.

One could even create new songs for the hologram of Mark E. Smith by using artificial intelligence and snippets of his recorded voice -- he wouldn't play old songs when he was alive, so why would he start after his death? The Smith hologram could wander the stage, fiddling with bandmates' amp settings, as Smith liked to do.

But I'd feel uncomfortable going along with the deception. Should one, even if the estate agrees, revive David Bowie after he said goodbye so powerfully with his final album, recorded when he knew death was coming for him? And what does one do with all the fast-living suicides and all the rock stars dead of drug overdoses? They didn't want to live forever, likely in any form.

Also, I'm not sure there's such a thing as an artificially recreated emotional connection. I'd rather remember real conversations with a deceased friend than try to have new ones with a bot trained on his words.

And I suspect watching an undead rock hero would be less satisfying and more fundamentally troubling than seeing old footage of his or her performance.

Perhaps people living today should be asked to put a checkmark on a form, next to the one for organ donations, to specify whether they're okay with being revived as bots and holograms. I'm sure a lot of musicians would do it, and then their fans would know that their favorite performer isn't posthumously alive against his or her will.

The rest would be allowed to die with their physical bodies, bad as that ultimately might be for their catalog revenues.