What that Comey hearing really revealed about Washington 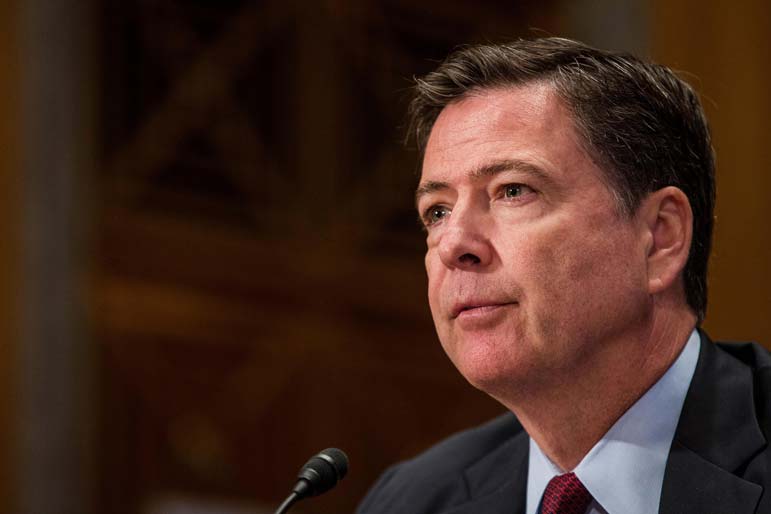 One of the most refreshing thing about recent days in Washington has been the unusual spectacle of a prominent player making numerous bold political allegations in person on camera without hiding behind the cloak of "anonymous source."

The novelty of a non-anonymous source in the murky Washington waters won't likely last, courage there being in chronic short supply.

Not only that, but James Comey, a renowned behind-the-scenes player as one-time FBI director, openly confessed to orchestrating the leaking game himself as an anonymous source to accomplish a political end. In which, it should be noted, he succeeded.

All of these important ongoing complexities must give way to the transitory theatrics of prancing politicians probing others for implied illegalities that no one has really been able to delineate clearly.

Let's be blunt here: The actors and media in Washington are addicted to scandal and the process of scandal. They can appear to be doing serious work with sincerely furrowed brows while dodging the real tasks that concern Americans, tasks which if done right, could threaten D.C.'s sacred status quo.

The Founding Fathers designed our government operations with quills to be awkward as an intentionally cumbersome check on power. A check, not a crippling media-driven mechanism playing to the worst instincts of public officials that cripples any hope of proper functioning for the broader public good.

Supporters of President Donald Trump claim the mess is due to the deep state/Washington establishment seeking to undermine a distasteful rebel who threatens the profitable status quo with some new kind of chaos quo. Which is true.

What's also true is Trump's self-destructive ego and impulsiveness weaken his presidential persona and credibility in the eyes of an American majority, often handing opponents powerful ammo. We warned last month about picking needless fights with D.C. institutions expert at assassination by leak.


As Sen. Chuck Schumer told an MSNBC audience last winter, "You take on the intelligence community, they have six ways from Sunday at getting back at you."

Think what would not be happening now - or what else positive could be happening - if Trump had simply eased Comey out with all the other changes of the January transition.

Or if Trump hadn't fired Comey so brutally, then gratuitously threatened him with (likely fictitious) tapes of their conversations, which Comey cited as reason for leaking his own contemporaneous memos alleging the president of the United States is a liar.

And think what other distracting material would not have been leaked if this president and his so-called senior staff had invested more time filling their job slots with trusted aides instead of by mid-June still relying on unreliable holdovers from an unfriendly previous administration. As of last week, Trump's team had nominated only 10 percent of 1,100 crucial appointments; barely five dozen were confirmed.

The Comey hearing before the Senate Intelligence Committee made for a perfect media storm: Scheduled in advance to allow expectations and hyperbole to build on national TV with heat-seeking politicians, the White House and lies all over, lots of them.

And, of course, hypocrisy. "Do you ever wonder why," Sen. Marco Rubio mused out loud, "of all the things in the (Russia) investigation, the only thing never leaked is the fact the president was never personally under investigation?"

How is it that career prosecutor Comey so carefully documented all of his one-on-one Trump encounters, then leaked the memos. Yet he made no transcript of last summer's formal FBI interrogation of Hillary Clinton on serious national security breaches via her illicit email server?

Comey didn't mind publicly clearing her immediately afterward, but he wouldn't do the same to erase widespread suspicions that Trump was under investigation. Why not? Both Clinton and Trump are renowned liars.

All the media had to do for the hearing basically was listen and know how to spell "extraordinary" and "unprecedented." It was the kind of empty spectacle Americans are used to from Washington, entertaining perhaps in a gossipy sort of way, but signifying and changing nothing. Many Americans who paid attention likely felt queasy about all sides in the whole soiled episode.