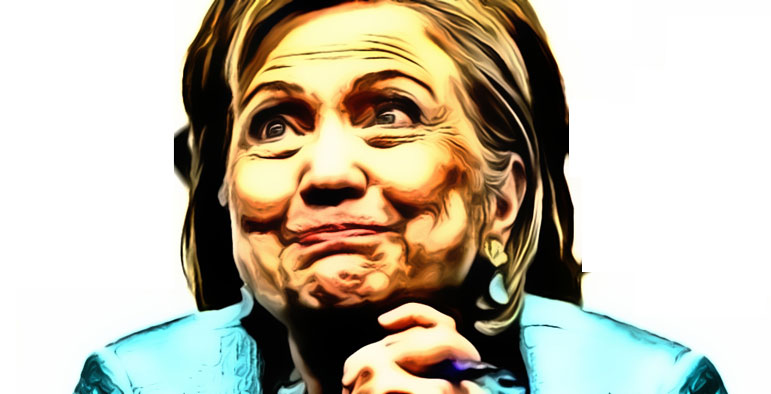 Hillary Clinton seems to have launched yet another political campaign in 2017, one to convince Americans that they absolutely did the right thing by not electing her president in 2016.

Which is not to say the victorious alternative was ideal either.

But the ongoing public Clinton struggle with herself is alienating even supporters, and it's crippling the required remodeling and rejuvenation of her aged Democrat Party that needs a very long rehab at some political spa.


The only thing disunited Democrats have going for them right now is an undisciplined president and Republican disunity.

There's no end in sight either for such self-imposed scab-picking; Clinton has not one but two books coming out this fall that will put her on stage after stage across the country with obsequious hosts feeding the Clinton ego with continuous curiosity about her thoughts and doings. Oh, and how in the world could Donald Trump have won?

At some point you'd think a remorseless Clinton might run out of people, countries and conspiracies to blame for that historic upset in November. It was truly a devastating loss, perhaps the most shocking since Tom Dewey's unanticipated flop in 1948. It's understandable, if ominous, that the wannabe commander-in-chief was shattered and unable to appear election night.

In fact, that's one of the reasons Clinton cites for losing. Not Dewey, but the expectation that the immense campaign she'd planned for so many years would indeed succeed. She lost, she explains, as "the victim of a very broad assumption that I was going to win." Say what?

She lost because "for whatever reason" FBI Director James Comey reopened the investigation into her email scandal just before the election. She lost because of the Russians, you know, the people she helped gain control of 20 percent of U.S. uranium, the folks who paid her husband a small fortune for one speech.

And she lost because the Democratic National Committee, the happily hackable crowd that was quietly subverting the primary campaign of her party competitor Sen. Bernie Sanders, was useless and bankrupt.

She lost because of that darned Comey investigation. But wait! He'd have nothing to investigate if she herself hadn't ignored official warnings and constructed an illicit, unsecured private email server to dodge public transparency during her government service. There, Clinton and aides were wheeling and dealing favors for Clinton Foundation donors and sharing national security secrets like teen girls texting prom gossip.

The 69-year-old lost because despite years of practice, she was just a terrible, maladroit campaigner who could not stop coughing and collapsed on national TV.

American voters don't always pay attention to politics. There's so much other news of little consequence to consume. But when they do, they can smell insincerity through a TV screen. "I take responsibility for everything I got wrong," Clinton proclaimed last week in her best bid at introspection. "But that's not why I lost."