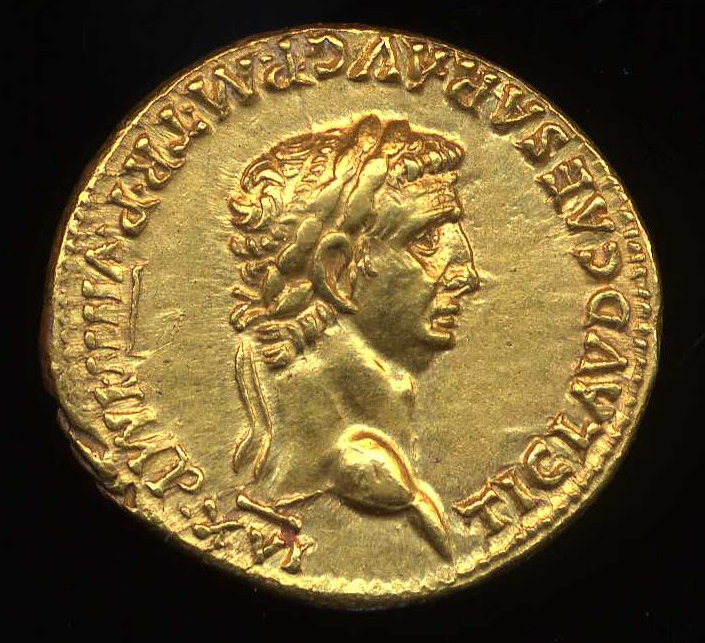 The Roman Emperor Claudius, who reigned from the years 41 to 54, was never supposed to be emperor. He came to office at age 50, an old man in Roman times. Claudius succeeded the charismatic, youthful heartthrob Caligula-son of the beloved Germanicus and the "little boot" who turned out to be a narcissist monster before being assassinated in office.

Claudius was an unusual emperor, the first to be born outside Italy, in Roman Gaul. Under the Augustan Principate, new Caesars-who claimed direct lineage from the "divine" Augustus-were usually rubber-stamped by the toadyish Senate. However, the outsider Claudius (who had no political training and was prevented by his uncle Tiberius from entering the cursus honorum), was brought into power by the Roman Praetorian Guard, who wanted a change from the status quo apparat of the Augustan dynasty.

The Roman aristocracy-most claiming some sort of descent from Julius Caesar and his grandnephew Octavian (Caesar Augustus)-had long written Claudius off as a hopeless dolt. Claudius limped, the result of a childhood disease or genetic impairment. His mother Antonia, ashamed of his habits and appearance, called the youthful Claudius "a monster of man." He was likely almost deaf and purportedly stuttered.

That lifelong disparagement of his appearance and mannerisms probably saved Claudius's life in the dynastic struggles during the last years of the Emperor Augustus and the subsequent reigns of the emperors Tiberius and Caligula.

The stereotyped impression of Claudius was that of a simpleton not to be taken seriously-and so no one did. Claudius himself claimed that he feigned acting differently in part so that he would not be targeted by enemies before he assumed power, and to unnerve them afterwards.

Contemporary critics laughed at his apparent lack of eloquence and rhetorical mastery, leading some scholars to conjecture that he may have suffered from Tourette syndrome or a form of autism. The court biographer Suetonius wrote that Claudius "was now careful and shrewd, sometimes hasty and inconsiderate, occasionally silly and like a crazy man."

Roman intellectuals hated Claudius, who hit back blow-for-blow at them for their slights and snark, and showed no mercy to plotters and conspiracists. After Claudius's death, the court toady and philosopher Seneca-pal of Claudius's successor, the sinister and murderous Nero-wrote a cruel satire on Claudius's supposed crudity and buffoonery. Seneca's Apocolyncotosis (The "Gourdification" of the Divine Claudius) mocks Claudius's halting speech and off-putting mannerisms. He also poked fun at Claudius's lowbrow friends, and his penchant for crass popular entertainment.

Later Roman historians, drawing on now lost contemporary accounts of Claudius, reflect the same prejudices. In the biography of Suetonius and throughout the Annals of the historian Tacitus, the accidental emperor Claudius comes off as little more than an impulsive bumbler, an accidental emperor who came to power on a fluke and whose lack of Julian elegance made him more a buffoon than the head of the global Roman Empire of some 60 million citizens.

Claudius's 50 years of private life before becoming emperor were also the stuff of court gossip and ridicule. He would marry four times and was often flattered and manipulated by younger women.

Modern historians, however, have corrected that largely negative view and ancient bias.

Claudius's rule of some 13 years as emperor was marked by financial reforms and restoration after the disastrous reign of the spendthrift Caligula. Claudius-haters like Seneca, Suetonius, and Tacitus focused mostly on Claudius as the uncouth outsider-and overlooked what he had done for Rome after the disasters of the Caligula regime.

The empire under Claudius grew and was largely at peace. Rome annexed Britain, and added a variety of border provinces in the east. While court insiders and gossipers ridiculed Claudius's supposed ineptness, he nonetheless assembled one of the most gifted staffs of advisers and operatives-many of them freed slaves-in the history of the Julio-Claudian and Flavian dynasties.

Claudius was foremost a builder and a pragmatist. Some of the Roman Empire's most impressive archaeological remains (such as the Aqua Claudia and Aqua Anio Novus aqueducts and the reconstituted port at Ostia) date from his reign, as he focused on constructing new infrastructure and improving Roman roads, bridges, ports, and aqueducts.

The early few months of the Trump presidency are, in many ways, Claudian. Trump is likewise an outsider who, in the view of the Washington aristocracy, should never have been president.

The thrice-married Trump was supposedly too old, too crude, too coarse, and too reckless in his past private life. His critics now allege that the blunt-talking Trump suffers from some sort of psychological or physical ailment, given that his accent, diction, grammar, and general manner of speaking, as well as his comportment, just don't seem presidential.

If Claudius constantly scribbled down observations on imperial life (unfortunately now mostly lost), Trump is an incessant tweeter, who daily issues forth a litany of impromptu impressions, half-baked thoughts, and assertions-that are likewise the stuff of ridicule by journalists.

The media and the Washington establishment-like Claudius's elite critics, Seneca, Suetonius, and Tacitus-focus mostly on the psychodramas of the president. But while they obsess over the frequent absence of First Lady Melania, Trump's two-scoop ice cream deserts, the supposed undue and sinister influence of Trump's daughter Ivanka and son-in-law Jared Kushner, the insider spats between the New York moderates and the Steve Bannon true-blue populists, the assorted firings of former Obama appointees, and investigations of Trump associates-the American government, like Rome under Claudius, goes on.

Critics also miss the fact that Trump is not a catalyst but a reflection of contemporary culture, in the way that the world portrayed in Petronius's Satyricon both pre- and postdated Claudius. The Neroian crudity, obscenity, and vulgarity of a Madonna, Bill Maher, or Steven Colbert-or DNC head Tom Perez or California Senator Kamala Harris-had nothing to do with Donald Trump.

The real story of the Trump administration is not the messy firing of James Comey or the hysterical attacks on Trump by the media, or even his own shoot-from-the-hip excesses. Rather Trump, also like Claudius, has assembled a first-rate team of advisors and cabinet officials.

Never have so many cabinet officers been given such responsibility and autonomy. It is unlikely that a Mattis or McMaster-outsiders who lack bureaucratic portfolios-would have ever held such office under either a progressive Democratic president or an establishment Republican one. A mercurial and unpredictable president gives a Secretary of Defense or State more leverage abroad than does an apologetic sounding and predictably complacent Commander in Chief. The result is a recovering military and a slow restoration of American deterrence abroad that will ultimately make the world safer and the need for America to intervene less likely.

Trump's Justice Department under former Senator Jeff Sessions and his Deputy Rod Rosenstein is likewise a vast improvement over the one headed by Eric Holder and Loretta Lynch, which politicized and even nullified federal law.

So far, any diagnosis of what our contemporary Claudius has done in his first three months rather than what he has said-or what the media says he has said or done-suggests national improvement.

The stock market is up over the last four month. Unemployment is down. Labor participation is inching up. Business confidence polls stronger. Illegal immigration has dropped by 70 percent. Federal revenues are increasing while federal spending is declining. Neil Gorsuch and other federal judicial appointees are being roundly praised. Local police and federal law enforcement officials are re-enthused after years of demoralization.

Trump's executive orders on the Keystone and Dakota pipelines, and the reenergized support for the coal industry, will bring more jobs and lower energy costs. Industries like steel, aluminum, and beef are talking about exporting and hiring in a way that they have not in years. While the media caricatures Trump's propensity to jawbone companies about outsourcing jobs abroad, corporations themselves see executive orders on deregulation, promises of tax reform, and a new attitude of "America first" as incentives to stay home and hire Americans.

Talking heads cringe after watching network interviews of Trump (who unlike former President Obama will talk off-the-cuff to almost anyone at any time anywhere about anything). Smug authors pen long exposes of Trump's buffoonery in Washington and New York magazines. Yet we should no more believe that their satires of Trump, the man, are an accurate window into the Trump agenda or record than was Seneca's Apocolyncotosis a reliable account of the reign of Claudius.

From what we can tell, the more Rome prospered under Claudius, the more the imperial court grew to despise him-as if his odd mannerisms and the even odder way he came to power could not be squared with the able administration of a far-flung empire over the 13 years of his reign.

In the end, Claudius was likely murdered by dynastic rivals and relatives who thought that a young, glib, handsome, intellectual, and artistic Nero would be a pleasant relief from the awkwardness, bluntness, and weirdness of Claudius. What followed was the triumph of artists, intellectuals, stylish aristocrats, obsequious dynastic insiders, and flatterers-many of them eventually to be consumed by the reign of terror they so eagerly helped to usher in.