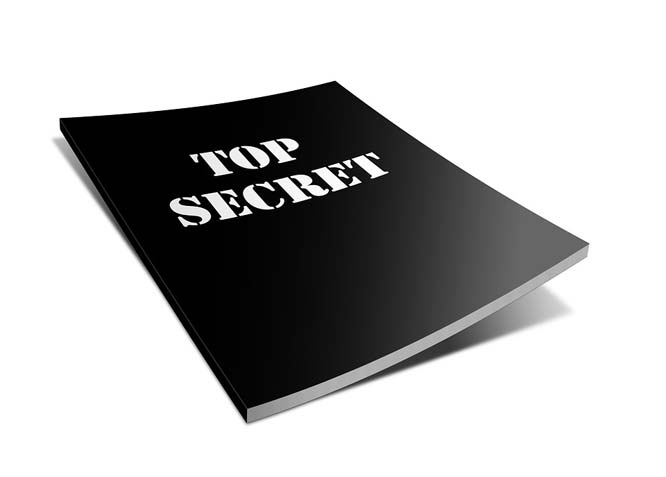 According to an insider account, the Clinton team, put together the Russia Gate narrative within 24 hours of her defeat. The Clinton account explained that Russian hacking and election meddling caused her unexpected loss. Her opponent, Donald Trump, was a puppet of Putin. Trump, they said, "encourages espionage against our people." The scurrilous Trump dossier, prepared by a London opposition research firm, Orbis, and paid for by unidentified Democrat donors, formed a key part of the Clinton narrative: Trump's sexual and business escapades in Russia had made him a hostage of the Kremlin, ready to do its bidding. That was Hillary's way to say that Trump is really not President of the United States-a siren call adopted by the Democratic party and media.

Hillary and the Orbis Dossier

The most under covered story of Russia Gate is the interconnection between the Clinton campaign, an unregistered foreign agent of Russia headquartered in DC (Fusion GPS), and the Christopher Steele Orbis dossier. This connection has raised the question of whether Kremlin prepared the dossier as part of a disinformation campaign to sow chaos in the US political system. If ordered and paid for by Hillary Clinton associates, Russia Gate is turned on its head as collusion between Clinton operatives (not Trump's) and Russian intelligence. Russia Gate becomes Hillary Gate.

Neither the New York Times, Washington Post, nor CNN has covered this explosive story. Two op-eds have appeared in the Wall Street Journal  (Holman Jenkins and David Satter). The possible Russian-intelligence origins of the Steele dossier have been raised only in conservative publications, such as in The Federalist and National Review.

The Fusion story has been known since Senator Chuck Grassley (R-Iowa) sent a heavily-footnoted letter to the Justice Department on March 31, 2017 demanding for his Judiciary Committee all relevant documents on Fusion GPS, the company that managed the Steele dossier against then-candidate Donald Trump. Grassley writes to justify his demand for documents that: "The issue is of particular concern to the Committee given that when Fusion GPS reportedly was acting as an unregistered agent of Russian interests, it appears to have been simultaneously overseeing the creation of the unsubstantiated dossier of allegations of a conspiracy between the Trump campaign and the Russians." (Emphasis added.)

Former FBI director, James Comey, refused to answer questions about Fusion and the Steele dossier in his May 3 testimony before the Senate Intelligence Committee. Comey responded to Lindsey Graham's questions about Fusion GPS's involvement "in preparing a dossier against Donald Trump that would be interfering in our election by the Russians?" with "I don't want to say." Perhaps he will be called on to answer in a forum where he cannot refuse to answer.

The role of Fusion GPS and one of its key associates, a former Soviet intelligence officer, must raise the question as to whether the Steele dossier, which was orchestrated by a suspected unregistered agent of Russia, was a plant by Russian intelligence to harm Donald Trump?

David Satter, one of our top experts on Russia and himself expelled by the Kremlin, writes:

Perhaps most important, Russian intelligence also acted to sabotage Mr. Trump. The 'Trump dossier, full of unverified sexual and political allegations, was published in January by BuzzFeed, despite having all the hallmarks of Russian spy agency 'creativity.' The dossier was prepared by Christopher Steele, a former British intelligence officer. It employed standard Russian techniques of disinformation and manipulation.

Much of the credibility of the Orbis dossier hinges on Steele's reputation as a former M15 intelligence agent. Satter writes, however, that "after the publication of the Trump dossier, Mr. Steele went into hiding, supposedly in fear for his life. On March 15, however, Michael Morell, the former acting CIA director, told NBC that Mr. Steele had paid the Russian intelligence sources who provided the information and never met with them directly. In other words, his sources were not only working for pay. Furthermore, Mr. Steele had no way to judge the veracity of their claims."

If Steele disappeared for fear of his life, we must suspect that he feared murder by Russian agents. The only secret he might have had to warrant such a drastic Russian action would be knowledge that Russian intelligence prepared the dossier.

According to a Vanity Fair article, Fusion GPS was first funded by an anti-Trump Republican donor, but, after Trump's nomination, Fusion and Steele were paid by Democratic donors whose identity remains secret. Writes Satter: "Perhaps the time has come to expand the investigation into Russia's meddling to include Mrs. Clinton's campaign as well."

As someone who has read every word of the Steele Trump dossier and has studied the Soviet Union/Russia for almost a half century, I can say that the Steele dossier consists of raw intelligence from informants identified by capital letters, who claim (improbably) to have access to the highest levels of the Kremlin. The dossier was not, as the press reports, written by Steele. No matter how experienced (or gullible) Steele might be, there is no way for him to know whether his sources are clandestine Russian intelligence agents.

In Stalin's day, some of the most valued KGB (NKVD) agents were called "novelists," for their ability to conjure up fictional plots and improbable tales to use against their enemies. Some of Steele's sources claim detailed knowledge of the deepest Kremlin secrets, such as Putin's personal control of Clinton emails or negotiations with Putin's head of the national oil company. If they truly had such knowledge, why would they "sell" it to Steele? The most likely explanation is that the Steele dossier is the work of Russian intelligence "novelists" charged by the Kremlin with defaming Trump and adding chaos to the American political system.

While leaks from within the investigation focus on possible obstruction of justice, Special Counsel Robert Mueller's writ - to investigate Russian interference in the 2016 election - requires him to consider "matters" that Dems would prefer be left alone.

Special Counsel Mueller has been given a broad charge and no deadline - a formula for trouble. He is supposed to "investigate Russia's intervention in the 2016 election." Given the many accounts of Russian contacts of Trump campaign officials and hangers-on, Mueller must follow these leads, which apparently have lead nowhere over a nine month investigation as reported even by Trump unfriendly sources like CNN. Mueller, therefore, should not require much time to rule out coordination between the Trump campaign and Russia state actors. Mueller must be careful to avoid detours into loosely related issue by scalp-hunting investigators. Mueller also must shut down leaks from within his office, if he wishes his reports to be credible to the American people.

Mueller must also conduct an investigation which is perceived as fair to both sides. On the Clinton/Democratic side, there are a number of unanswered questions related to Russian electoral intervention. Among them is the question of whether the "wiped clean" Clinton e-mails are in Russian hands (as asserted by the Steele dossier), whether  the tarmac meeting of Bill Clinton and the Attorney General quashed the investigation of Hillary's e-mails, and whether the  Clintons and Russian uranium interests engaged in quid pro quo and "pay to play" operations.

The most important unanswered question is whether the Clinton campaign funded the Orbis Trump smear campaign and did they understand the campaign could be conducted by Russian intelligence?

Mueller must question Steele himself on his sources and some of the sources themselves, investigate whether they could be Russian intelligence agents, and determine the role of Clinton donors and campaign officials in the funding of the anti-Trump dossier.

Paul Roderick Gregory is a fellow at the Hoover Institution, at Stanford, and energy fellow and Cullen Professor of Economics at the University of Houston. I am also a research professor at the German Institute for Economic Research Berlin. My specialties are Russia and Comparative Economics, and I am adding China to my portfolio. I have written more than 20 books on economics, Russia and comparative economics.

© 2021 Paul Roderick Gregory, with permission of the Hoover Institute