As Trump lashes out, Republicans grow uneasy fearing president's storm of tweets is putting their agenda at risk 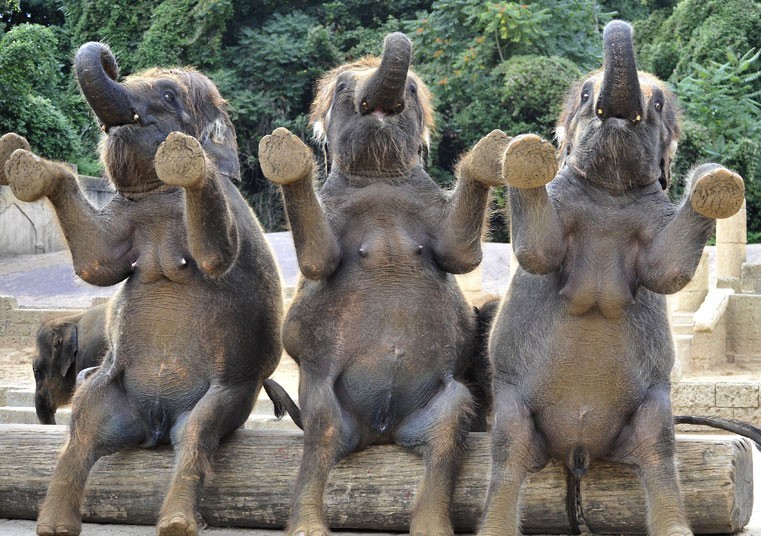 President Donald Trump, after days of lashing out angrily at the London mayor and federal courts in the wake of the London Bridge terrorist attack, faces a convergence of challenges this week that threatens to exacerbate the fury that has gripped him - and which could further hobble a Republican agenda that has slowed to a crawl on Capitol Hill.

Instead of bunkering down and delicately navigating the legal and political thicket - as some White House aides have suggested - Trump spent much of Monday launching volleys on Twitter, unable to resist continuing, in effect, as his own lawyer, spokesman, cheerleader and media watchdog.

Trump escalated his criticism of London Mayor Sadiq Khan, incorrectly stating that Khan had told Londoners to not be "alarmed" about terrorism. He vented about the Justice Department, which he said pushed a "politically correct" version of his policy to block immigration from six predominantly Muslim countries, which Trump signed before it was halted in court. He also complained that Senate Democrats are "taking forever to approve" his appointees and ambassadors.

Inside the White House, top officials have in various ways gently suggested to Trump over the past week that he should leave the feuding to surrogates, according to two people who were not authorized to speak publicly. But Trump has repeatedly shrugged off that advice, these people said.

"Not that I'm aware of," White House principal deputy press secretary Sarah Huckabee Sanders said Monday at a news conference when asked if the president's tweets were being vetted by lawyers or aides.

"Social media for the president is extremely important," Sanders said. "It gives him the ability to speak directly to the people without the bias of the media filtering those types of communication."

Trump's refusal to disengage from the daily storm of news - coming ahead of former FBI Director James Comey's highly anticipated public testimony before the Senate Intelligence Committee on Thursday - is both unsurprising and unsettling to many Republicans, who are already skittish about the questions they may confront in the aftermath of the hearing. In particular, they foresee Democratic accusations that Trump's exchanges with Comey about the FBI probe into Russian meddling in the 2016 presidential campaign were an effort to obstruct justice.

Some Republicans fear Trump's reactions will only worsen the potential damage.

"It's a distraction and he needs to focus," said former Trump campaign adviser Barry Bennett. "Every day and moment he spends on anything other than a rising economy is a waste that disrupts everything."

"I can't imagine internally they're happy with his performance," Tyler said. "The president is undermining his presidency, whenever his staff says one thing and then he does another. They'll say something you'd expect and then he'll go off and bring in the gun debate to a terror attack."

Some Trump supporters also fear that his extemporaneous rebukes are upending the priorities he is trying to implement.

George Conway, a well-known GOP lawyer who recently took himself out of the running to lead the Justice Department's Civil Division and is the husband of Trump adviser Kellyanne Conway, wrote on Twitter on Monday that Trump's fulminations on the travel ban could damage its chances.

"These tweets may make some ppl feel better, but they certainly won't help OSG get 5 votes in SCOTUS, which is what actually matters. Sad," he wrote, using abbreviations for Office of Solicitor General and the Supreme Court.

"He's rightly frustrated and he isn't always checking with his lawyers about each tweet. But he's getting his message out there," said Christopher Ruddy, a close associate of Trump and president of Newsmax Media, a conservative news organization. "He is relying on himself to be the messenger."

It is an increasingly lonely endeavor. Trump's poll numbers have sagged, with Gallup's daily tracking number showing him at 37 percent approval on Monday, nearing the nadir of his presidency so far, while the RealClearPolitics polling average shows his approval rating just under 40 percent.

Yet even among party leadership and senior advisers in the West Wing, many remain supportive of Trump's combative posture, unable or unwilling to usher him toward a less incendiary approach.

"It's all infighting and leaks to the point where Trump is diluting his own proposals," Bennett said. "I don't get it. Rather than getting him to talk about jobs, they stand by as he goes on about Mayor Khan."

The few who have spoken up have been careful to not provoke Trump. "Unfortunately the president has, I think, created problems for himself by his Twitter habit," Sen. John Cornyn, Texas, the No. 2-ranking Senate Republican, said with a tight smile during a Sunday interview on Dallas TV station WFAA.

Comey's testimony is one of a number of items on the White House radar this week that risk stoking Trump's rage.

A week after Trump declared his trip to the Middle East a success, the region was swept into turmoil Monday after four Arab nations - Saudi Arabia, the United Arab Emirates, Egypt and Bahrain - broke diplomatic relations with another U.S. ally, Qatar, which they have accused of supporting terrorism.

Several U.S. allies in Europe also have grown weary with Trump after he decided to withdraw the country last week from the Paris climate accord. One of his closer allies there, British Prime Minister Theresa May, responded uncomfortably Monday to Trump's outbursts about Khan, who is Muslim, as the United Kingdom was coping with the aftermath of the London Bridge attack that killed seven.

"I think Sadiq Khan is doing a good job and it's wrong to say anything else," May tersely told reporters.

In Congress, Trump's ambitions to pass a health-care overhaul and tax reform have been stymied by party infighting and growing nervousness about the potential political cost, especially in the more moderate Senate. The only major legislative accomplishment so far has been the confirmation of Supreme Court Justice Neil Gorsuch, which came in April after bypassing a Democratic blockade.

David Winston, a Republican pollster who works closely with congressional GOP leaders, said lawmakers are eager to avoid discussions on issues that do not have to do with their agenda - including Trump's tweets - and said an extended delay on big-ticket legislation would pose a problem.

"Anytime they're not talking about the economy or jobs, they know that's not what the electorate is looking for," Winston said. "It's going to be the responsibility of the White House to provide that context" when the news cycle and media has their attention elsewhere, he added.

Ongoing turmoil in the White House only exacerbates the problems. Talk of possible staff changes have fueled a rush of stories that irritate Trump, who disdains news coverage of his advisers and their many rivalries. Former campaign loyalists, such as Corey Lewandowski and David Bossie, have been spotted heading to the Oval Office for meetings.

Meanwhile, the Russia-related questions are ubiquitous. Robert Mueller, the special counsel delving into potential ties between Trump's campaign and Russia, is busy at work, and Trump's son-in-law and senior adviser, Jared Kushner, is a focus of the investigation, according to people familiar with the probe.

Trump allies have for weeks discussed the possible formation of a Russia-focused "war room" either inside or outside the administration, but any such operation has yet to be formally announced. The president has retained an outside legal team, however, while Bossie and Lewandowski have been mentioned as possible leaders of an advocacy group that would defend Trump after Comey's testimony.


The White House, meanwhile, gamely attempted to ignore the fallout from Trump's latest tweets, pressing forward Monday with a conventional rollout of parts of a promised infrastructure program.

Standing in a dark suit and red-striped tie at the White House in front of Cabinet officials and Vice President Mike Pence, Trump endorsed a plan to spin off more than 30,000 federal workers, including thousands of air traffic controllers, into a private nonprofit corporation - and he railed against the Obama administration's previous work to improve the Federal Aviation Administration.

"The current [aviation] system cannot keep up, has not been able to keep up for many years," Trump said. "We're still stuck with an ancient, broken, antiquated, horrible system that doesn't work."

It was a brief respite from rancor. A few hours later, this time on Facebook, Trump was back at it, posting a video and fervent note to his millions of followers.

"We need the Travel Ban - not the watered down, politically correct version the Justice Department submitted to the Supreme Court, but a MUCH TOUGHER version!" Trump wrote. "We cannot rely on the MSM to get the facts to the people. Spread this message. SHARE NOW."