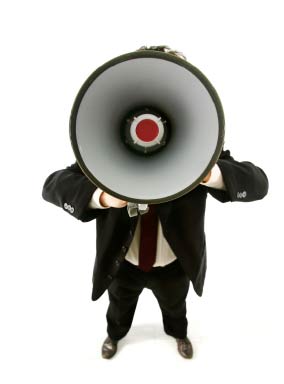 For all the money spent and the endless pre-election analysis about the meaning of it all, the special congressional election in Georgia's 6th District produced a status quo result. Republican Karen Handel held onto a seat long held by the Republicans. For both parties, there are lessons to be learned.

Any House race that generates $50 million in spending - it was the costliest in history - is hardly a generic laboratory and therefore the results are subject to over interpretation. In the fevered atmosphere that surrounded this contest in suburban Atlanta, it's easy to lose sight of fundamentals. This was a district that Democrats have rarely won - in congressional races, Senate races or state races.

That meant, when stripped of all the hype, the odds always were, narrowly, in Handel's direction. She was an almost ideal candidate for the district. Her Democratic opponent, Jon Ossoff, who did not even live in the district, was not. The late polls showed a tight race but gave Ossoff a slight edge (within the margin of error). Handel did better than the polls.

The outcome has been described as a wake-up call for Democrats, which it should be. The road to a congressional majority in 2018 remains challenging, despite hopes by many in the party that President Trump's unpopularity will generate enough grassroots energy to sweep aside the GOP majority. Smart Democrats were always wary of the hype surrounding Ossoff's candidacy and the prospects for victory in Georgia. The results should bring others in the party back down to earth.

Trump won the district in 2016 by a point over Hillary Clinton. Handel's four-point margin exceeded Trump's, but it was significantly smaller than former representative and current Health and Human Services Secretary Tom Price received in recent elections. It was much smaller than other previous GOP occupants of the seats enjoyed before that and smaller by far than Mitt Romney's in 2012.

So Handel did better than the polls predicted but worse than Republicans generally do in the district. Chalk that up to two things: open-seat races are often closer than races involving incumbents and the Trump effect on voters. The fundamentals of the district were in her favor, but her advisers always worried about the headwinds created by the president. Without the current occupant of the White House, she likely would have won by a bigger margin.

It's instructive to look at what happened Tuesday in neighboring South Carolina, in a special election to fill the seat of Mick Mulvaney, the Trump administration's budget chief. Trump won that district handily in 2016, yet Democrat Archie Parnell came within a few points of defeating Republican Ralph Norman. The South Carolina election got almost no national media attention, yet Parnell came a bit closer to winning than did Ossoff.

Viewed from that angle, the results on Tuesday underscore the degree to which the political landscape has changed in the age of Trump. Democrats were unduly optimistic about the Georgia race, but what happened there and in South Carolina is consistent with what has happened in other congressional special elections this year. Democrats are winning a greater share of the vote in these districts than they have in the past.

The money and attention in Georgia produced a huge turnout and perhaps motivated Republicans to rally around Handel more than they might in a normal special election. There was no question that Democratic voters were highly motivated. Republicans saw that coming and poured everything possible into trying to match that enthusiasm by turning out every voter possible. In South Carolina, Democrats snuck up on Republicans and came close.

The Georgia contest drew attention because the district fit the narrative of the Trump era. It's highly educated electorate seemed ideal to test what was seen in 2016, which was strong support for Trump among non-college educated white voters but significantly less among college-educated whites.

Even with that, the Democratic brand did not prove attractive enough in a suburban southern district. Ossoff tried to run as a moderate but Republicans made sure he could not run away from a national party that has moved left. That remains a challenge for the party, whether in other suburban districts in the South and in the Senate races in red states with vulnerable Democratic incumbents.

Handel ran a localized race but had to battle against the Trump effect. GOP candidates in 2018 will have to try to do the same thing unless the president's approval rating rises from where it is now, which is at about 40 percent.

The Handel victory will give the Republicans and the White House a psychological boost and likely keep them together in the coming months as they try to pass major pieces of their and Trump's agenda. Trump will see the results in Georgia and conclude that he still has the Democrats' number.

For Republicans, health-care legislation, soon to emerge from secrecy in the Senate, remains a struggle to enact. GOP leaders believe failure is not an option but know that, even if successful in passing health care this year, they could be saddled with a bill that is highly unpopular, at least if current polling proves correct. Tax legislation has yet to come together and increasingly appears to be in the form of a tax cut rather than tax reform. The political implications of that remain murky.

There are no moral victories in politics. Republicans won on Tuesday in the most important special election this year. Democrats lost, as they have done in the other special elections in GOP-held seats this year.

For the national Democratic Party, the debate continues about developing a message that goes beyond attacking Trump, or assuming dissatisfaction with the president will be enough. But for Republicans, the results on Tuesday were a reminder that victories will come harder with Trump in the White House.