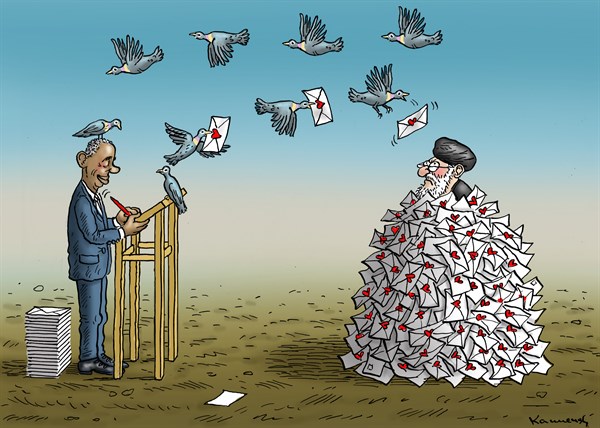 One of the unexpected results of President Barack Obama's new opening to Iran is that U.S. taxpayers are now funding both sides of the Middle East's arms race. The U.S. is deliberately subsidizing defense spending for allies like Egypt and Israel. Now the U.S. is inadvertently paying for some of Iran's military expenditures as well.

It all starts with $1.7 billion the U.S. Treasury transferred to Iran's Central Bank in January, during a delicate prisoner swap and the implementation of last summer's nuclear deal to resolve a long-standing dispute about Iran's arms purchases before the revolution of 1979.

For months it was unclear what Iran's government would do with this money. But last month the mystery was solved when Iran's Guardian Council approved the government's 2017 budget that instructed Iran's Central Bank to transfer the $1.7 billion to the military.

Saeed Ghasseminejad, an associate fellow at the Foundation for Defense of Democracies, spotted the budget item. He told me the development was widely reported in Iran by numerous sources including the state-funded news services. "Article 22 of the budget for 2017 says the Central Bank is required to give the money from the legal settlement of Iran's pre- and post-revolutionary arms sales of up to $1.7 billion to the defense budget," he said.

Republicans and some Democrats who opposed Obama's nuclear deal have argued that the end of some sanctions would help to fund Iran's military. But at least that was Iran's money already (albeit frozen in overseas bank accounts). The $1.7 billion that Treasury transferred to Iran in January is different.

A portion of it, $400 million, came from a trust fund comprising money paid by the government of Shah Mohammad Reza Pahlavi, a U.S. ally, for arms sold to Iran before the 1979 revolution. Those sales were cut off in 1979 after revolutionaries took over the U.S. Embassy in Tehran and held the American staff hostage for 444 days. The remaining $1.3 billion represents interest on the $400 million principle over more than 36 years.

According to a letter from the State Department to Representative Mike Pompeo, a Republican who has called for an investigation into the January payment, that money came out of something known as the Judgment Fund, which is "a source of funding to pay judgments and claims against the United States when there is no other source of funding."

At the time of the transfer in January, the Obama administration said the $1.7 billion payment was a bargain for the taxpayer because the U.S. would probably have to pay a steeper interest rate had the matter been adjudicated at the Hague by a tribunal created to settle claims between the U.S. and Iran after 1979.

Nonetheless, the $1.7 billion payment has still rankled Obama's critics. In January, many observers, including Pompeo, said the transfer was more like a ransom payment because it coincided with the release of five Americans detained in Iran. The Iranian commander of the Basiji militia, Mohammad Reza Naghdi, said at the time: “Taking this much money back was in return for the release of the American spies." The White House disputed this claim and said the payment was independent of the negotiation to release the American prisoners.

In any case, Pompeo is angry. “The fact that U.S. taxpayers appear to be funding Iran’s military is outrageous," he told me.

The irony here is that Iran has been pleading poverty in recent months. The country's supreme leader and foreign minister have publicly complained that Iran's economy has not seen the benefits expected from the Iran nuclear deal. And yet Iran's 2017 $19 billion defense budget has increased by 90 percent from 2016, according to Ghasseminejad.

We now know where $1.7 billion of that came from.