The Internet may never be the same, thanks to this landmark court ruling 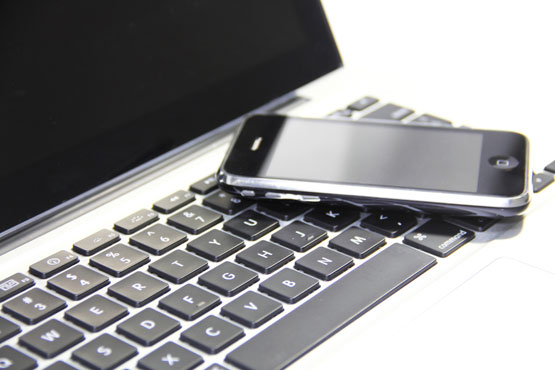 You may have heard something Tuesday about a court and net neutrality and something about the Internet. Maybe it didn't make much sense. And that's a good thing! If we all spent our time trying to decipher the Web, we'd never get around to actually using it, or creating awesome new things with it.

That said, some debates are so important to the healthy function of the Internet that they're worth learning about in depth, and in the process grasping their implications for free speech, online commerce, educational opportunity and all the reasons that make the Internet worth using in the first place.

One of those debates reached a key turning point Tuesday, when a federal appeals court said that the Internet is basically like a giant telephone network and that the companies that provide it, such as Comcast and Verizon, must offer essentially the same protections to Internet users that the government has required of phone companies for decades.

Okay, that description glosses over some details that we'll try to explain below, but the big thing here is that this court ruling represents one of the most important moments in the history of the Internet. It reflects a change in understanding that, if upheld, will now shape everything ranging from how Internet service providers (ISPs) upgrade their networks to what apps you can find on the Web. The weirdest thing is, you'll probably never even notice.

Q: What's this court decision all about?

A: In a 2-1 decision, the Federal Communications Commission won a sweeping victory against a number of suing Internet providers. The FCC was accused of writing a set of strict rules for Internet providers that went far beyond what it was allowed to do under its congressional mandate. And by filing a lawsuit, cable and telecom companies hoped to get those rules thrown out.

Q: But instead the companies lost?

A: Yes, pretty much across the board, surprising almost everyone on both sides of the issue.

The conventional wisdom in Washington was that the court would agree to let some of the rules slide, but not all. Analysts predicted that the three judges in the case - David Tatel, Sri Srinivasan and Stephen Williams - would throw out an attempt by the FCC to apply its rules to cellphone data as well as regular, fixed home broadband. But in the end, the U.S. Court of Appeals for the D.C. Circuit granted even those provisions.

Q: Remind me again what these rules are for and what they look like?

A: In a nutshell, they're aimed at making sure the Internet stays an open platform and that cable and telecom companies can't use their position in the marketplace to unfairly benefit themselves and shut down competition.

More specifically, the rules come in several parts. The first part contains a series of total bans on certain kinds of tactics - things like blocking or slowing down the websites you're trying to reach while favoring the sites that a cable or telco may own or have a commercial relationship with. These flatly aren't allowed under what the FCC calls its "bright-line rules."

Then there's a provision that allows the FCC to investigate suspicious ISP activity, under what it calls a "general conduct standard." Essentially, if the agency thinks a certain practice may run afoul of the rules, it can go after it on a case-by-case basis.

There's a part of the regulation that tries to extend these expectations to wireless carriers, which we've already briefly discussed.

And underpinning it all, making it the case's biggest point of controversy, is the decision to regulate ISPs like legacy phone companies. Without this one move, all the rest of it comes falling down, because it's this provision that legally enables the FCC to put the other rules in writing.

Q: How did the industry try to attack the rules? And what did the court say in response?

A: This is where it starts to get challenging, but we'll tackle this together. In order to start regulating ISPs like phone companies, the FCC had to announce that it was doing so. It basically said, Hey, for a long time we've treated you as one kind of business, which we call an "information service." Now, in order to stick you with these new consumer-protection requirements, we're going to start calling you a "telecom service."

Each kind of business lives under different rules, but the ISPs liked living under the old rules, so they tried to fight the decision to reclassify them. The industry claimed that Internet access was really an "information service" because of all the features that providers tacked on to the pipe carrying your Web traffic. This includes things like free email addresses, AOL-style Web portals, and the like.

ISPs and their supporters argued the FCC didn't do enough to justify its regulations. And, they said, in writing such sweeping regulations, the FCC went beyond what Congress had allowed it to do when the agency was first created. A few other FCC opponents said the rules represented a First Amendment violation, basically because Internet providers make "speech" when they decide how to carry Internet traffic over their networks. And they also claimed the regulations would put a chill on ISPs' investment in network upgrades, resulting in a worse experience for consumers.

The court decided not to take up the last of these arguments, saying it was beyond its responsibility, focusing instead on the first few. It said the FCC had the power to change how it wanted to classify different industries. And it gave a pass to the FCC's analysis that explained why the rules were necessary, using a legal doctrine known as Chevron that typically affords "expert" agencies a degree of leeway.

Q: You said many people thought the rules for wireless carriers were going to be thrown out. What happened?

A: Suppose the court had upheld the part we were just talking about - reclassifying Internet providers - but rejected the FCC's attempt to extend the rules to wireless carriers. We'd be living in a very interesting world. Your Internet usage on your PC and laptop would be covered by net neutrality, but the mobile data on your smartphone or tablet would not. And more and more Americans are shifting to mobile - meaning that this divergence in regulation would become increasingly apparent.

That's not what will happen now. The court ruled that the FCC can indeed apply the same rules to cellphone carriers as to providers of cable Internet, creating a single regime across different technologies.

ISPs had argued that mobile Internet access is fundamentally different from wired Internet access. It belongs, they said, in a special category under FCC rules that gets them out of having to obey the reclassification affecting wired Internet providers. The court disagreed, essentially saying mobile data does fall into the same category as regular, fixed Internet.

Q: What happened to the First Amendment argument?

A: The First Amendment challenge to the FCC goes something like this: In carrying speech-like content over their networks such as videos or blog posts, ISPs can be said to be "speaking" when they agree to transmit that content. Any rules that infringe on their ability to do that amounts to an attack on free speech. What's more, ISPs sometimes make editorial decisions about what content to provide to consumers, which makes them a bit like newspapers.

The court disagreed. Telephone networks carry other people's speech, but that by itself doesn't make phone companies First Amendment "speakers," the judges ruled. And, it said, newspapers are different from Internet providers in that newspapers are constrained in what they can fit on the page, whereas Internet providers aren't limited in "the range of potential content they can make available to subscribers."

Even if an ISP really did decide to "curate" the sites a customer could see on the Internet, the court said, it wouldn't, by definition, be an Internet provider anymore because a true Internet provider gives users access to all points on the Web.

Q: What does all this mean? And what happens next?

A: It means, simply, that the Internet now lives in totally uncharted waters. Now that the FCC has successfully reclassified all Internet providers under different rules, it can begin writing entirely new regulations to shape their behavior. It can also police behavior that it deems unfair. Critics view this as a tremendous power grab. Supporters view this as necessary for protecting consumers from abusive corporate behavior.

This court case may be over - but the saga isn't. Some ISPs, like AT&T, are hinting strongly that they will take this all the way to the Supreme Court. Before that happens, ISPs might try for a rehearing at the D.C. Circuit, or file another lawsuit in a different appellate court. The whole process could take years. But for now, having dealt with the immediate legal threat, the FCC will be moving ahead on implementing its net neutrality rules.

Previously:
• His Internet was too slow. What he did when the cable company wouldn't rectify the situation
• The real reason America controls its nukes with ancient floppy disks
• What happens when a top privacy and security regulator falls for an email scam?
• The infuriating rule American Airlines won't tell you about until it's too late