Dylann Roof was forgiven by the families of the massacred Charlestonians. Should he have been? 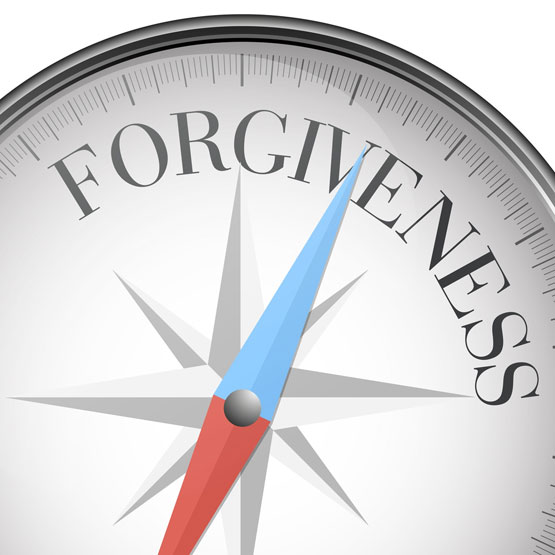 In an extraordinary example of human nobility, relatives of those killed in the Charleston, South Carolina, massacre expressed their forgiveness for Dylann Roof, the domestic terrorist who opened fire and took nine lives from the historic Emanuel A.M.E. church community. The mourners' refusal to indulge their natural human impulse for revenge and to return love for hatred shows us all how it is possible to heal our fractured society.

On a deeper level, however, the question of forgiveness is vastly more complicated.

One of the most compelling works of Holocaust literature is The Sunflower, an anthology built around the experience of survivor Simon Wiesenthal in the Lemberg Concentration Camp. In 1943, Mr. Wiesenthal was summoned to the deathbed of Karl Seidl, a Nazi soldier haunted by the atrocities he had committed, who wanted desperately to receive forgiveness from a Jew before he died.

Mr. Wiesenthal describes how he could find nothing to say and left the soldier without uttering a word. He then grapples with the question of whether he should have offered forgiveness, ultimately offering his answer by reframing the question:

The crimes committed by the Nazis were not directed against individual Jews but against the Jewish people as a whole. Consequently, the torture and torment inflicted upon any Jew was in fact a crime against every Jew. Each individual victim was not a person but one of a people -- the perpetrators didn't care who he was but what he was -- and therefore no individual had the power to grant forgiveness since an entire nation was targeted through each act of individual violence.

In other words, it wasn't a matter of whether Mr. Wiesenthal should forgive, but whether forgiveness was his to give at all.

The same reasoning applies to all hate crimes. Whether the victim is black or white, Hispanic or Asian, Jew or Gentile, citizen or immigrant, rich or poor, any act of violence motivated by identity is not merely a crime against one person but a crime against mankind. As such, it transcends mere brutality or wickedness and rises to the level of gross inhumanity. By doing so, it becomes unforgivable.

So how can an act of forgiveness be both noble and impossible? Part of the confusion stems from a lack of clear definition. What is forgiveness? And why should forgiving evil ever be considered noble?

In the best-case scenario, forgiveness is a response to contrition. When a perpetrator recognizes the evil of his own actions, sincerely regrets them, and seeks to repair or atone for the harm he caused, then to withhold forgiveness becomes an act of evil itself. In such a case, to grant forgiveness becomes not merely noble but a moral obligation.

But what if the perpetrator feels no remorse? Or what if he has no intention of righting the wrongs he has caused?

Even in that case, if one can understand, or even imagine, what motivated an act of evil, then it might be possible to forgive the offender for his own human weakness, whether it was a momentary lapse in temper or judgment, an innate lack of moral clarity or, as may or may not be the case with Dylann Roof, demonstrable psychological instability. To be able to see past one's own pain and find a mitigating factor to excuse violence is truly noble… even saintly.

However, in the case of conscious, calculated evil, forgiveness may actually be a perversion of morality. Moral values should be so deeply rooted within that we can't help responding to any violation of them with indignation and outrage. If we are truly committed to the values of good, how can we possibly tolerate evil, or those who do evil, especially when they do it in the name of good?

This is what the sages of the Talmud meant when they said, Be discerning in judgment. Look for every possible means of explaining away bad behavior. But after all is said and done, evil remains evil. Nonjudgmentalism is an empty slogan that allows evil to proliferate unchecked.

What often gets lost in the discussion of forgiveness is the matter of accountability. If I break your window, my apology means nothing unless I'm willing to pay for the window. And if I've caused damage that can't be repaired, punitive restitution may be the only means through which society as a whole can preserve respect for the rule of law and confidence in the institutions of justice.

The particulars are open to debate. There are legitimate grounds to oppose the death penalty, mostly based in the real concern that an imperfect legal system cannot guarantee the guilt of those sentenced to death.

But to oppose capital punishment on the grounds that the state has no right to take a life misses a larger point. One who takes the life of another member of society forfeits his own place in that society; moreover, a society will retain its respect for the sanctity of life only with the recognition that by taking a life one forfeits his own right to life as well.