Lockdowns haven't proved they're worth the havoc 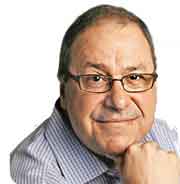 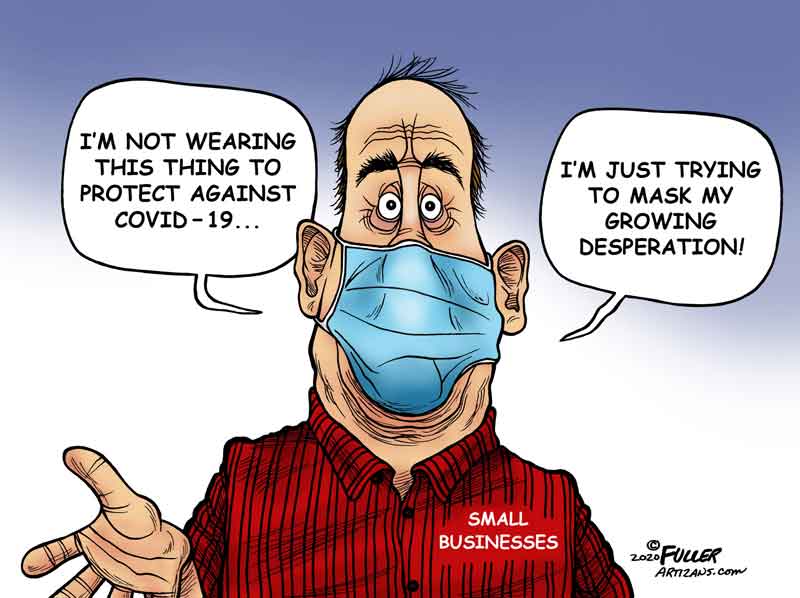 My junior and senior years in high school were 1968 and 1969; five decades later, I can still remember some of the main events of that era: the assassinations of Martin Luther King and Robert F. Kennedy, the bombing of Cambodia, the Apollo 8 spaceflight that orbited the moon, and Woodstock, which I pleaded with my parents to let me attend. (They said no.)

In my personal life, I remember playing on the basketball team, buying my first car, working in my family's corner grocery store and wishing I had the nerve to ask certain girls out on a date. Here's what I don't remember: the pandemic of 1968-1969.

And yet there was one. It was called the H3N2 virus — less formally, the Hong Kong flu — and it took a significant toll. The Centers for Disease Control and Prevention has estimated that 1 million people died worldwide, 100,000 in the U.S. Conditions in large U.S. cities sound similar to what they're going through now, with overwhelmed hospital workers, millions of people getting sick and the elderly most likely to die.

When I first read about this pandemic, I could scarcely believe I had missed it. According to a recent article in the Wall Street Journal, the virus wreaked havoc in Europe, with French manufacturers suffering severe disruptions and West German garbage collectors burying the dead because there weren't enough undertakers. In the U.S., The New York Times reported, the Citadel had to suspend classes because 165 cadets came down with the virus. Absenteeism in Los Angeles schools rose as high as 25%. In Boston, where I would soon be headed to college, university infirmaries were said to be filled with ill students. Tallulah Bankhead was a prominent victim of the virus.

A quick search confirms that the Times(1) had covered the pandemic at the time. But I didn't read the Times when I was in high school, and even if I had, I might well have missed the coverage. Every article was buried well inside the paper.

I did read the Boston Globe, but it wasn't exactly trumpeting the news either. I found a humor piece by Art Buchwald ("For pretty young ladies, the HKF can be your protection from drunken bosses at Christmas parties"). The news that the virus was officially an epidemic ran in a short wire-service article on Page 5. On New Year's Eve, the Globe predicted that the flu might keep people indoors. Or maybe not: "Flu or not, there are many who won't let anything stand in the way of celebrating the holiday."

From our current perspective, with shelter-in-place rules in much of the country, the most striking thing about the contemporaneous accounts was the absence of any discussion of lockdowns or even social distancing. I saw a few photos of nurses and office workers wearing masks, but that apparently wasn't mandated either.

Even the occasional school closings were one-offs; not a single state ordered that schools or businesses be closed en masse. The virus swept across the world, causing tens of millions of people to become sick — and killing nearly three times the number of people who have died so far of COVID-19 — and the world's chief mitigation effort was to race to make a vaccine. By the time one was ready, the pandemic had largely fizzled out.

This pandemic, of course, will be indelibly seared in the memory of those who lived through it. It is the biggest story since 9/11, with the ever-rising number of cases and deaths dominating the news. Children who are now wearing masks, doing schoolwork online and staying indoors will never forget it.

They'll also no doubt remember the economic aftermath, which is likely to be horrific, with deflation and even a depression a possibility. On Tuesday, testifying before the Senate Banking Committee, Treasury Secretary Steven Mnuchin said that "there is a risk of permanent damage" to the economy if the country remained locked down much longer.

All of which raises a question that has so far been relegated to a small handful of coronavirus contrarians: with all the businesses that are going to fail, and the tens of millions of people who will be unemployed — and the other negative consequences that come with forcing people to stay at home — will the lockdown have been worth it? Or would we have been better off doing something closer to what the country did in 1968 — yes, taking precautions like wearing masks, washing hands and protecting the elderly, but allowing businesses and schools to stay open while people went about their lives?

There are two issues here. The first is that quarantining an entire population is not some set-in-stone technique that has been used for decades to stem the spread of a virus. It was first proposed in 2006 by two government doctors — neither of them infectious disease specialists — after President George W. Bush asked for a plan to combat pandemics.

Soon afterward, a paper was published calling for a national policy of sheltering-in-place. It swayed Bush. But four scientists who were infectious disease specialists also wrote a paper about the idea — a devastating critique. There was no science to support the notion that a national quarantine would halt the spread of infection, they wrote. It could increase the risk of infection for people living in close quarters. Closing theaters, malls, restaurants, stores and bars — not to mention church services and athletic events — would have "serious disruptive consequences." Closing schools was not only impractical "but carries the possibility of a seriously adverse outcome." And so on.

Experience has shown that communities faced with epidemics or other adverse events respond best and with the least anxiety when the normal social functioning of the community is least disrupted. Strong political and public health leadership to provide reassurance and to ensure that needed medical care services are provided are critical elements. If either is seen to be less than optimal, a manageable epidemic could move toward catastrophe.

The second issue is that there is surprisingly little evidence that lockdowns work. Last week, a statistician named William M. Briggs, who is solidly in the anti-lockdown camp, wrote a blog post comparing countries that locked down with countries that didn't. As of May 12, the U.S. had 237 deaths per million people. Taiwan, a no-lockdown country, had 0.3 deaths per million. (The country has had a total of seven deaths.)

"Death rates were more than highly variable; they were all over the place," Briggs wrote of the data he had collected. "If lockdowns worked as advertised, we would not see such enormous variability in the death rates."

"What should we conclude?" he added. "Strike that. What can we conclude? Only one thing: We cannot conclude that lockdowns worked."

Let me point out one other fact about the pandemic of the late 1960s. Like many coronaviruses, the H3N2 virus came in waves. The last one began in the fall of 1969 and ended in early 1970. Assuming this coronavirus fades in the summer, there is a high likelihood that it will return with a vengeance in the fall and winter. If that happens, are you truly ready to lockdown again?

I didn't think so.

(1) "The Hong Kong Flu Began in Red China," was the headline of an AP story The New York Times ran in mid-December 1968.