That 'compromised president' just closed US skies to Russian spies 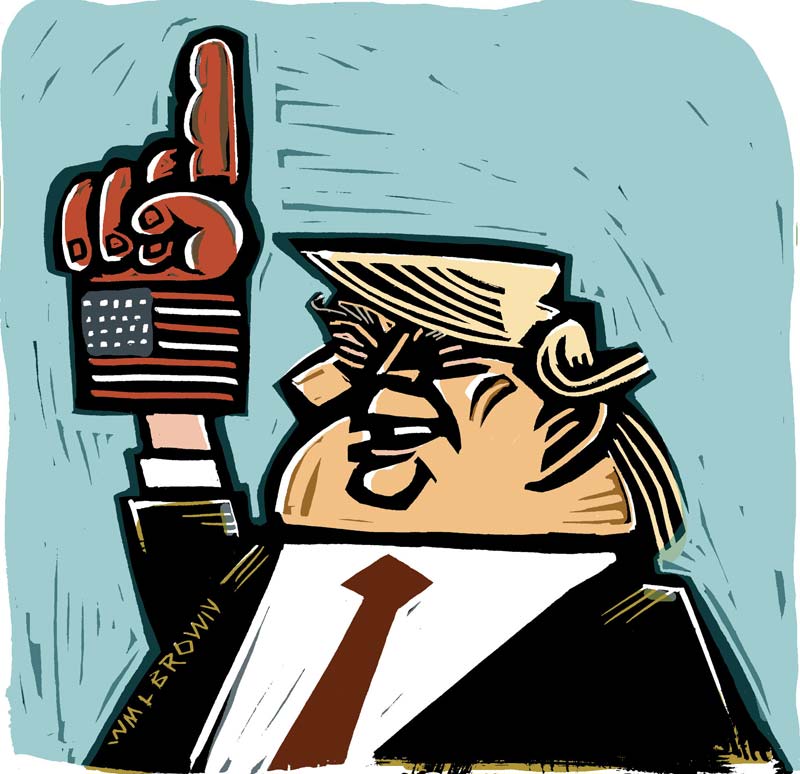 President Donald Trump is preparing to exit his second arms-control treaty with Russia since taking the oath of office, and the opposition is already in high dudgeon. "This is insane," tweeted former CIA director Michael Hayden. "Another shortsighted Trump move to abandon a treaty that includes many close allies," tweeted Samantha Power, former ambassador to the United Nations.

But Trump's decision is the right one — both in the details and on principle.

The deal in question is the Open Skies treaty, signed in 1992, which allows U.S. and Russian spy planes to fly over military installations and weapons facilities. The aim is to give the 35 nations that are now members confidence that their adversaries are keeping their arms-control commitments.

In theory, it's a good idea. Overhead surveillance is one way to verify more substantive arms control agreements with Russia. It also gives a baseline for military planners, providing a data set that shows what peacetime deployment looks like. The big flaw in the arrangement is that the one party that all the others must worry about — Russia — is a serial violator of international agreements.

Consider Moscow's recent record. When Russian special operations units invaded Crimea and later Eastern Ukraine in 2014, President Vladimir Putin was violating a 1994 pledge to protect and respect the territorial integrity of Ukraine. The Ukrainians got these commitments in exchange for relinquishing the Soviet-era nuclear arsenal stationed on their territory.

The same pattern was repeated by Russia with regard to the Intermediate Range Nuclear Forces, or INF, treaty. Russia largely complied with the part of the treaty that eliminated a class of short- and medium-range nuclear weapons from Europe from its signing in 1987 to about 2008. But in that year, Russia began testing a ground-launched cruise missile that violated the ranges set by the INF treaty. For 10 years, the U.S. tried to bring Russia back into compliance, but Putin kept escalating, eventually deploying banned missiles with ranges that could hit Europe. So in October 2018, after NATO allies publicly acknowledged that Russia was in material breach of its commitments, the U.S. announced it would be withdrawing.

A similar story can be told about the Open Skies treaty. When it took effect, in 2002, Russia largely abided by it. But during former President Barack Obama's administration, the U.S. found its flights were restricted over suspected facilities in Russia — even as the U.S. gathered evidence that Russian surveillance planes were mapping critical infrastructure in the U.S. As Republican Senator Tom Cotton said Thursday: "The Open Skies Treaty started life as a good-faith agreement between major powers and died an asset of Russian intelligence."

U.S. diplomats have raised these issues with their Russian counterparts to bring them back into compliance with the treaty. But Moscow has not budged. Because the U.S. has spy satellites and other technological means of gathering the same data its surveillance planes collect, it loses very little by withdrawing from the Open Skies treaty.

There is a more important principle at stake as well. If Putin believes that he can get away with cheating on treaties that his most important adversary respects, what incentive does he have to come into compliance? What good are arms-control agreements if they do not enhance international security?

That is the question that drives the Trump administration's approach to arms control. "Where arms control does not contribute to security — such as where our counterparties refuse to comply with their obligations — we have made very clear that we are willing to walk away from failed agreements," said Christopher Ford, assistant secretary of state for international security and nonproliferation, in a little-noticed speech in February.

That may sound obvious, and almost all treaties have a procedure by which a party can justifiably leave the agreement. But until the Trump administration, no senior U.S. official had stated this principle as clearly as Ford did: When the other party refuses to honor an agreement, walk away. If Trump and his successors stick to this simple approach, the arms-control arrangements of the future will provide the security that the flawed treaties of today do not.

So it shouldn't be surprising that as Trump withdraws from the Open Skies treaty, his administration has agreed to begin talks with Russia to negotiate an extension to another strategic nuclear army control treaty known as New START.

The Trump administration is not opposed to arms control. What it opposes is the violation of arms-control agreements.