Forget that persistent myth: You can drink water while eating 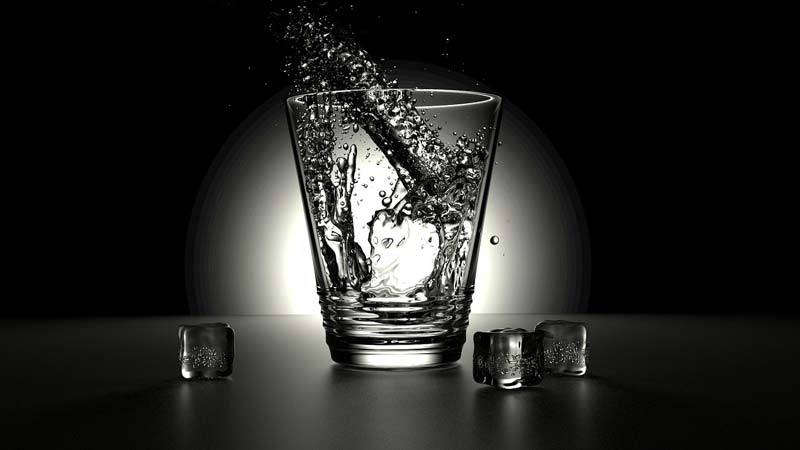 It's the kind of advice a well-meaning friend might chime in with as you chug a glass of water after sitting down for a meal: "You shouldn't drink water before eating - it's bad for your digestion." She may have heard that warning from her mom years ago and assumed it was true, or read it recently on the Internet, where such messages spread quickly and live perpetually.

The theory behind this persistent claim is that drinking water shortly before or while you eat dilutes digestive juices. This, in turn, allegedly interferes with the proper breakdown of food, impairing nutrient absorption. It also supposedly slows the emptying of the stomach, leaving you uncomfortably bloated.

I dug into issue and learned it is "totally false," as registered dietitian Tamara Duker Freuman, author of "The Bloated Belly Whisperer," emphatically put it. But I also learned that the amount and speed at which you drink water with meals could have other effects worth considering.

As with so much health misinformation, the argument against drinking water with meals appears to make logical sense, but it is based on a faulty understanding of how the body works. Here's a quick primer on the digestive process: Digestion begins in the mouth where food is mashed and softened - physically by chewing, and chemically by the enzymes in saliva. The food then passes down the esophagus to the stomach, where it is broken down by acidic gastric juices.


The resulting mixture then moves into the small intestine, where it is combined with bile acids and enzymes. About 75 percent of nutrient absorption happens at this stage. Matter that has not been absorbed is processed in the large intestine, and then excreted. The whole process takes between 24 and 72 hours.

The idea that water would dilute the digestive juices in the stomach is untrue for several reasons. First, water is absorbed in the stomach, and fairly quickly - typically within about 20 minutes. This means any possible dilution would be transient. But "even if you had a stomach full of water, it would not interfere with digestion of the food," said Deborah D. Proctor, governing board member of the American Gastroenterological Association. Water wouldn't hamper enzyme activity, she said, because "enzymes adhere to food particles regardless of the presence of water."

Nor would water affect the stomach's acidity, Freuman said. While anything you consume - food or drink - will momentarily make the stomach slightly less acidic, it responds by producing as much acid as it needs to digest that meal. That's what it is designed to do. "It's not like you start off with a certain amount of acid and that is it. If you need more, your body will make it," she said.

The belief that water slows the pace at which food moves out of the stomach and into the small intestine is at odds with science. Studies show that drinking water with a meal does not affect the rate of stomach emptying, and your stomach doesn't differentiate between a drinkable meal such as a smoothie and the same ingredients eaten whole with the liquid sipped alongside. They both take the same time to digest.

Contrary to that friend's unsolicited advice, drinking water during meals could actually help digestion, particularly during the chewing and swallowing stages, where it can help soften food and move it down the esophagus. Being well hydrated in general also aids in the elimination stage of digestion - helping keep stool soft and moving through the bowel.

One bona fide effect of drinking water before eating is that it temporarily (remember, it's absorbed in about 20 minutes) takes up space in your stomach. This could contribute to a feeling of fullness during the meal. Whether that's positive or negative depends on your perspective. If you are trying to lose weight, studies show people tend to eat less at a meal after pre-loading with 1 1/2 to 2 cups of water. But that effect could be a hindrance if you fill up before get the nutrients you need. Another potential negative is that the full sensation water brings makes some people feel uncomfortably bloated.

If you choose to drink a couple of glasses of water at mealtime, whether to manage your portions or simply to quench your thirst, Freuman suggests you sip it slowly. Gulping or slurping, which makes you swallow air, could lead to burping and gassiness.

The bottom line is that you should feel free to drink as much water as you'd like before and during your meal, knowing there are no digestive downsides - as long as you take it slowly.