It Could Happen To You

Medical mystery: 'Once one symptom went away, another would appear' 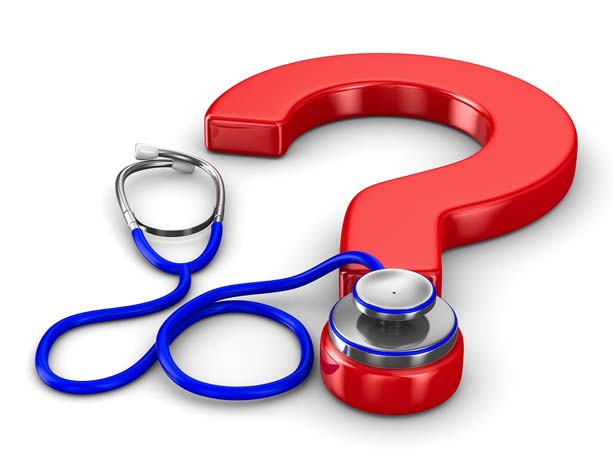 Kimberly Ho, a newly minted nurse at Children's National Medical Center just off a 12-hour overnight shift, struggled to focus on a presentation about working with sexually traumatized children and adolescents.

As the picture of a skin infection flashed on the screen, the 22-year-old snapped to attention.

The instructor was recounting the story of a teenage patient who had been given an incorrect diagnosis by a doctor in training - a breach of hospital protocol that had caused an uproar. The lecture, aimed at new staff members, emphasized the importance of working within the chain of command. The girl's actual diagnosis was largely beside the point - except to Ho.

"I thought, 'Whoa, that looks a lot like my mom,' " Ho said she remembers thinking as she typed the name of the disease into her phone.

For more than two years Ho's mother, Tuyet Le, now 56, had been battling a series of perplexing and painful symptoms, including recurrent genital ulcers similar to those pictured in the slide. Despite various diagnoses, none of the prescribed treatments seemed effective. Le's symptoms would flare, then vanish, only to recur weeks or months later.

Ho's attendance at the September 2017 lecture would prove to be instrumental in diagnosing her mother's illness, a process complicated by a language barrier. (Le, who emigrated from Vietnam, speaks little English.)

"What was hard is that I went to work and could do all these things for other families, but not for my own mother," said Ho, who accompanied her mother to most medical appointments, often acting as interpreter and advocate.

Her mother's first symptom - genital ulcers - occurred in July 2015, Ho said, while her parents were vacationing in California.

Ho, then in nursing school at Towson University, said that her mother, who was in considerable pain, overcame her embarrassment and called her older daughter for advice.

The drug worked and the ulcers disappeared.

A few months later, Ho said, the genital ulcers recurred, even though Le had been taking acyclovir. A blood test revealed that Le had been infected with herpes simplex virus 1, a common infection that causes cold sores. It is chiefly transmitted by oral-to-oral contact but can be transmitted during oral sex, causing genital herpes. HSV-2 is usually transmitted sexually and causes genital ulcers.

Le saw her gynecologist, who performed a biopsy. The results were inconclusive, so the doctor referred Le to a dermatologist. When the ulcers disappeared a few weeks later, Le decided there was no point seeing the specialist.

Several months later, she confronted a new problem: Her right elbow was suddenly swollen and painful. Le, who has worked for more than two decades in a factory that makes airplane parts, struggled to perform her job.

She consulted a rheumatologist who diagnosed her with rheumatoid arthritis, an autoimmune disease that causes painful, swollen joints. After several weeks, the swelling disappeared, but the genital ulcers returned.

Le's modest mother found the recurrent ulcers - and the need to involve her daughter in discussions of them with doctors - particularly upsetting.

"It's a weird thing for me to talk about this because it's my mom's stuff," said Ho, who was born several years after her parents arrived in the United States. "And a lot of medical terms are hard to translate into Vietnamese."

Ho said her mother was especially worried about the mushrooming cost of tests and treatments not covered by insurance that strained the family budget.

In the fall of 2016, six months after the elbow problem had resolved, Le woke up with a badly swollen left ankle. "It looked like it was broken," Ho recalled. The ankle was hot to the touch, suggesting inflammation or a possible infection.

Le assured her daughter that she hadn't fallen or suffered an injury. Unable to walk or drive for several weeks, she was forced to stop working temporarily.

Because high levels can indicate a serious disorder, including some forms of cancer, Ton referred her to a hematologist.

The hematologist said he wasn't sure what was wrong. Ho said he recommended a hip bone biopsy and ordered "a ton of labs" - mostly specialized blood and urine tests. Le refused the bone biopsy; the blood and urine tests showed nothing unusual. By now, she was battling a new problem that made her especially miserable: oral ulcers pocked her tongue and the inside of her mouth.

"Once one symptom went away, another would appear," Le said in a statement she dictated to her daughter. "My mouth ulcers had gotten so large I could only eat soup because I was in so much pain."

Ho said her mother's episodic, debilitating illness was taking a toll on the family. She often ducked out of class to call doctors, while her normally active mother grew depressed, worried about her health and the family's mounting medical bills.

"She was kind of freaking out," Ho recalled. "She kept asking, 'Do I have cancer?' "

Ho confided in several professors, asking if they had any suggestions about what might be wrong. While sympathetic, none did.

"All the time I was watching her suffer, no one could tell me what was going on," Ho said.

A passing reference in a class would change that.

The case, Ho recalled, involved a teenager who had been told by a resident that she had genital herpes.

"The family freaked out and asked how she got it," Ho said.

After a work-up, the girl's ulcers were found to be a symptom not of herpes but of a rare disorder known as Behcet's syndrome or Behcet's disease. The chronic disorder causes inflammation in blood vessels in various parts of the body. Attacks flare, then subside. Oral and genital sores are among the most common symptoms. Without treatment, inflammation can worsen causing blindness, a stroke or, rarely, death.

Ho called her cousin, who had recently graduated from medical school, and asked him if he'd ever heard of Behcet's, which is believed to result from a combination of genetic and environmental factors. He hadn't, but advised her to do some research.

The similarity of her mother's symptoms, their episodic nature and the fact that Behcet's is common in parts of Asia bolstered Ho's suspicion.

A few weeks later, Le developed a quarter-size boil on her calf. The genital and oral ulcers returned.

"I remember thinking, 'I really feel she has this disease,' " Ho recalled.

Ho persuaded her mother to see a new dermatologist. But by the time the appointment rolled around several weeks later, the sores were gone.

A few months later when they recurred, mother and daughter saw Ton, the internist.

"I showed him all the pictures I'd taken and said 'I think she had Behcet's,' " Ho recalled.

Ton remembers feeling less convinced. There is no test for the disease, which is rare in the United States, affecting about 16,000 people. Diagnosis is based on the presence of hallmark symptoms and on ruling out other illnesses. At the time, Ton noted, Le did not have eye pain or uveitis, a form of eye inflammation frequently seen in Behcet's patients.

"In order to diagnose it you have to have heard of it and think of it," Ton said. He had never seen a case of Behcet's. But Ton said he had heard of it because his mentors during his residency were rheumatologists.

Several months later, during another flare, Le returned to Ton, who had concluded that Behcet's sounded likely. He prescribed prednisone, a corticosteroid that is a mainstay treatment for the disease.

Ho said that she and the internist agreed that a formal diagnosis would hinge on a visit to a second rheumatologist, with whom Ton conferred in advance.

Le saw the specialist in May 2018. The doctor diagnosed Behcet's and tweaked Le's medication regimen. In the past year, Ho said, her mother's health has improved and she had not suffered a flare.

"It was a long and frustrating process," Ho said of her mother's search for a diagnosis. "I give Dr. Ton a lot of credit."

Even with decent medical insurance, Ho estimates, her mother's out-of-pocket bills totaled about $25,000.

Le said she is "so thankful that my daughter is a nurse and was able to attend class at the hospital that day." Without it, she continued, "I am not sure if I would have a diagnosis right now."

Ho said that her mother's case has made her more sensitive to some of the obstacles her patients may face.

"It made me put myself in the place of a family who is non-English speaking," Ho said. "Even with translators, it's difficult."

Previously:
• A fitness fanatic runs into an alarming ailment that was caught in the nick of time
• Leaping from specialists to ERs fails to solve this young boy's odd ailments
• Doctors dismissed her, but she turned out to be right after years of needless suffering
• Doctors couldn't quiet the loud, nonstop crunching noise in her head
• She had rashes. But don't all kids?
• They told her she had the flu; it would be years before they discovered the real illness
• The girl who couldn't stop coughing
• One day, a serious athlete couldn't walk straight. Doctors were stumped
• Doctors thought they knew the cause of a teen's seizures. So why didn't he get better?
• Hoping to find other patients, he revealed a cancer often mistaken for 'jock itch'
• He woke up unable to walk. WHY?
• Increasing breathlessness leaves woman searching for answers
• Cancer? She thought so, and so did her doctor
• Doctors made light of her situation. Their ignorance could have resulted in death
• When he became moody and delusional, doctors feared dementia. His family doubted it. Were they ever right!
• For half her life, doctors told her to lose weight, but something horribly wrong was going on
• This fit young woman was having strokes, and doctors didn't know why
• With pain was so severe, he was afraid he was going to die. Some doctors didn't believe him. Others, couldn't -- or wouldn't -- help. Until one finally did
• A feeding tube kept her alive. Then a determined medical student figured out the problem
• Simple test proved that a teen with stomach pain wasn't a hypochondriac after all
• A mom's discovery about her daughter's odd teeth leads to a shocking revelation
• For more than two years, he lived with a diagnosis of fatal dementia. He never had it
• What caused a newborn twin's swollen legs