Is Sanders past his sell-by date? 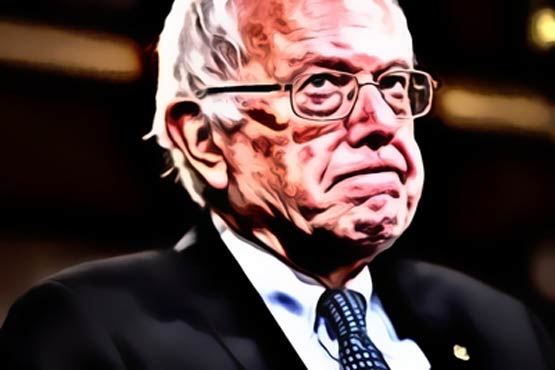 Despite Sen. Bernie Sanders, I-Vt., promising to bone up on foreign policy this presidential election, he remains shockingly unprepared, even on major issues that most lawmakers have mastered. He had this exchange Sunday on "Meet the Press":

CHUCK TODD: A couple of questions. I'm curious. On the issue of the U.S. embassy in Jerusalem, would you move it back out of Jerusalem, if you thought it was a way to get a peace deal?

SEN. BERNIE SANDERS: Yeah. I think it's something that we should - I can't give you a definitive answer, but yeah. The answer is, look, whether it is Iran and Saudi Arabia, whether it is Israel and the Palestinians, the United States needs to bring people together, needs an evenhanded policy. In Saudi Arabia, for example, for decades, we have supported a murderous regime which fights democracy every single day. So I want an evenhanded policy which brings people together.

CHUCK TODD: Would you move the embassy, now, out of Jerusalem? Or would you keep it there for the present?

SEN. BERNIE SANDERS: Look, Chuck, that is - we'll take that one step at a time. It's something - you know, bottom line is, we need to be a - we are the most powerful country on Earth. Let's bring people together and try to bring peace.

Bring everyone together to bring peace? You expected to hear that from Sanders in the 1980 s - back when he was praising Fidel Castro, honeymooning in what was then the U.S.S.R. (it was on verge of its dissolution, but Sanders was delighted with what he saw) and showering praise on failed economic systems. Sanders has never been one for hardheaded foreign policy judgment.

Democratic front-runner Joe Biden's team must look at such a performance, wipe the lint off their shoulders and continue on with their strategy of running a general election campaign.

Sanders in both foreign and domestic policy manages to be both ordinary (e.g., many candidates support the Green New Deal) and off-putting in his rigidity. (In the same interview, he insisted that Obamacare cannot be fixed and shifting to Medicare-for-all would not be disruptive.)

The number of Democratic primary voters who find his democratic socialism appealing is limited, and even among those voters, there is some recognition that Sanders's message would be a hard sell in the general election in parts of the country that Democrats must win in 2020.

The conventional wisdom has finally caught up to what moderate Democrats have known for years: There are a lot of Democratic voters nowhere near as extreme as Sanders, and these voters are going to be content with simply finding a winner.


As former North Dakota senator Heidi Heitkamp, D, said on ABC's " This Week": "One of the things that I know from talking to the most liberal of Democrats is they want someone who can win." She observed that "when they see the polling numbers out of Michigan and Pennsylvania, and they see that this president already has got double-digit lead over - this candidate, Biden has a double-digit lead over the president, they're like okay, let's get on board, let's make sure we do the one thing we all want to do, which is defeat Donald Trump as the next president of the United States."

If the primary contest were about ideological rigidity, Sanders might win. That, however, doesn't look like what is motivating Democrats. "When you look at what Democrats want, they want someone who can beat this president, and they're willing to look at any range of issues as long as they're in change from what we have whether it's on health care, whether it's on climate, we don't need to be, you know, arguing the extremes," Heitkamp says. "We just need to say what we're seeing right now, ignoring climate, ignoring the immigration problem, ignoring wealth in - disparity in this country. Those are not a path forward."

Biden may have a tougher time with more moderate contenders or with Sen. Elizabeth Warren, D-Mass., and her filing cabinet filled with policy ideas. (Compared to Sanders, she's much more willing, for example, to look at intermediary steps before we reach the nirvana of Medicare-for-all.)

Moreover, standing next to Sanders on the debate stage, Biden may look a whole lot younger than his 76 years. He sure is going to sound a lot more reasonable and informed.