In presidential politics, Pennsylvania counts most of all 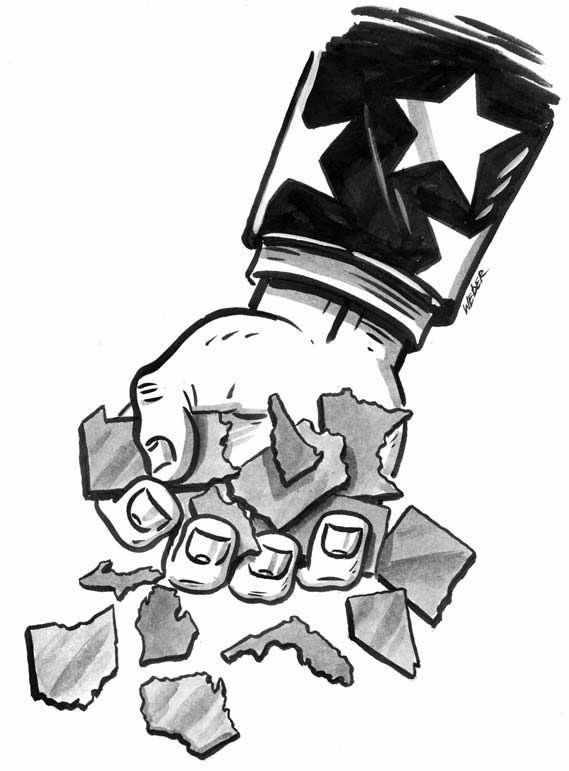 Republicans and Democrats alike recognize how crucial Pennsylvania will be in determining the 2020 presidential election.

Looking at the electoral map, if Pennsylvania returns to the Democratic column (where it was, twice each, for President Bill Clinton and President Barack Obama), President Donald Trump could not lose Florida, for example, and retain the presidency.

Without Pennsylvania, he couldn't win unless he won two out of three among Michigan, Wisconsin and North Carolina (all other states going as they did in 2016).

In short, if Democrats can win Pennsylvania, their chances of booting out Trump improve substantially.

That's good news, at this stage, for former vice president Joe Biden, born in Scranton, Pennyslvania, and decades-long resident of and U.S. senator from Pennsylvania's next-door neighbor Delaware. They love him there, they really do. There is a reason Biden held his official kickoff in Philadelphia on Saturday.

In the Quinnipiac poll released on Wednesday, Biden in a hypothetical general-election match-up against Trump would win by 11 points (53% to 42%). Sen. Bernie Sanders, I-Vt., would win by seven points and Sen. Elizabeth Warren, D-Mass., by three; Mayor Pete Buttigieg of South Bend, Indiana, and Sen. Kamala Harris, D-Calif., would essentially tie Trump; and Beto O'Rourke would lose by two points.

Despite a good economy, Pennsylvania voters overall disapprove by a 54% to 42% margin of Trump's job performance. Nonwhite voters disapprove by a 74% to 23% margin. Women disapprove 62% to 34%. And that is with an excellent economy.

Turning to the Democratic primary, it's a romp. "Biden leads in a Pennsylvania Democratic primary with 39%, followed by Sanders with 13 percent, Harris and Warren with 8% each, Buttigieg at 6% and Sen. Cory Booker of New Jersey with 5%.

No other Democratic contender tops 2%."

One big reason is that 61% of Democratic voters think Biden has the best chance; only 6% think Sanders does. Whether or not Biden really would have the greatest chance (and the general-election poll suggests he would), the supermajority of Pennsylvania Democrats who perceive him as the most electable give Biden a big advantage in an election Democrats are desperate to win.

Biden's base of support is similar to his base in other states. Biden leads the pack by substantial margins among somewhat liberal and conservative Democrats, women and Democrats over 50. These fit the description of "dependable voters."

Biden's pitch in other states' primaries that Democrats won during the Obama era but Hillary Clinton lost in 2016 (e.g., Ohio, Michigan, Wisconsin, North Carolina, Iowa and Florida) is likely to be the same: I can win these states because whites, blacks, women, seniors, et al. know and trust me.

He'll be able to say he's already gotten under Trump's skin and will drive him around the bend (well, farther around the bend in the general election). And for those Democrats craving normalcy, getting on track on progressive priorities (e.g., equality for the LGBTQ community, fighting climate change, reducing income inequality) Biden can say, You guys know me. I know how to deliver.

It's not radical or scintillating, but then, as we have been writing for months now, the rest of the mainstream media have figured out the party doesn't resemble the Twitter universe and has a bunch of older and middle-of-the-road voters.

When you understand that, you can see why Biden is doing as well as he is. He certainly can falter, and we reiterate that no voting takes place until February 2020.

That said, Biden might be doing especially well in his birth state, but he's pretty much dominating everywhere.